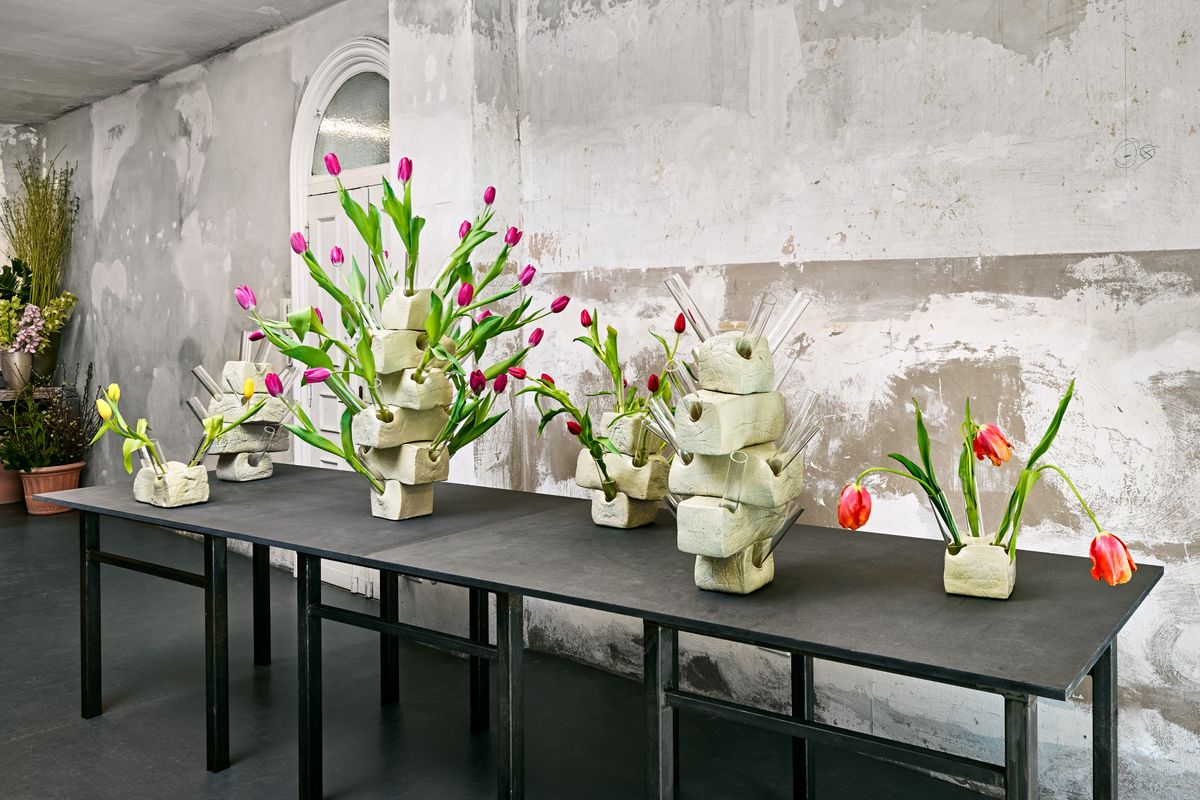 Guido Geelen (1961) has been making sculptures since the 1980s, initially primarily in clay. His earliest pieces were freely modelled organic forms. These were followed by terracotta casts of familiar objects such as books, effigies of the Virgin Mary, washing machines, vacuum cleaners, dogs and cows. Allowing the still-wet clay forms to hang under their own weight resulted in sculptures with a surreal quality, which he presented on wall consoles. Other clay forms were taken from their moulds while still wet and stacked in crates or buckets, giving the final sculptures an equally strange and strikingly geometric contour. These cube- or diabolo-shaped sculptures are at their best when displayed in a rhythmic rows, almost like works of Minimal art. Geelen also brings unity to his sculptures – compilations of skulls, hats, telephone, computers and suchlike – by putting them in identical ‘jackets’. By covering all the componenets with decorative patterns or wild brush marks or by boring holes in them in a more or less regular pattern, he gives the diverse objects a uniform character. The circular holes also create spaces for glass tubes into which flowers may be inserted. It is in these all-over patterns, which prevent the sculptures from becoming a postmodern version of Meissen figurines, that their function as vases is sublimated. Following the sculptures in which Geelen explored these formal and decorative possibilities in great detail, he returned to basics, working with clay just as it is delivered from the supplier: like loaves of bread wrapped in plastic. He decided to use the clay loaves in their most sober form and simply stacked them in criss- cross fashion to create Carl Andre-like ziggurats. Delivered as a ready-to-use malleable material, the blocks of clay are soft enough to stick glass tubes into. The resulting works are Geelen’s most restrained sculptures to date: stacks of celadon-glazed bricks that can be placed on a table and serve as vases for flowers. Alied Ottevanger, The Hague, 7 February 2017 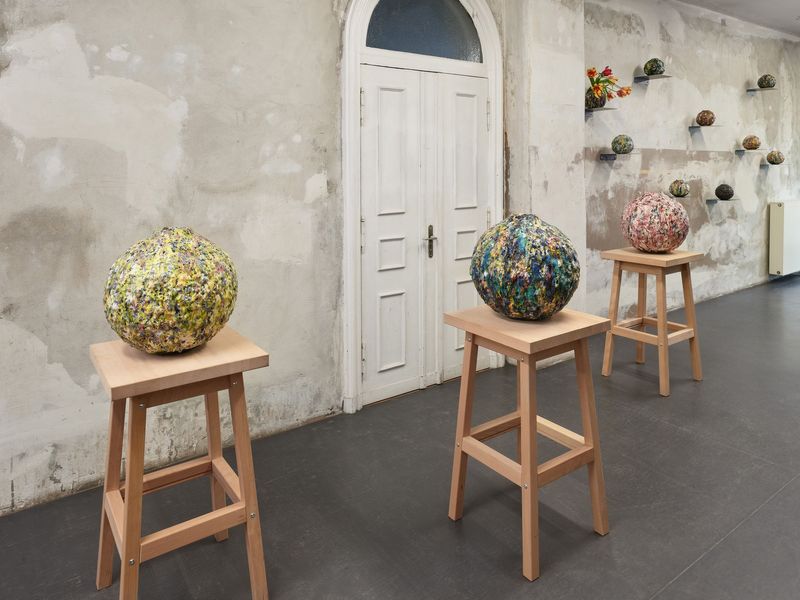 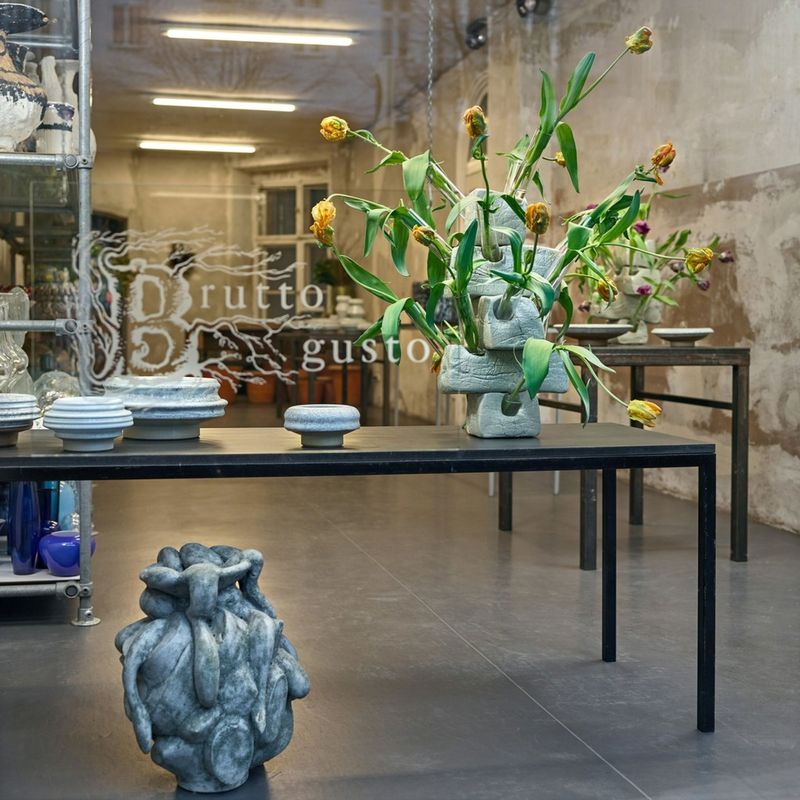 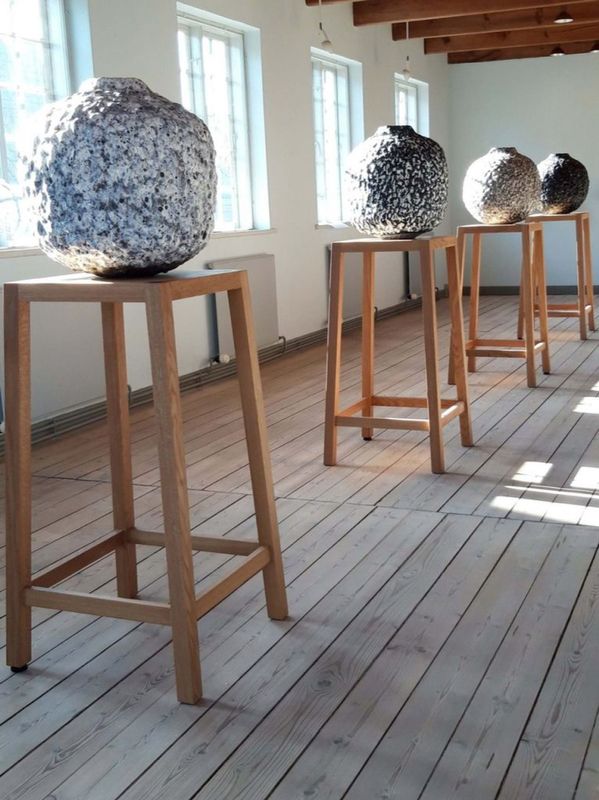 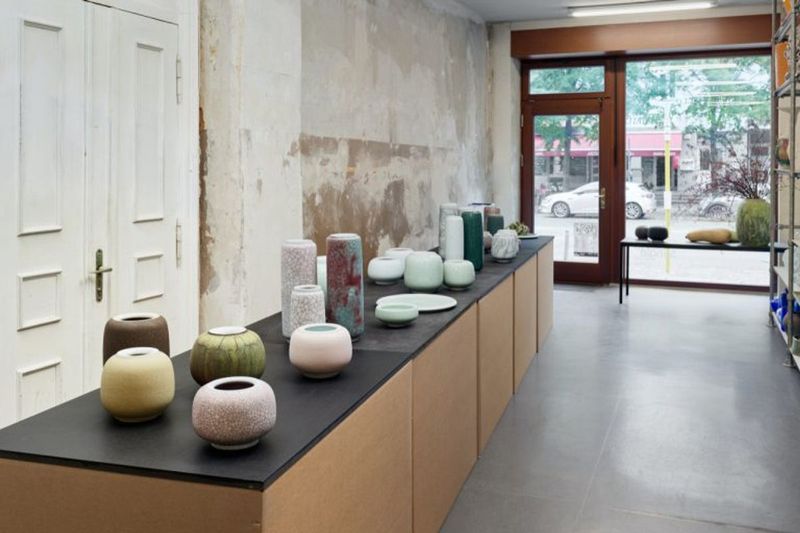 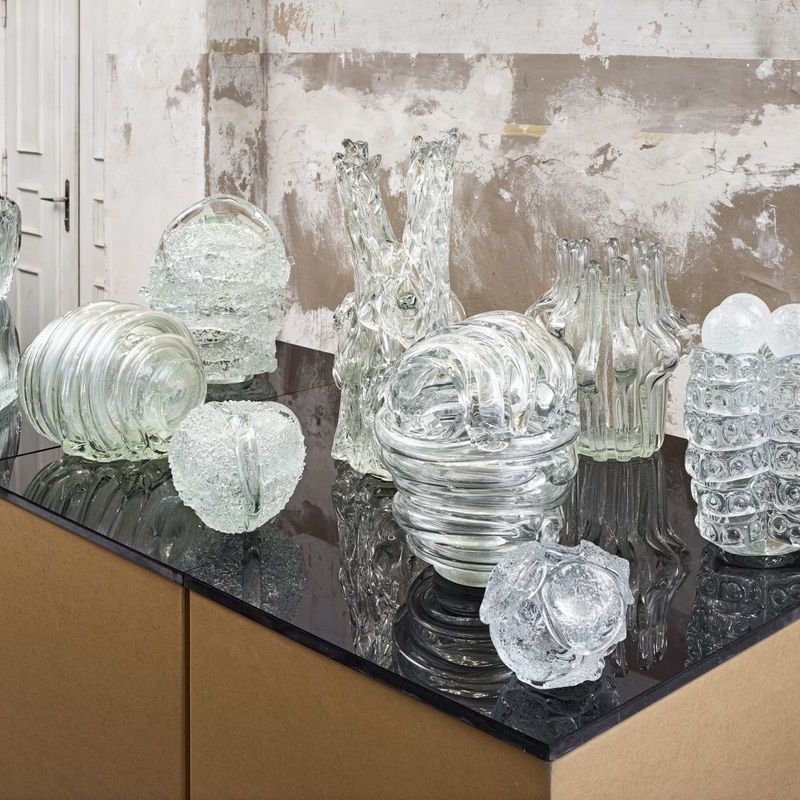 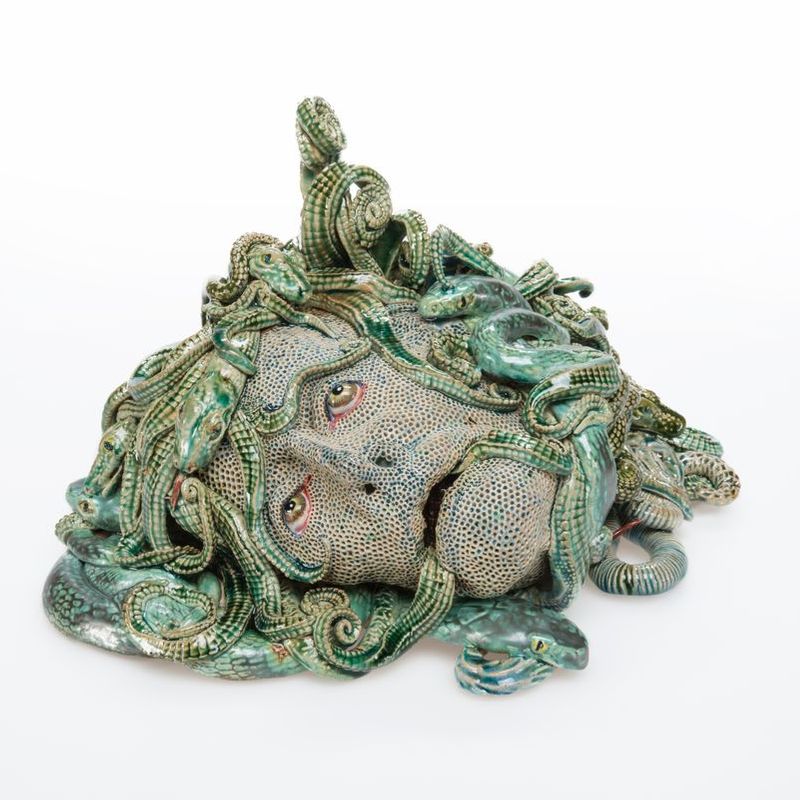 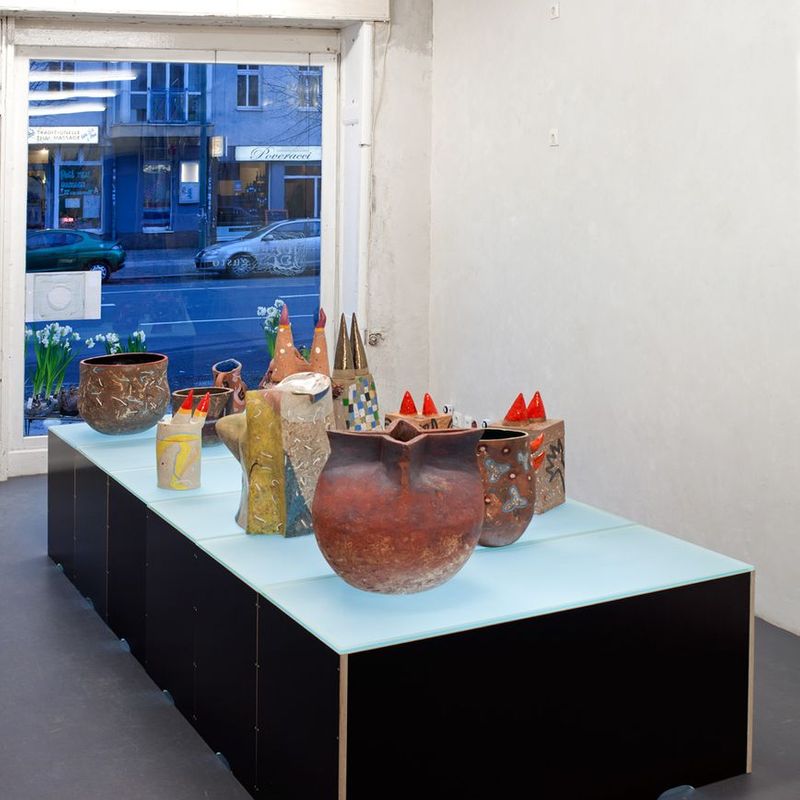 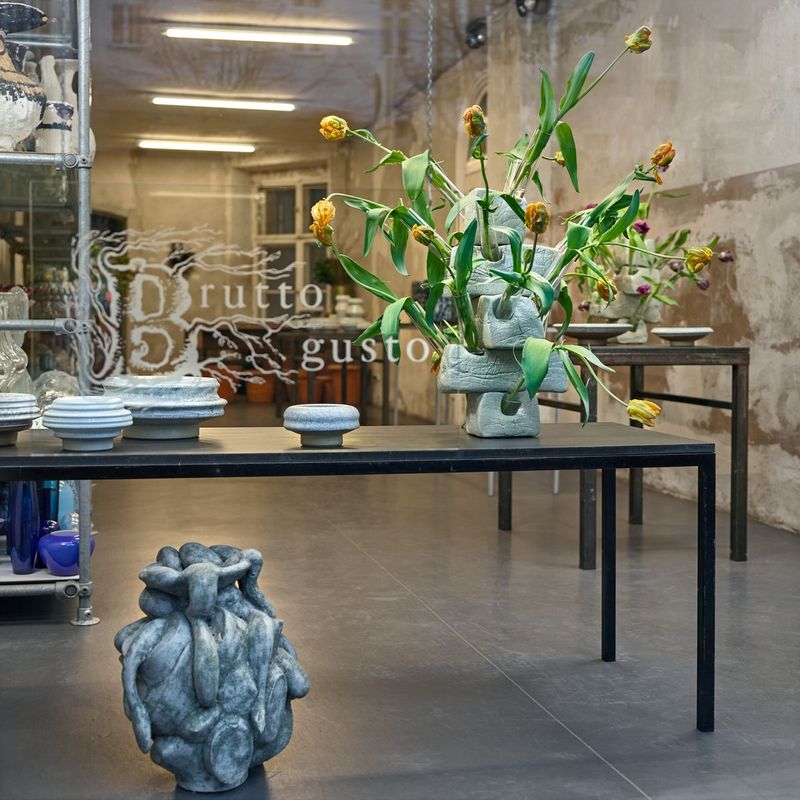 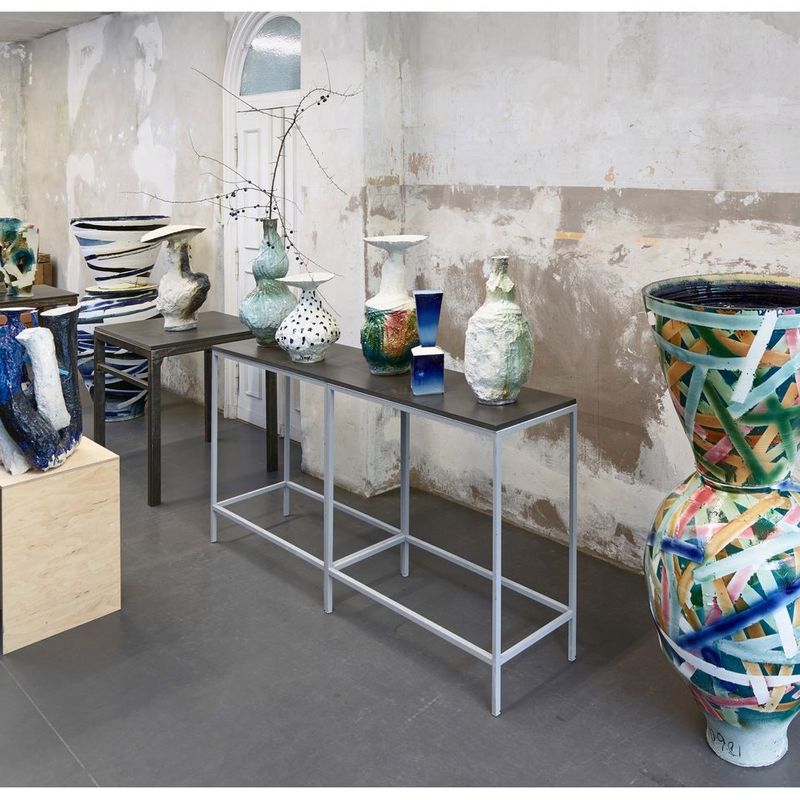 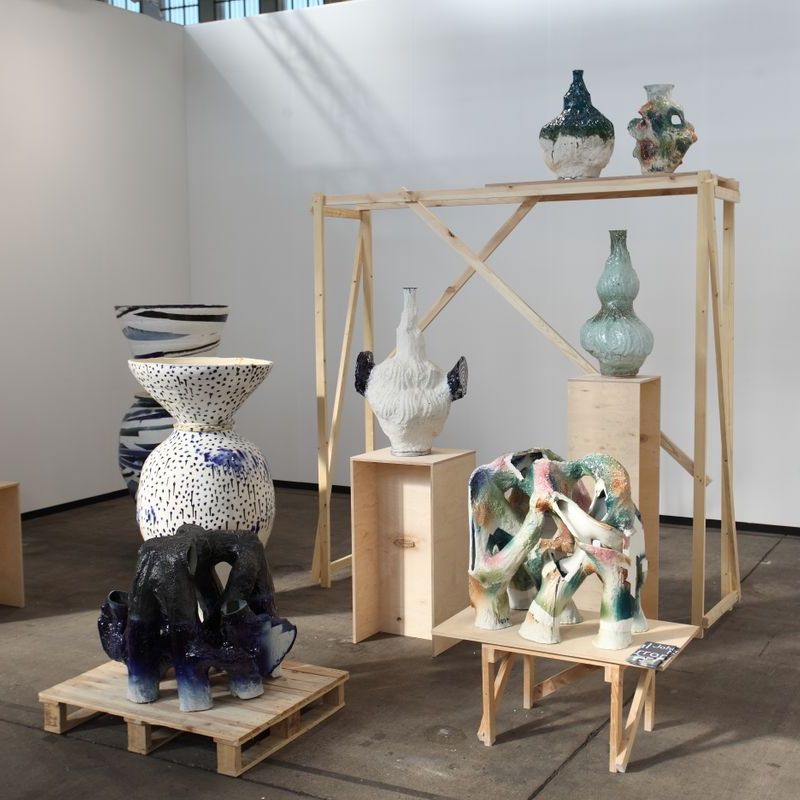 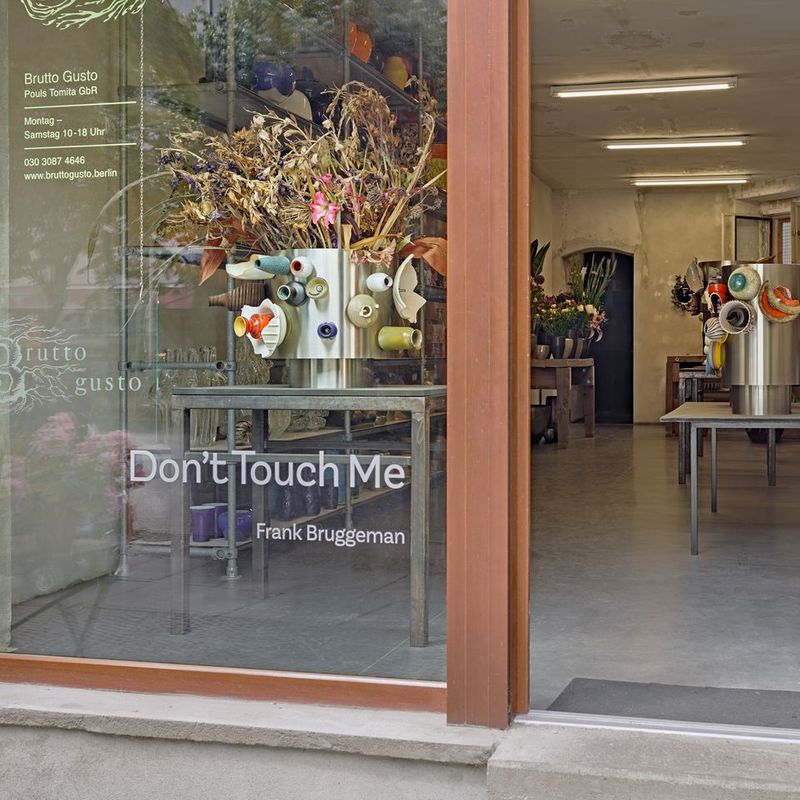 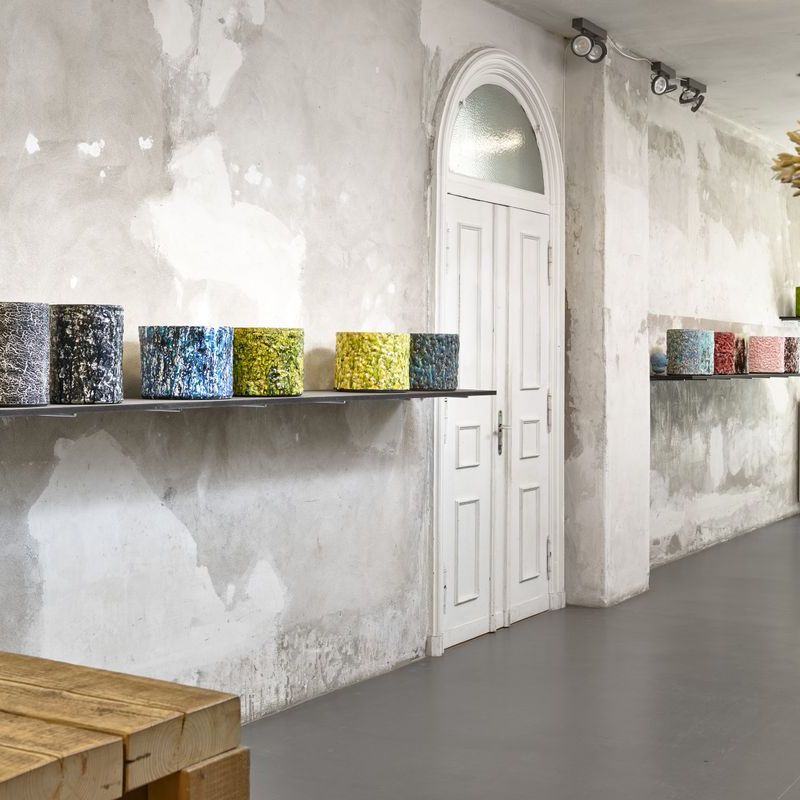 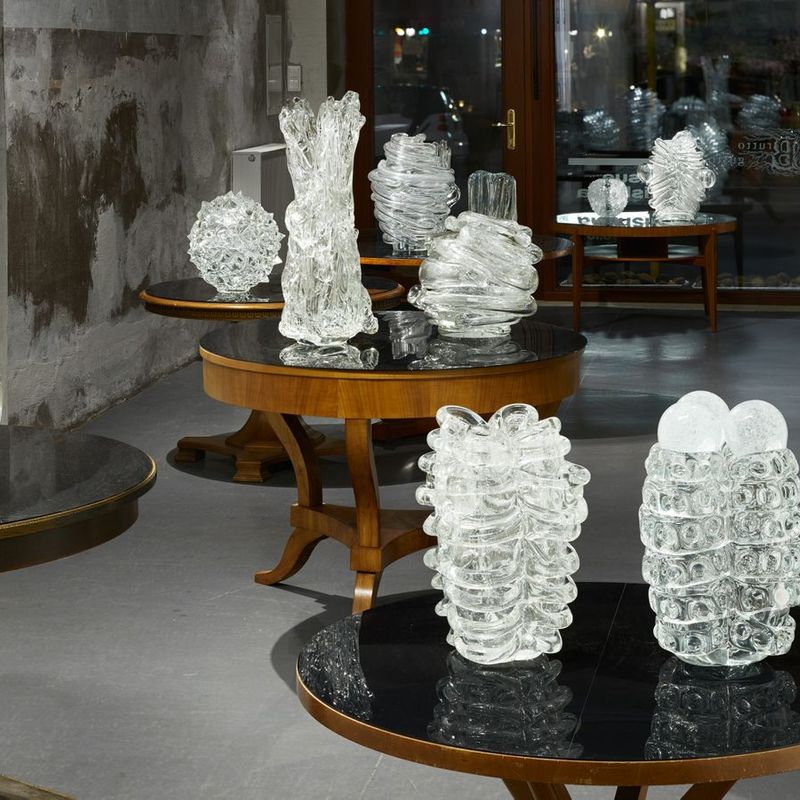