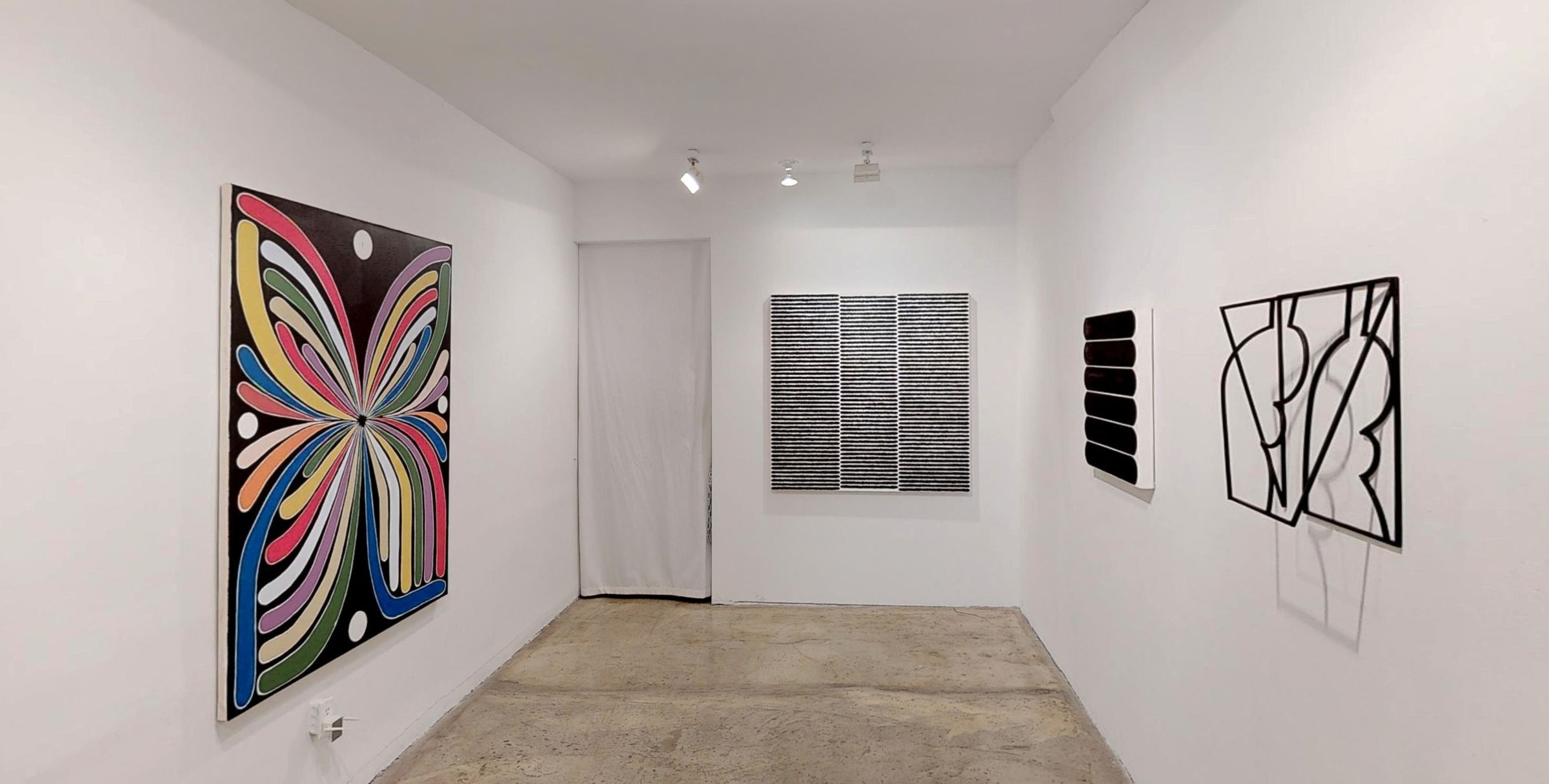 Positive, Negative, a group show of artwork by Joan Witek, Jonathan Ryan Storm, and Seamus Heidenreich. The exhibition explores the interplay of positive and negative space through the artists’ structured and intuitive practices. The role of opposition holds a distinct meaning in the context of this exhibition, creating tension, balance, and conversation between the works. Positive, Negative will be on view from January 31st until March 14th, 2020. Please join the gallery for an opening reception on Friday, January 31st, from 6-8pm. All artists will be in attendance.

Joan Witek (b. 1943) has used the color black for her life as an artist. While appearing to be simple and easily grasped, there is an ongoing language of proportion and meaning in this abstraction. Black is often considered the absence of color: it is severe, rigorous, associated with death, depression, or repression. But as Lilly Wei has written: "Witek plays these oppositions in her work: black being ascetic and alluring, meditative and expressive, flawless and flawed, fierce and demure, a distinct unequivocal presence, yet subtle, elusive.” The artist’s work is included in notable public collections including the Albright-Knox Art Gallery, Buffalo, NY; Metropolitan Museum of Art, New York, NY; Museum of Modern Art, New York, NY; Museum of Modern Art, San Francisco, CA; and the National Gallery of Art, Washington, D.C., among others.

Jonathan Ryan Storm (b.1980) grew up in California, Illinois, and London. Storm’s colorful, abstract acrylic on canvas paintings explore movement, symmetry, and pattern. The artist uses broad, curvilinear shapes to map the possibilities of line and color where one painterly action intuitively informs the next. Storm holds a B.A. in Metaphysics from Wheaton College; Norton, MA. The artist has exhibited extensively in New York, Texas, the Netherlands, Denmark, the U.K, and elsewhere. The artist’s work is held in numerous collections including the Fidelity Investments Corporate Art Collection.

Seamus Heidenreich (b. 1983) is a Vienna-based artist whose practice includes large-scale sculpture and installation. The artist’s blacksmithed steel works employ the use of line and suggest form with his use of negative space. The artist’s free-standing sculptures encourage the viewer to experience the works from multiple viewpoints. Heidenreich’s practice challenges not only his own perception of reality but the category-based memory system of the viewer. Heidenreich creates personal histories with an object. His work is informed by archeology, linguistics, and technology. 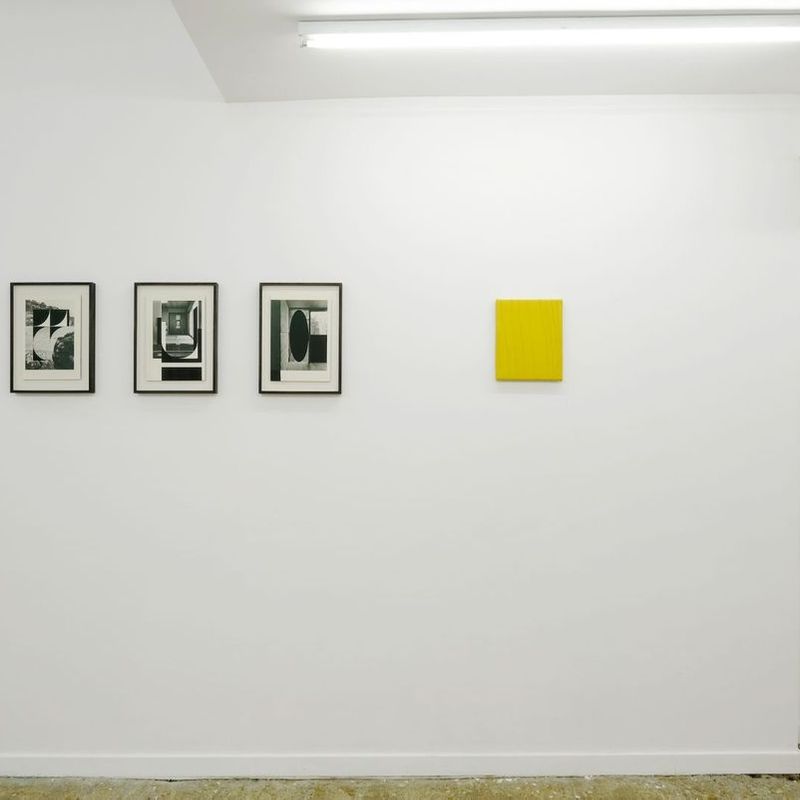 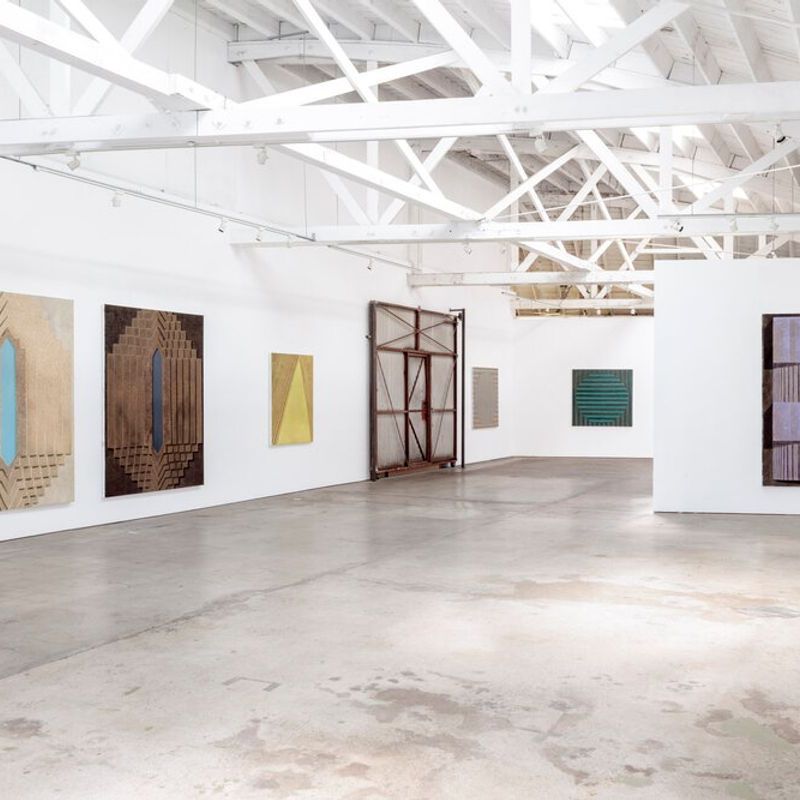 the Landing · Los Angeles, US

A Sax in the Attic