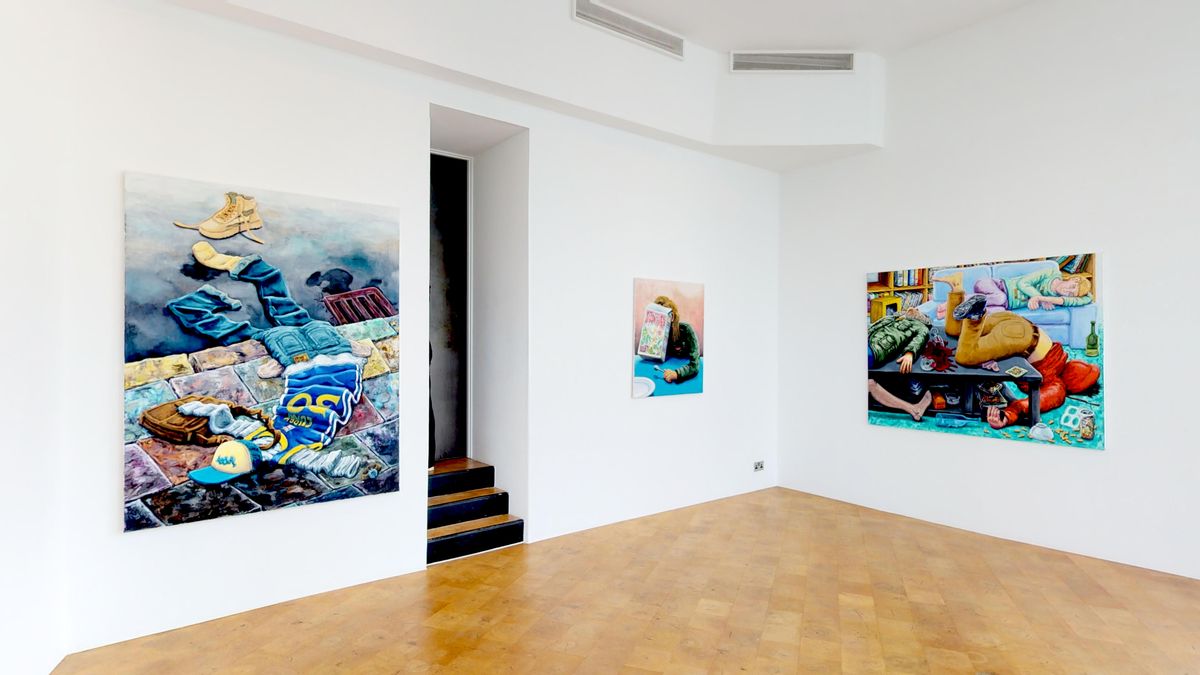 Down to Earth, by Dutch artist Willem Weismann, his first solo exhibition with the gallery. Following on from his recent shows at the Nunnery Gallery and the Zabludowicz Collection, Down to Earth will showcase a new group of paintings that take the viewer on a tour from the chaotic aftermath of a party down into the sewers below, making a few stops along the way. These scenarios are composed using a complex palette of colour, bathed in a radiant light. These vibrant scenes are at once eerily familiar and unsettling, confronting us with the debris of contemporary life and the excesses of consumerism; the direct aftermath of our existence.

Rather than working from photography or found imagery, Weismann relies solely on his imagination to compose his scenes. These intricate compositions play with painterly conventions of portrait and landscape, background and foreground, light and shape. Weismann sets up a world in which meaning is suggested through the arrangement of symbolic objects, as if they were clues connected in some kind of larger puzzle or videogame. A central motif in Weismann’s work is discovering what lies underneath the surface. Many of these paintings are like a scene from a film that continues to linger after the credits have rolled, long after the protagonist had left the frame.

The works in this exhibition have the viewer make their way through absurd urban environments. Sewers that flow underneath the streets, and work tirelessly to flush away our waste, gain semblances to tropical waterfalls and romantic moonlit reflections.

We are also taken into the homes from which these streams perhaps once originated. Interiors are shown at various angles and are filled with survivors of something that can be described as halfway between the aftermath of a long over party and some unspecified natural disaster. What unites these works is their sense of a sobering realisation of the consequences of our actions. The paintings playfully hint at concerns about our current crises regarding the environment, overpopulation, extinction and our polarised post truth political climate. 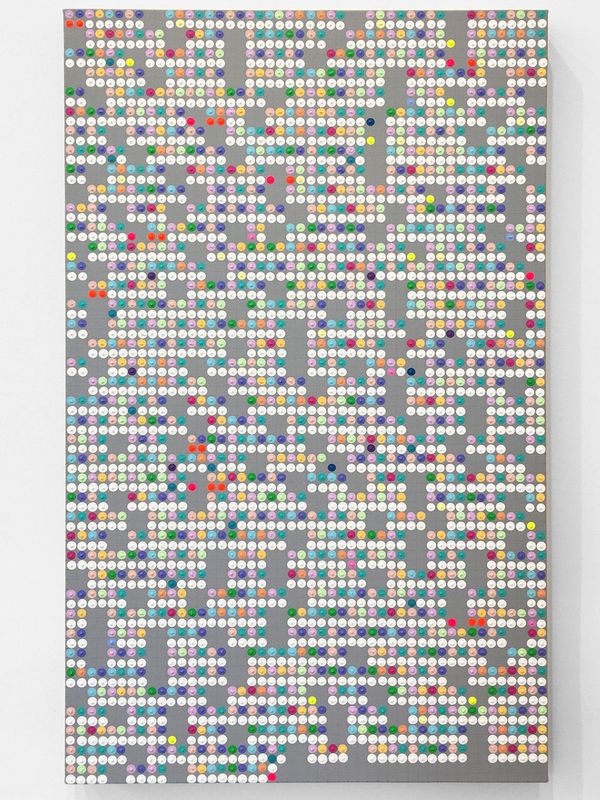 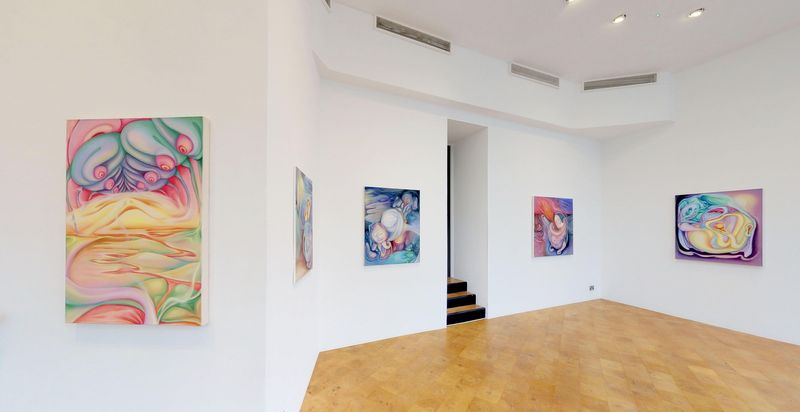 A Haze in their Gaze 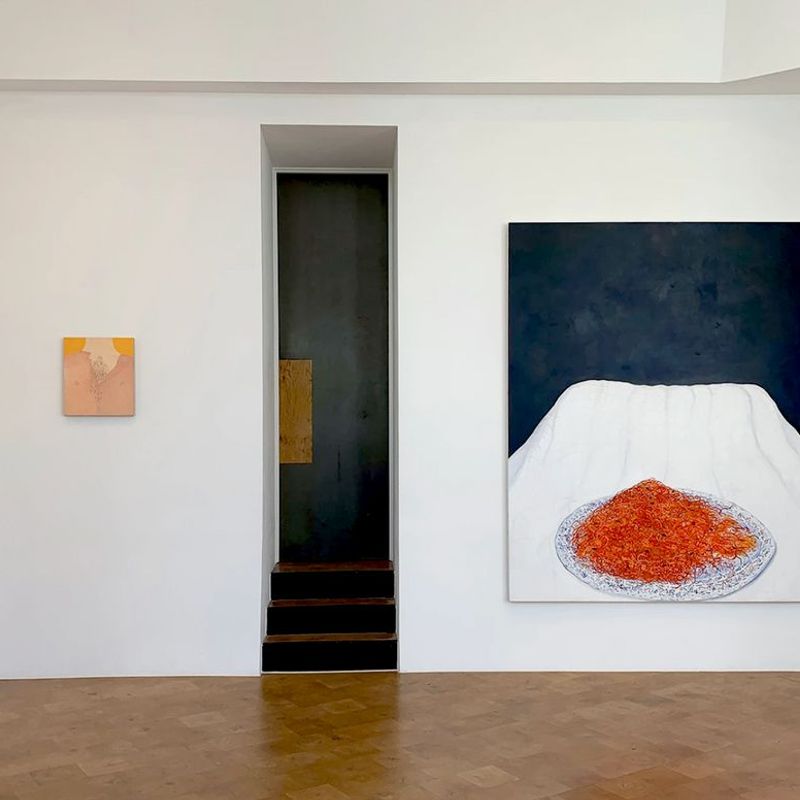 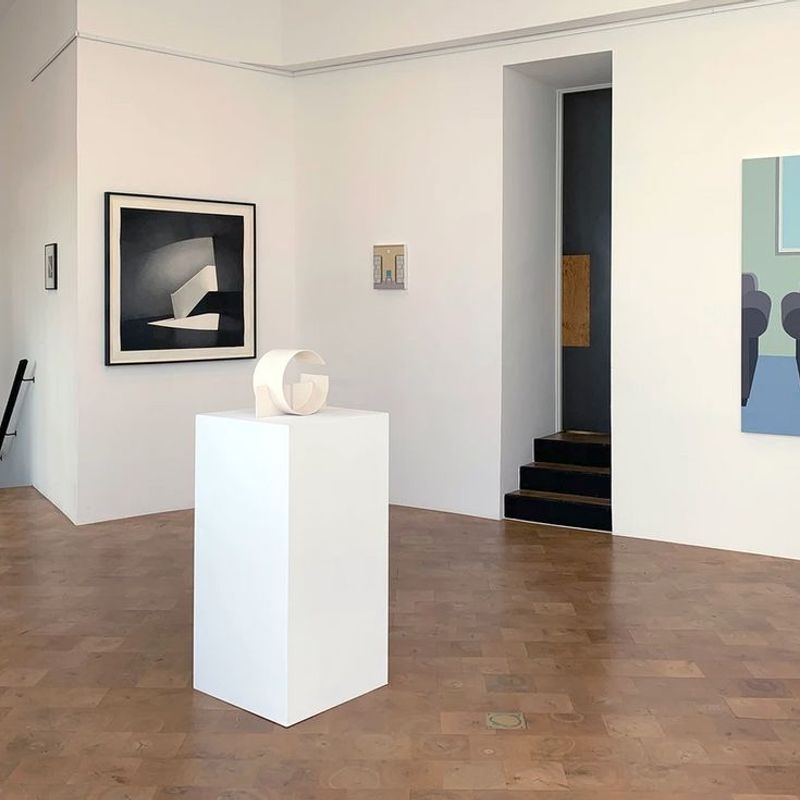 The Light in the World is Without a Significant Plan 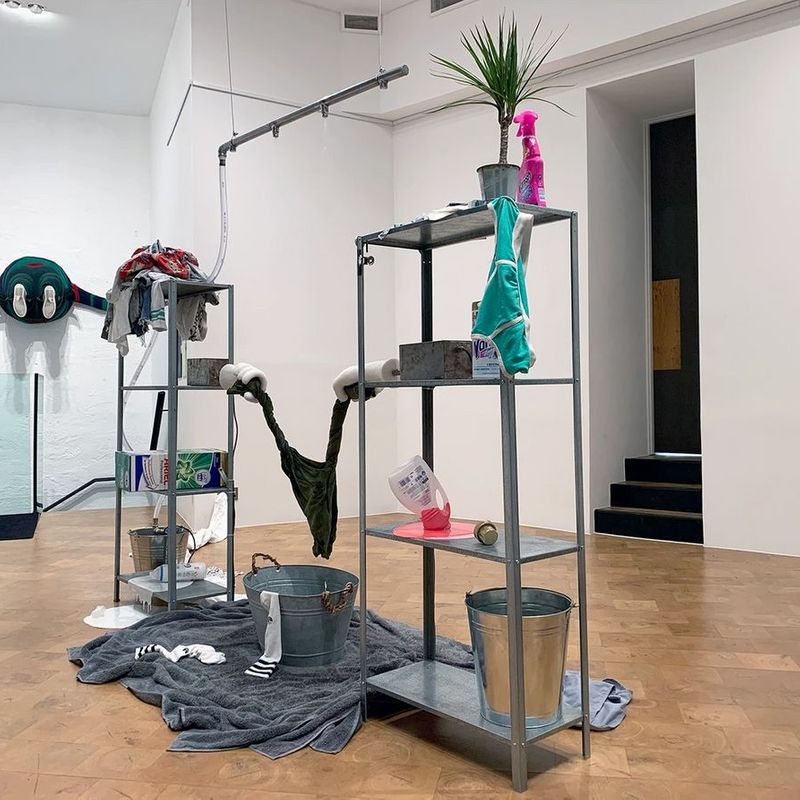