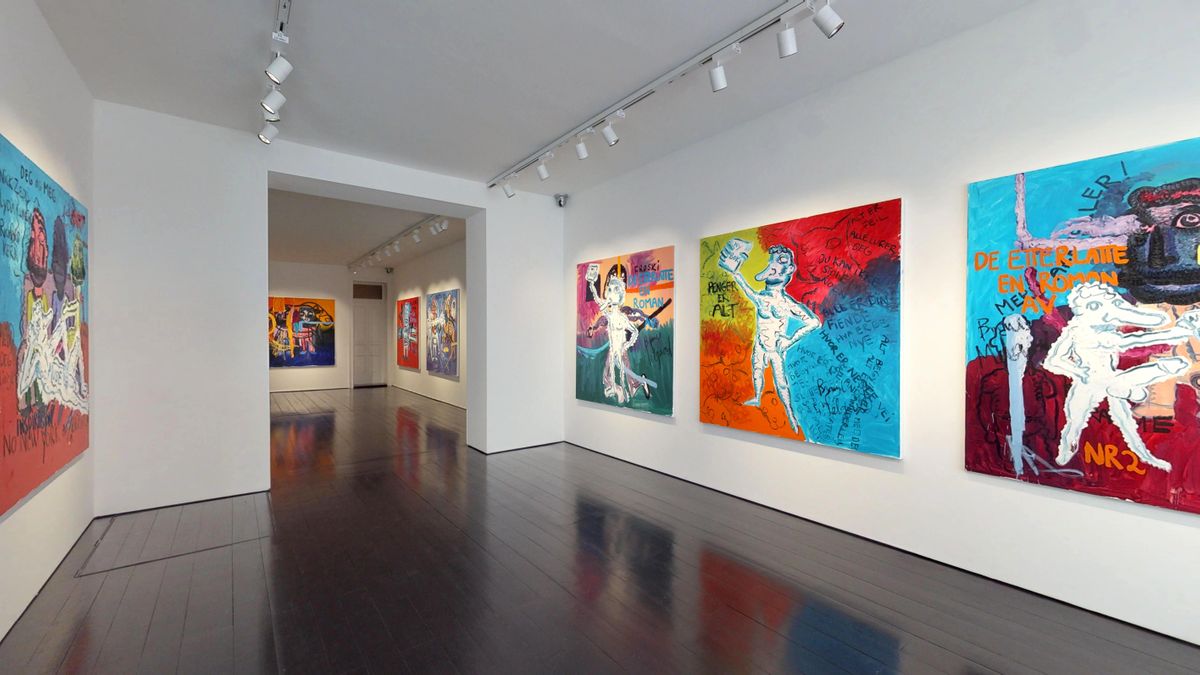 Bjarne Melgaard’s prolific and diverse practice can be regarded as single work that is being worked on all the time – a Gesamtkunstwerk. As part of this continuous project, Melgaard has also written 15 novels. While some of these novels have been written and published with an ISBN, other novels are constellations of objects, staging of furniture, floor-to-ceiling written installations. This group of new paintings, rendered in bright reds and blues, a recurring pale purple, take his latest novel as a starting point.

Melgaard is a thoroughly multi-disciplinary artist. In the past year alone, he wrote and designed a puppet show in homage to Kathy Acker, collaborated with the Snøhetta architects to build A House to Die In near Munch’s former home, and curated an Instagram extension to a series of paintings. He emerged in a black metal scene in the early 1990s, citing Dubuffet, Art Brut and art done by the mentally ill as influences. He also emphasizes the profound impact the writing of Guillaume Dustan, Stephen Spender and the theory of Craig Owens, Baudrillard and Paul Virilio have had on him.

The novel, as a form, and paint, as a medium, are two modes of expression to which Melgaard has insistently returned. In New Novel Paintings, he stages a dialogue between these elements of his practice. Written in Norwegian, his auto-fictional novel reflects on finding a truer sense of self, an introspection influenced by his return to Oslo last year after a decade in New York. The paintings take the novel and a commitment to paint only when struck with a strong urge to do so as a symbiotic starting point.

In New Novel Paintings, Melgaard continues to investigate the male character, employing the scrawled handwriting and playful colour that have long distinguished his work. A nude man with an outstretched arm brandishes a book labelled Ny Bok (New Book). This announcement is reiterated throughout the works, a gesture at once of discovery, triumph and defence. The handwriting destabilizes the paintings, complicating the narrative whether left unintelligible to non-Norwegian speakers or deciphered with an online translator. Across blue and red paint to the right of one such proclaiming man: Money is everything! Everything is wrong! Everyone is wondering? What comes next? Where are the others?; another announces, They’ve left a novel!; a third threatens, Do not come any further! The paintings make no distinction between the banal and the essential: The works engage classical questions of colour and form, address aging and self-discovery, but also imagine cartoonish cyclopes and revel in the rudimentary application of color.

New Novel Paintings marks a shift in Melgaard’s oeuvre: the sado-masochistic scenarios that populated past canvases begin to feel distant. Zooming out to consider archetypes, zooming in to consider who he really is, feels more significant now. Melgaard jokes that perhaps he has matured. The perceptiveness and the playfulness persist, renewed here by a declarative self-discovery. 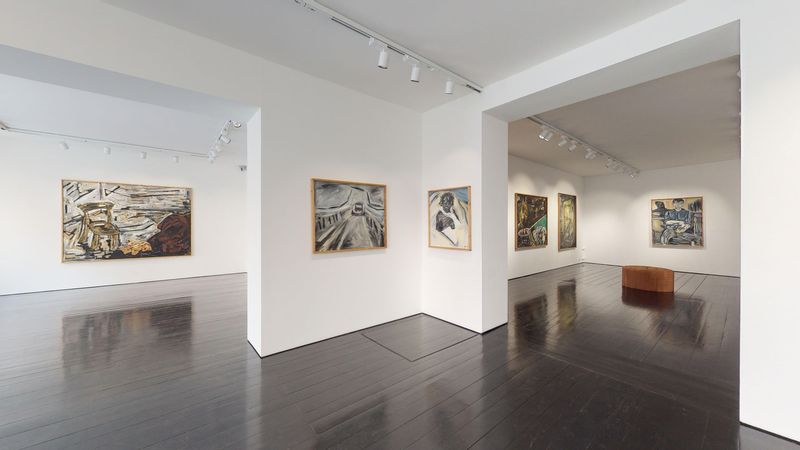 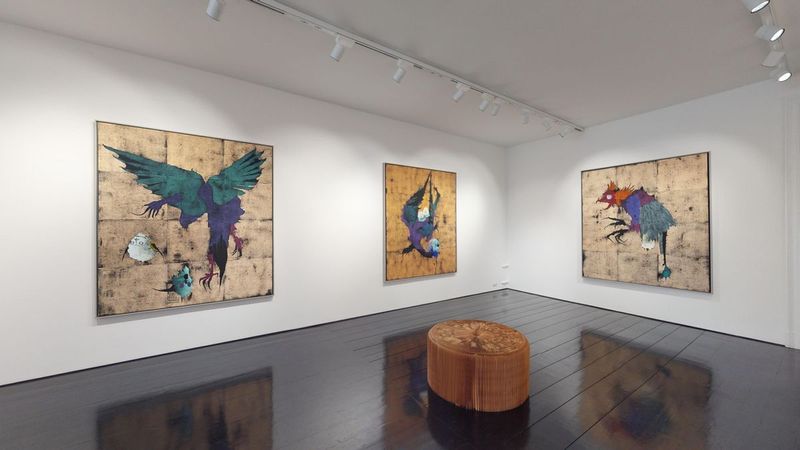 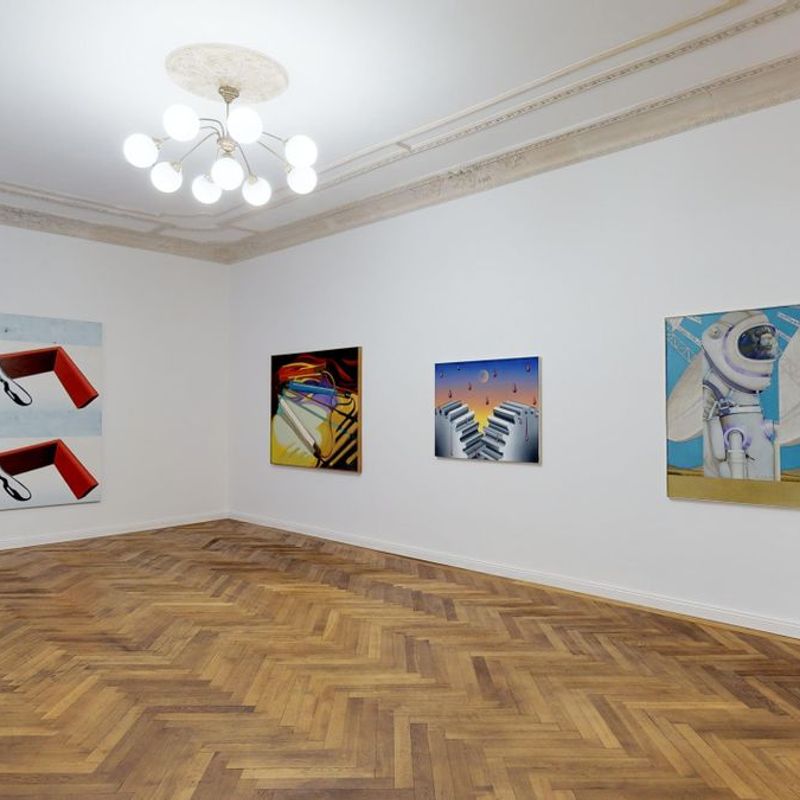 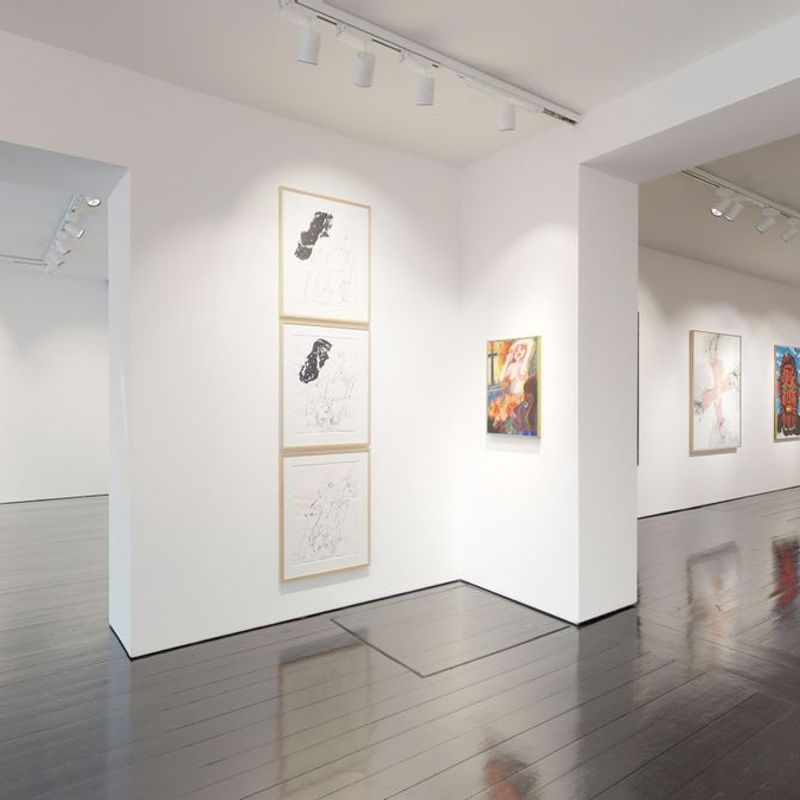 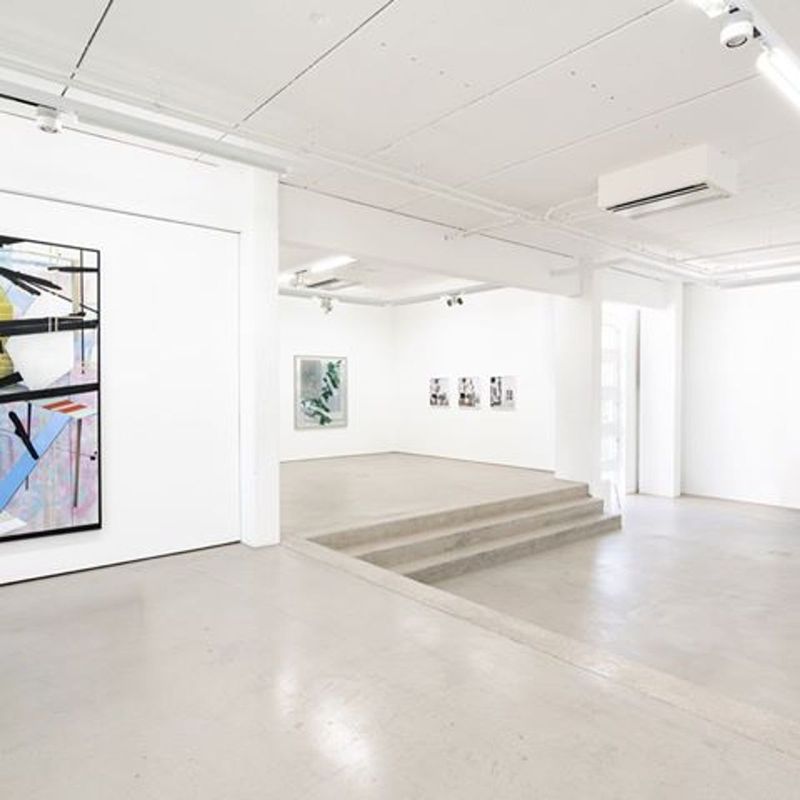 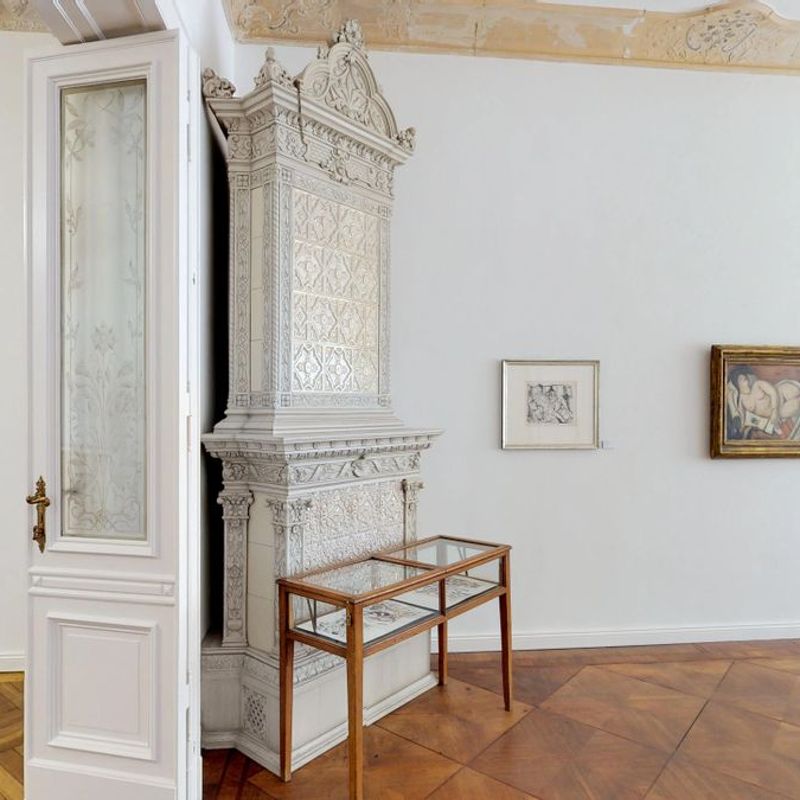 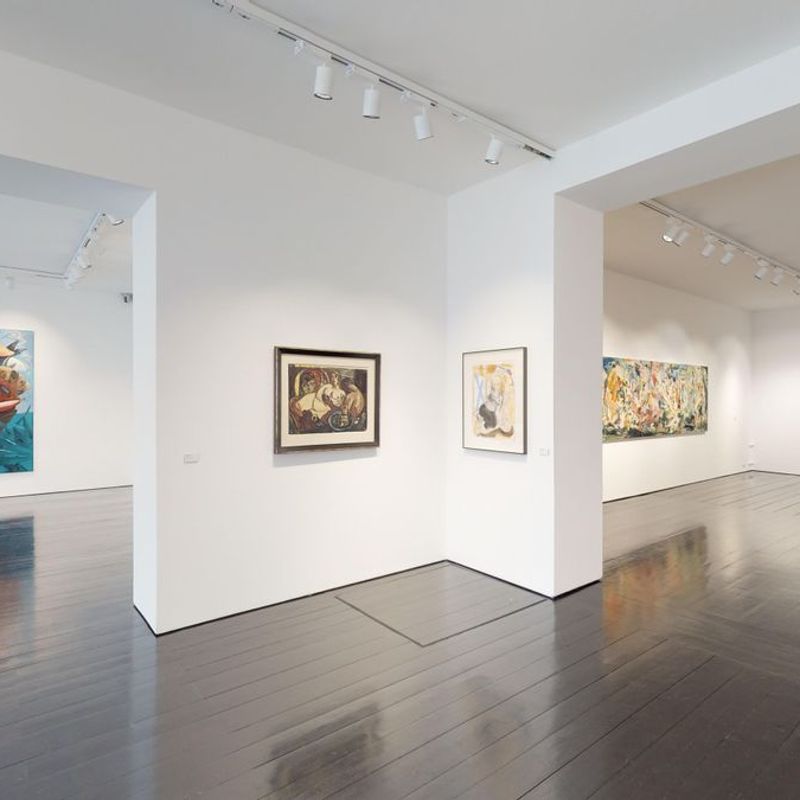 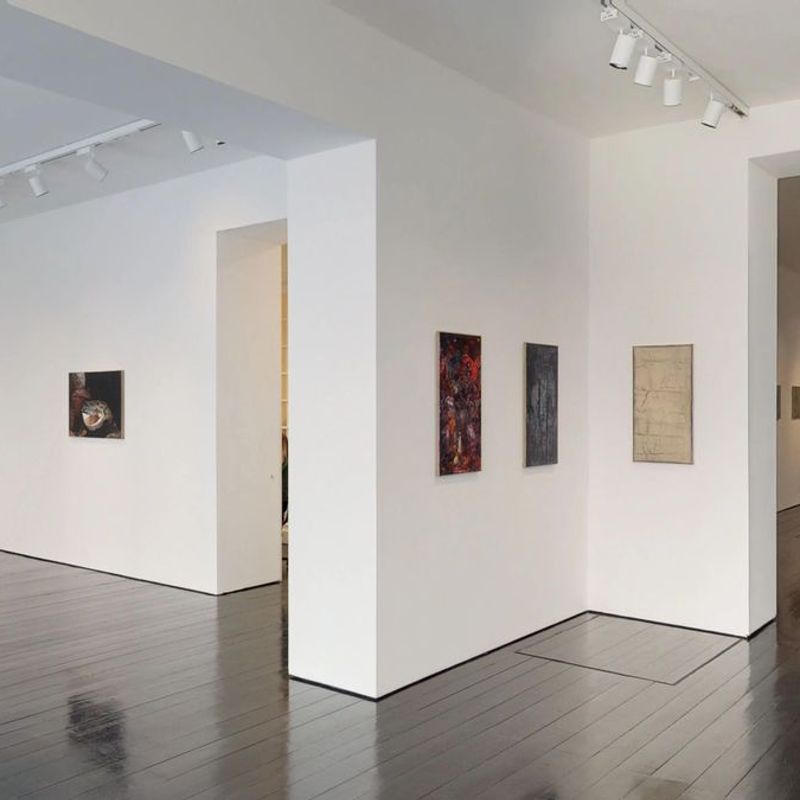 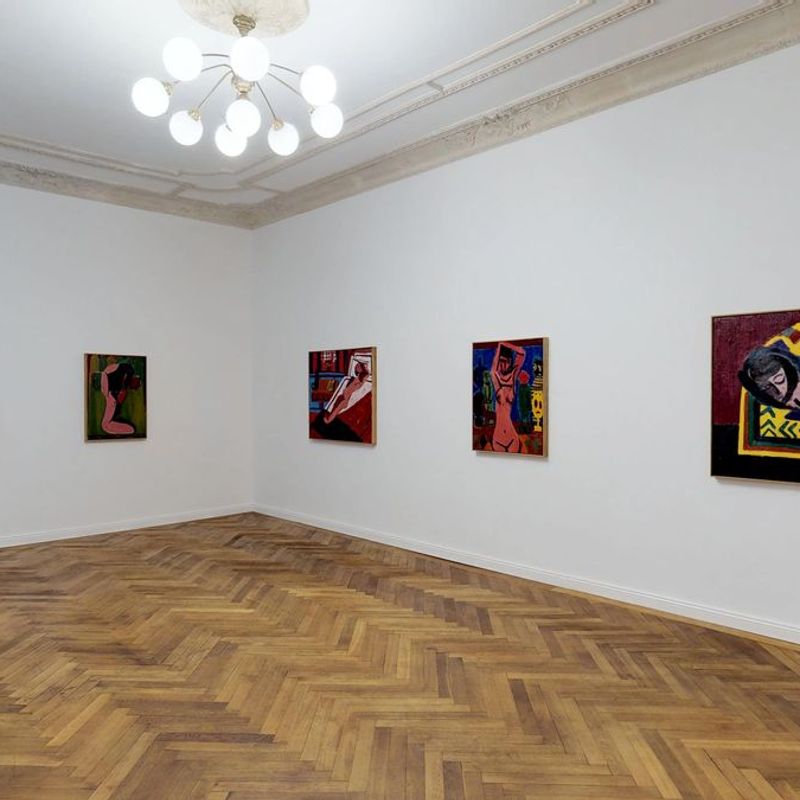 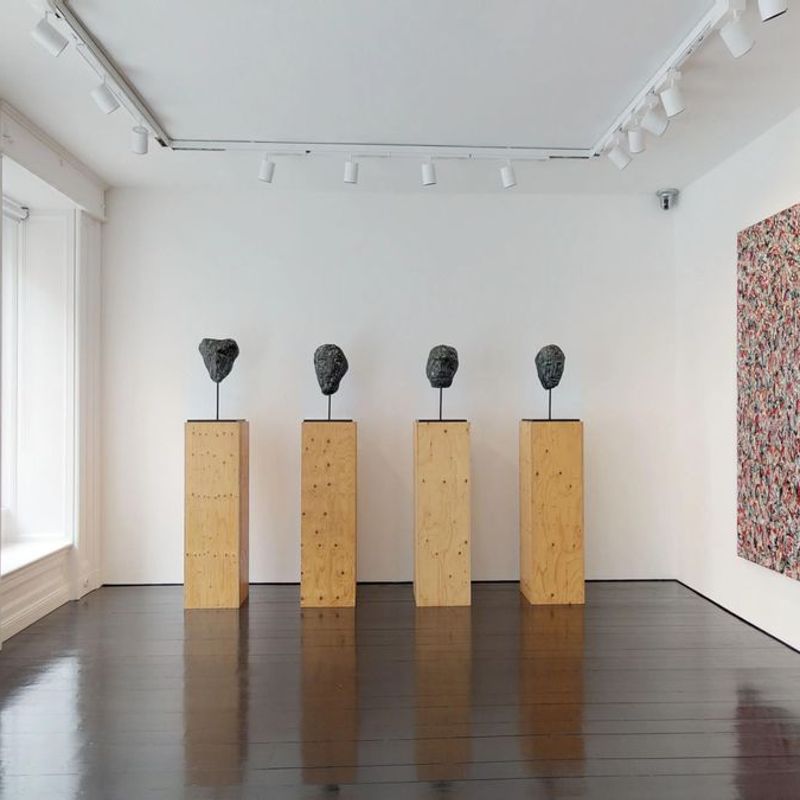 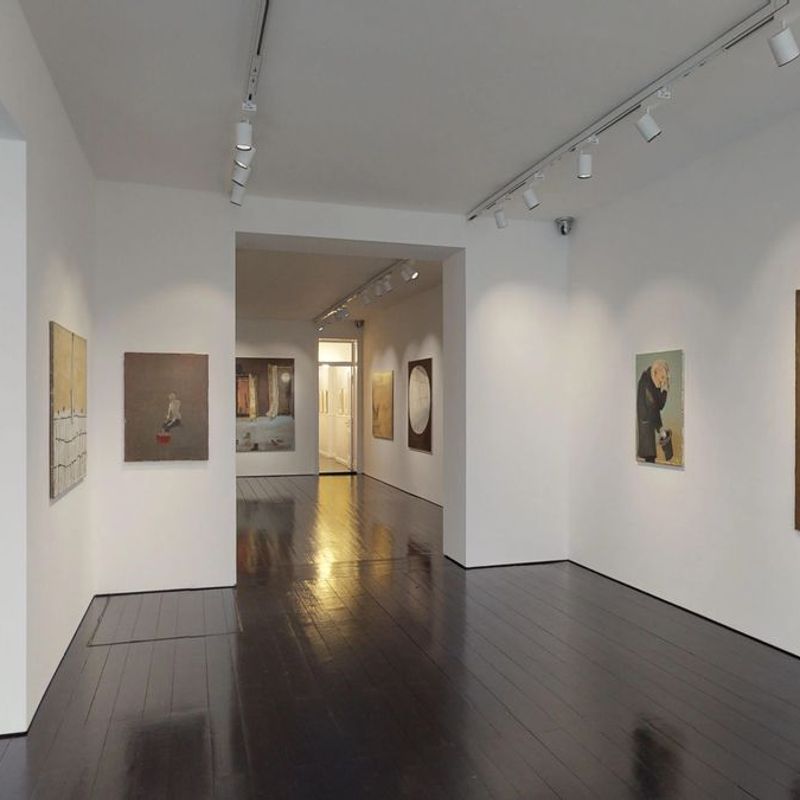 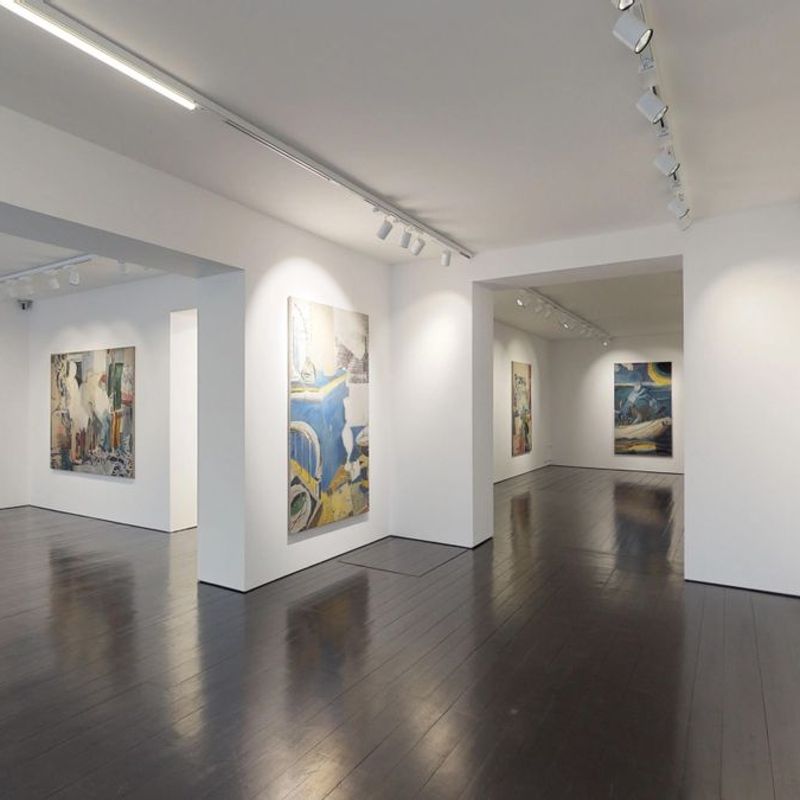 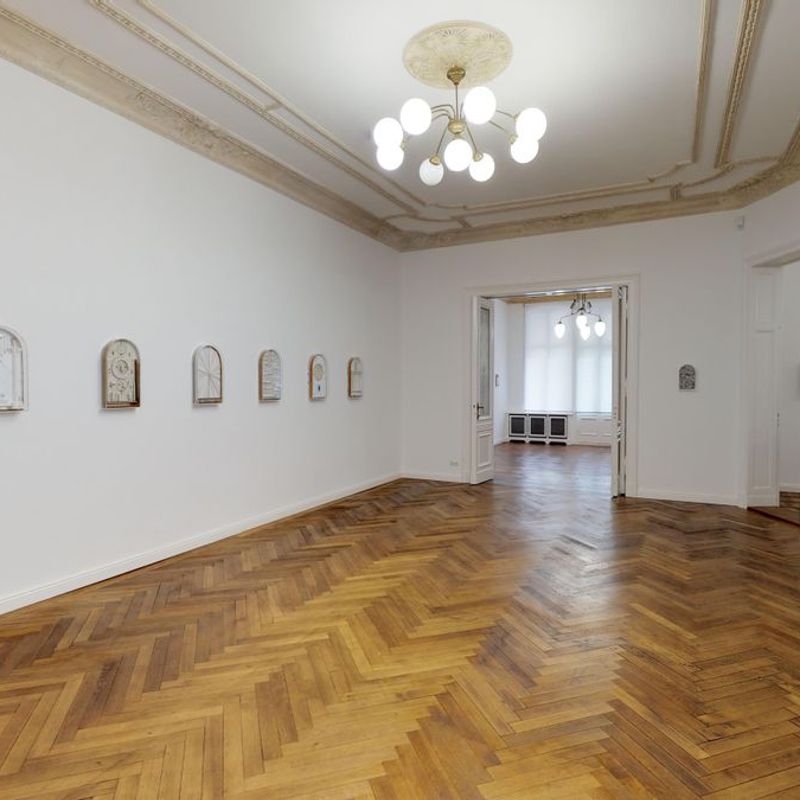 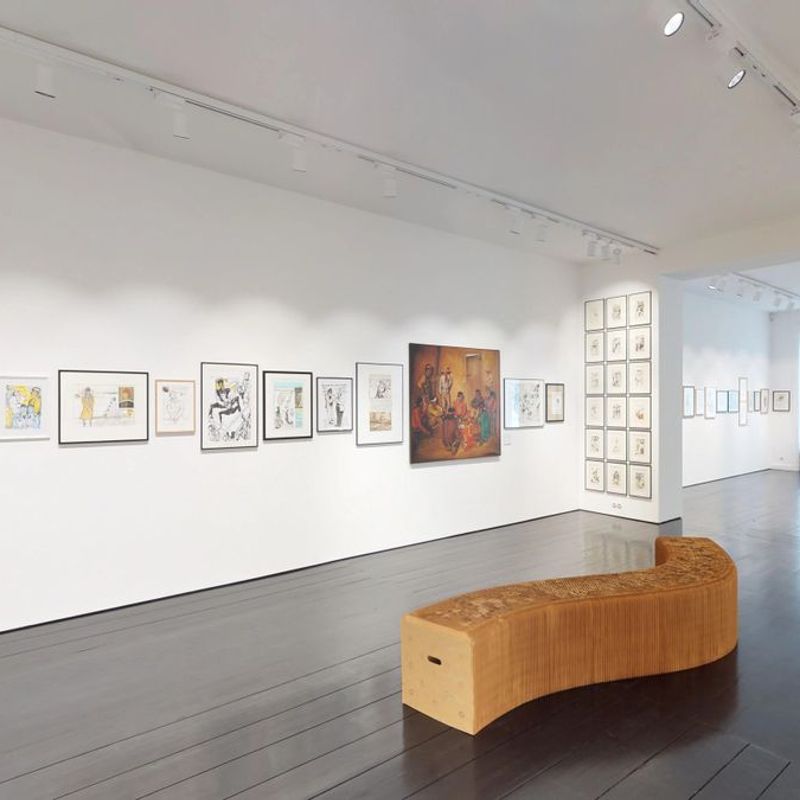 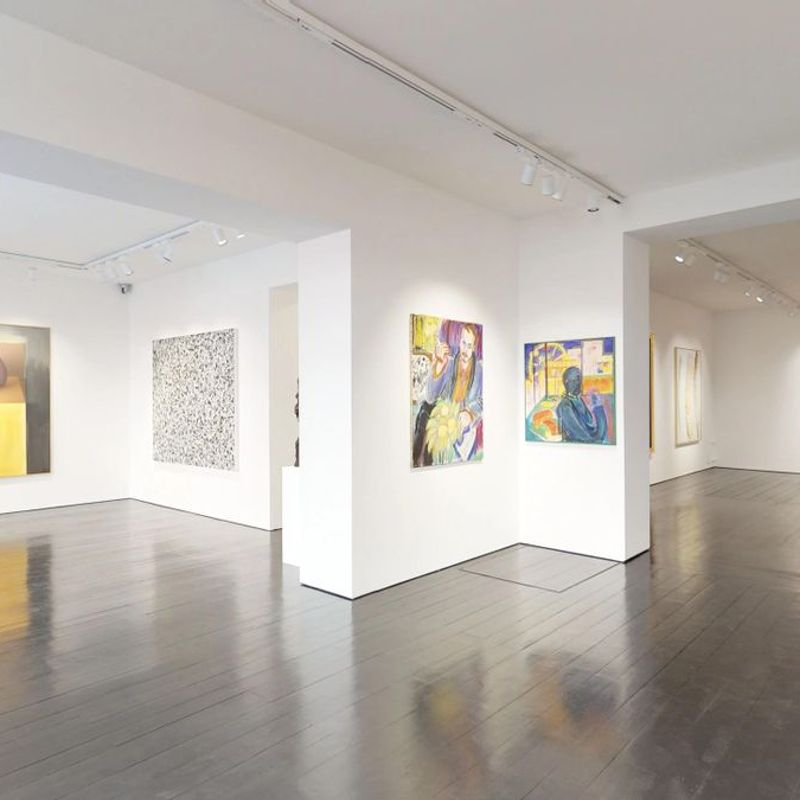 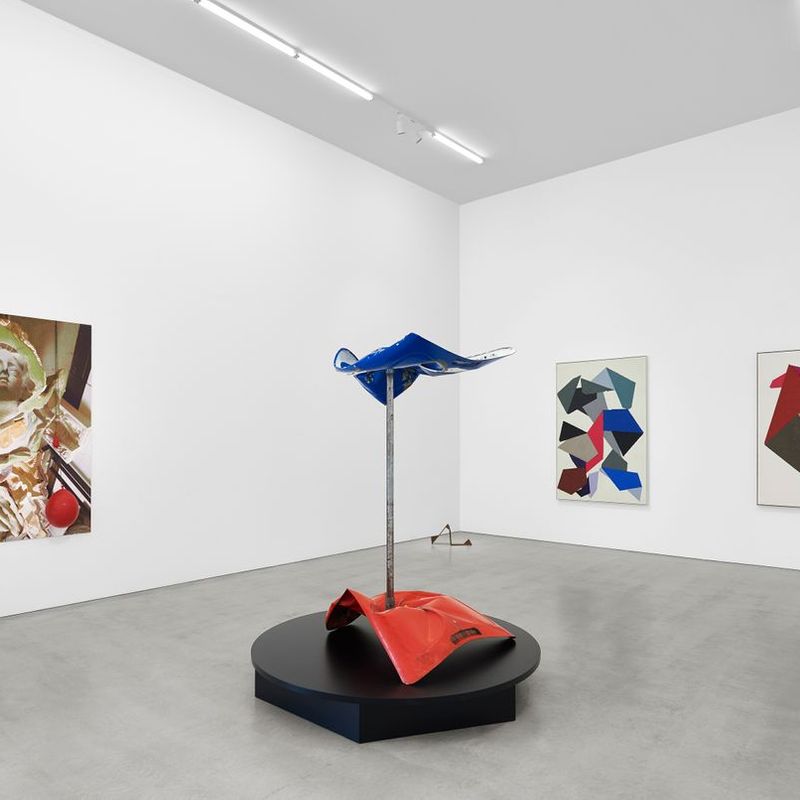 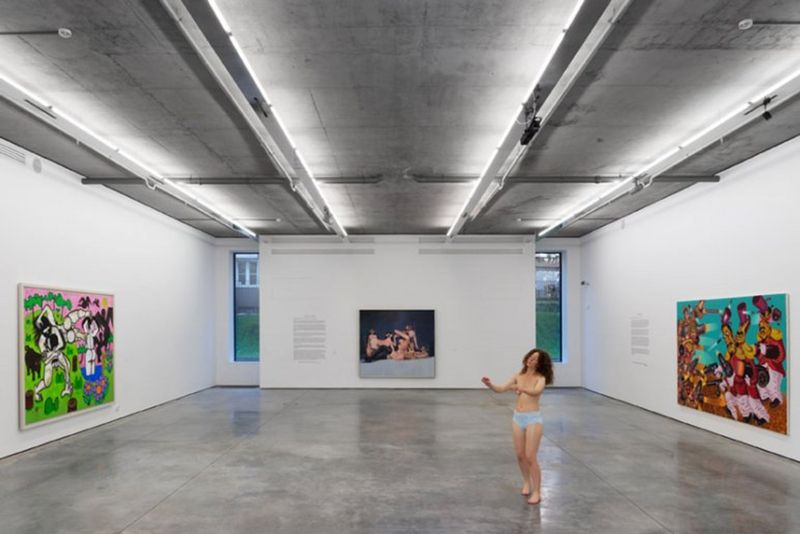 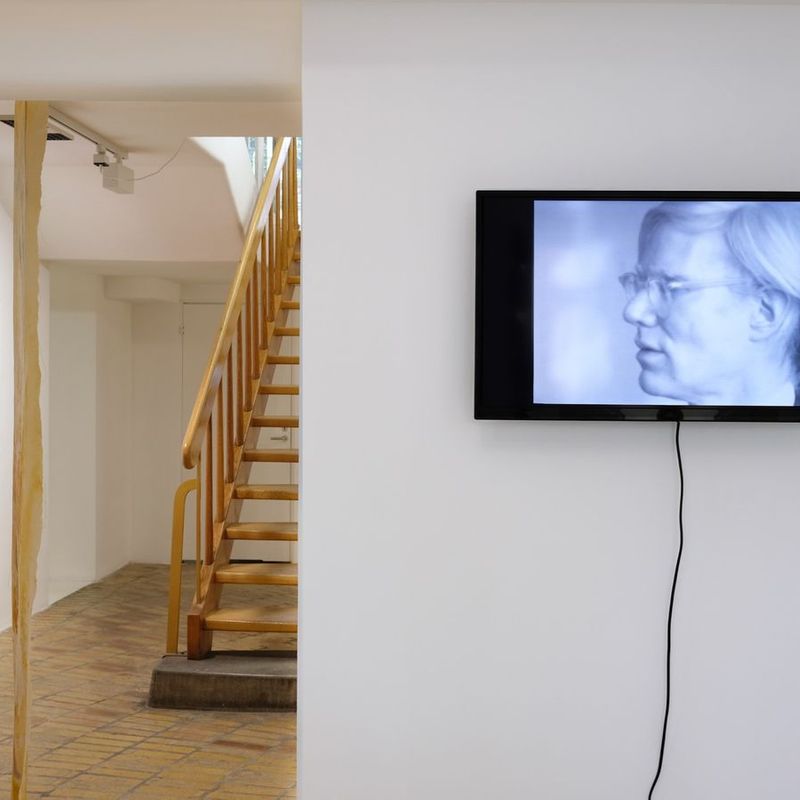 A SEED'S A STAR 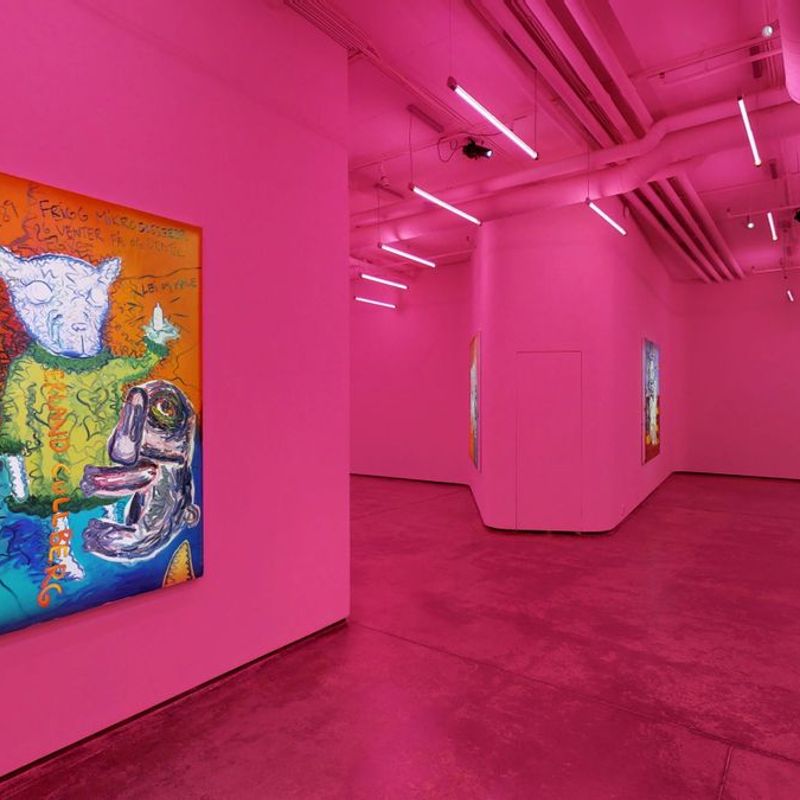 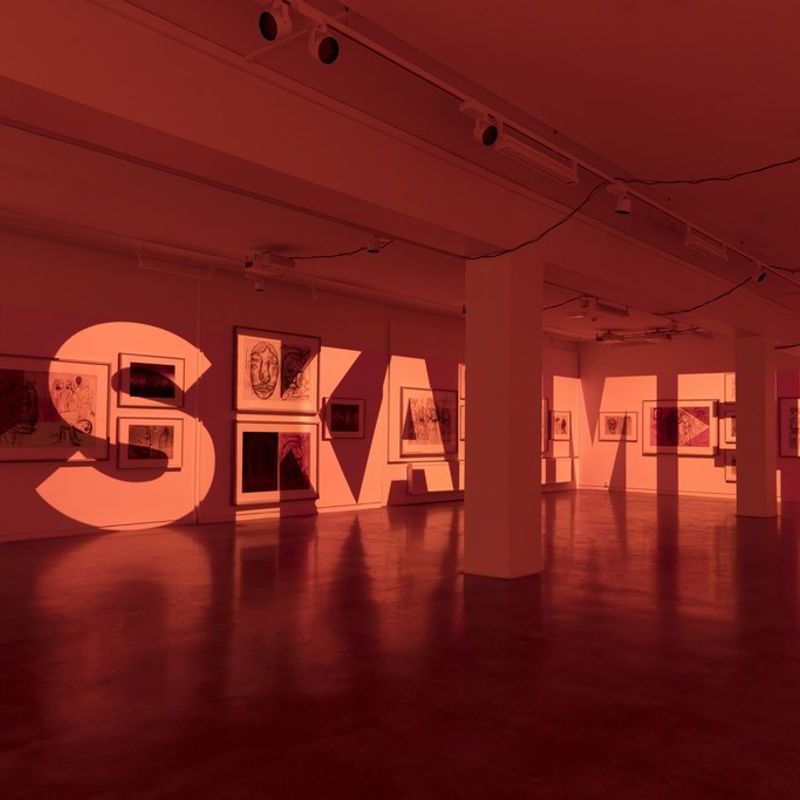 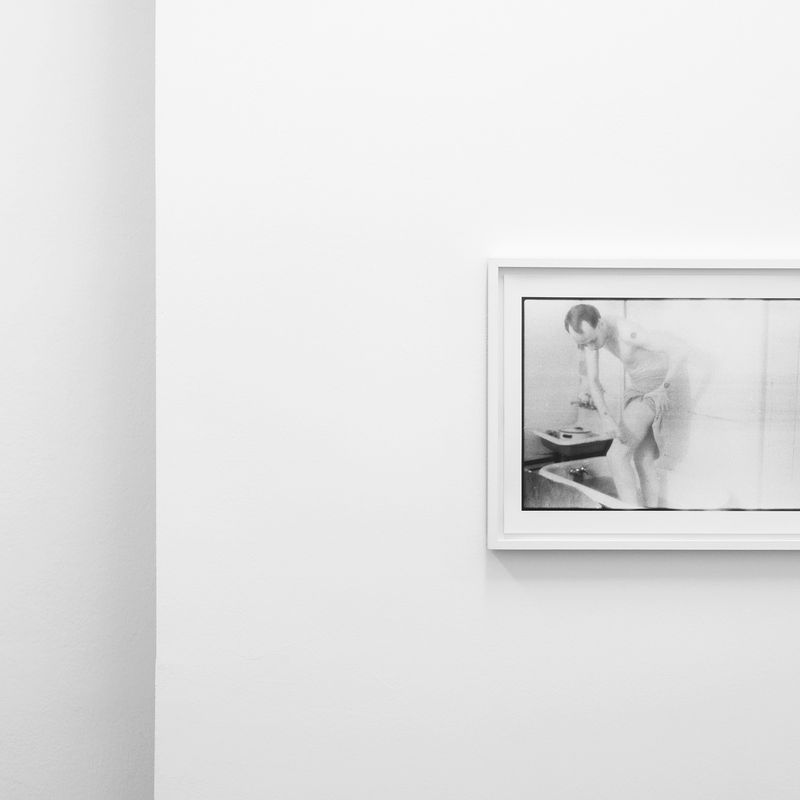 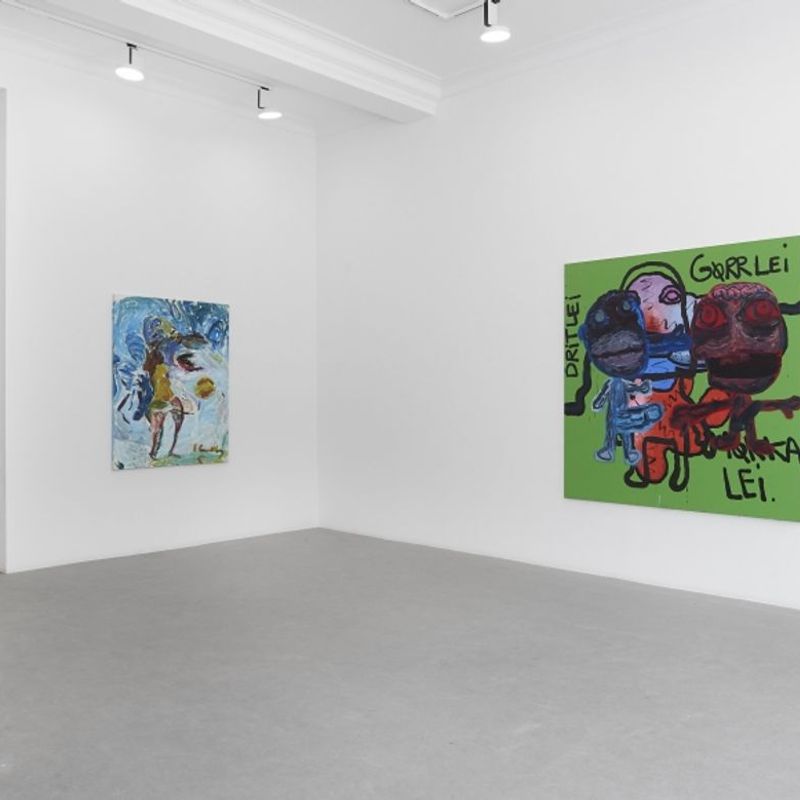