Vincent Van Gogh is one of the most well-known post-impressionist artists, whose works demonstrated a mastery of the use of colour. The quality of Van Gogh's paintings depicting street scenes, nature and portraits feature unequalled brushwork and impasto techniques, as seen in 'Starry Night' (1889).

Born on March 30th, 1853 in Zundert, Netherlands, he first worked as an art dealer for the firm Goupil and Cie. Following a life disillusion Van Gogh took up drawing, and with the help of his brother Theo, he created his studio in The Hague. Vincent Van Gogh's early paintings and artistic approach are strongly influenced by Millet’s body of work. He moved to Nuenen where Van Gogh portrayed the habitants featuring dark tones and a vivid brushing technique. His artistic style affirmation evolved after he moved to Paris, a period during which Vincent Van Gogh color approach is lightened marked by the discovery of Impressionism and Japanese prints whose singular style is adopted by Van Gogh. Vincent Van Gogh's creative output is characterised by a blossoming painting production, notoriously during the time he spent in Arles, Provence. His mental anguish and the tumultuous relationship with Gauguin denoted from the prolific amount of Van Gogh’s finest works. The paintings show the increasing mastering and affirmation of Vincent Van Gogh's viewpoint, “ I see before me, I make more arbitrary use of color to express myself more forcefully”. The intensity of the scenes is brought by an impassioned brush stroke in which expressivity is emphasized throughout the intense color palette. Van Gogh’s art is one-of-the-kind by a dramatic tension emanating from the movement of forms and lines. Those creations overcome the representation by an uncommon combination of emotions and powerful depiction in which the viewer is absorbed. The struggles of Van Gogh against his madness led to the virtuosity of the oeuvre also as a comprehension of the man and nature essence.
Van Gogh died at the age of 37 on July 29, 1890, in Auvers-Sur-Oise, France from a self-inflicted gunshot wound. Today, his works are held in major museums and private collections including The Museum of Modern Art, the Musée d’Orsay in Paris, and the Van Gogh Museum in Amsterdam which is entirely dedicated to his oeuvre. 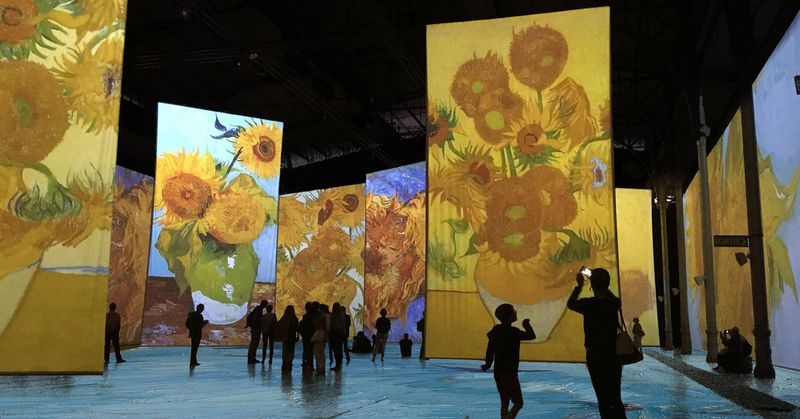