Peter Wächtler is seen as an established mid-career contemporary artist, who was born in Germany, like other celebrated artists such as Adrian Buschmann, Jochen Proehl, Angela Glajcar, Franz von Defregger, and Frank Thiel. Peter Wächtler was born in 1979.

Several galleries around the world represent and exhibit Peter Wächtler's work, including galleries in countries like Belgium and the United States. Some of those galleries are dépendance in Brussels, HOUSE OF GAGA // REENA SPAULINGS FINE ART in Los Angeles, as well as Reena Spaulings Fine Art in New York. Peter Wächtler's work has most recently been exhibited at dépendance in Brussels (19 November 2017 until 20 December 2017) with the exhibition And the three nails. Peter Wächtler's only other recorded exhibition on Artland is Delusionarium 5 (Adaptation), which took place at Night Gallery in Los Angeles, the United States (04 April 2020 - 09 May 2020).

Born in 1979, Peter Wächtler's creative work was largely influenced by the 1980s. The generation of artists that grew up in, and were inspired by, the 1980s was influenced by a period of quickly growing global capitalism, political upheaval, significant wealth differences, global mass media and distinctive music and fashion, including electronic pop music and hip hop. The 1980s was the era of African famine, the height of the Cold War, and also the end of it, as marked by the fall of the Berlin Wall. Important art movements of the era include Neo Geo, The Pictures Generation and the global trend of Neo-Expressionism which manifested in Germany, the USA and Italy (where it was known as Transavanguardia). The decade was exemplified by artists like Anselm Kiefer, Jörg Immendorf, Enzo Cucchi, Francesco Clemente and Julian Schnabel. Street art and graffiti started to gain recognition, key artists of which include Jean-Michel Basquiat, Keith Haring and Kenny Scharf. 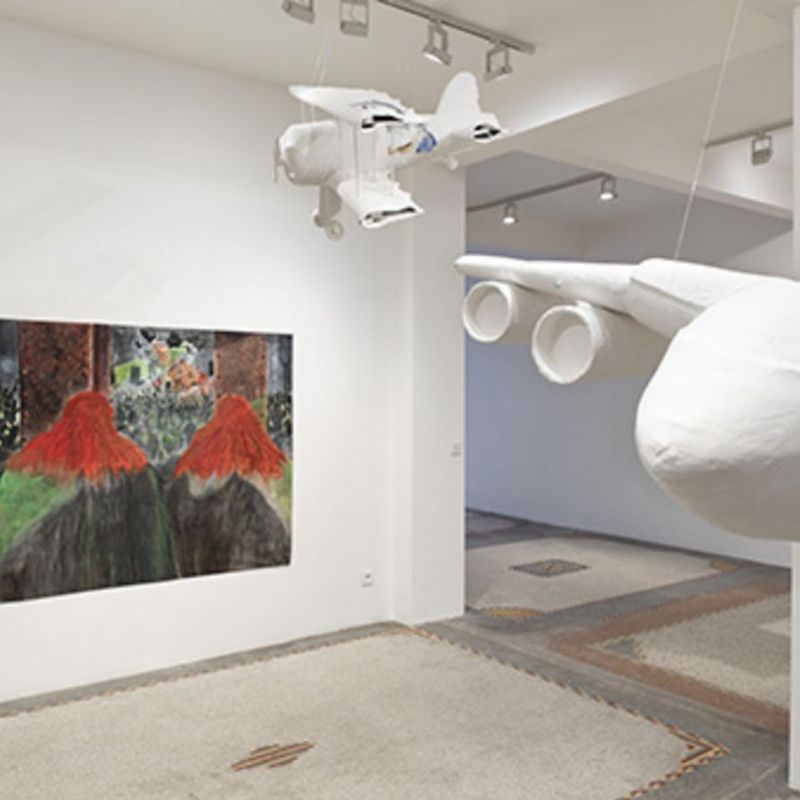 And the three nails