Olaf Hajek is a modern visual artist, who was born in Germany, like other renowned artists such as Jessika Wood, Annelies Kamen, Marco Reichert, Anna Krammig, and Thomas Ravens. Olaf Hajek was born in 1965.

Olaf Hajek most recent exhibition recorded on Artland was at Semjon Contemporary in Berlin with the exhibition collAge. The exhibition was open from 07 February 2020 until 13 March 2020.

Olaf Hajek currently has one work available for purchase on Artland.

It is the collector Tony Mangle, who is in possession of art by Olaf Hajek at Artland. Tony Mangle also has works by other artists including Sarah Derat, Qafar Rzayev, and Liam Fallon.

Olaf Hajek was born in 1965 and was primarily inspired creatively by the 1980s. The 1980s were an era of increasing global capitalism, political upheaval, worldwide mass media, wealth discrepancies and distinctive music and fashion, characterised by hip hop and electronic pop music. This had a heavy impact on the generation of artists growing up during this time. The fall of the Berlin Wall at the end of the decade signified the end of the Cold War, yet the era was also distinguished by the African Famine. During this time leading art movements included Neo Geo, The Pictures Generation and Neo-Expressionism, which took a strong hold in Germany, France and Italy. Artists such as Anselm Kiefer, Jörg Immendorf, Enzo Cucchi, Francesco Clemente and Julian Schnabel were leading artists working during this period, alongside Jean-Michel Basquiat, Keith Haring and Kenny Scharf, who developed the street art and graffiti movements, which quickly gained recognition. 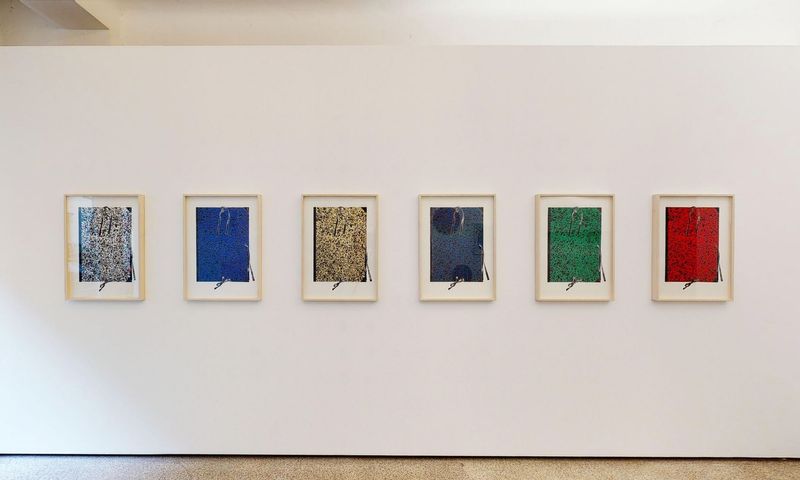