Mike Kelley is an established artist, who was born in the United States. Mike Kelley was born in 1954. Some of the artist's contemporaries that are born around the same year and in the same country include Felix Gonzalez-Torres, Bill Viola, Tony Oursler, Cindy Sherman and Keith Haring.

Mike Kelley's work is available on display in 11 galleries listed on Artland. Galleries exhibiting Mike Kelley's work include Skarstedt Gallery | London, Inigo Philbrick, and Hauser & Wirth London | Savile Row in the United Kingdom. Mike Kelley's work has most recently been displayed during the exhibition Spray, Memory at Inigo Philbrick in London, the United Kingdom. The exhibition was open from 24 May 2019 until 30 July 2019. Mike Kelley's other most recent exhibitions listed on Artland include the exhibitions at; Sadie Coles HQ | Kingly Street in London (04 June 2019 - 30 August 2019) with the name My Head is a Haunted House and Gabriele Senn Galerie in Vienna (27 March 2019 - 26 April 2019) with the name ROCK PAPER SCISSORS | Schere Stein Papier. Mike Kelley's first recorded exhibition in Artland's database was called ROCK PAPER SCISSORS | Schere Stein Papier and took place at Gabriele Senn Galerie in Vienna, Austria from the 27 March 2019 to 26 April 2019.

The United States, especially New York city, remains as a focal point that has played a significant role in developing modern and contemporary art in the twentieth century. The idea of New York as a new cosmopolitan and highly powerful art hub emerged in the post war era, and the city thrived in affirming its supremacy over Paris, which used to be regarded as the most powerful international art centre. The authority of the political and economic institutions of the United States in the modern sphere has granted the country with a powerful influence on the visual culture of the world. Abstract Expressionism, Pop Art, Minimalism, Conceptual Art, Neo-Expressionism, Graffiti and Street Art, are influential art movements that emerged in the US. These very movements also reverberated into a myriad of variations, such as alternative forms of Abstract Expressionism, as well as East and West Coast variants of Pop Art, among others. Some internationally acclaimed U.S artists of the contemporary period age include Jackson Pollock, Mark Rothko, Jasper Johns, Robert Rauschenberg, Cy Twombly, Andy Warhol, Roy Lichtenstein, Frank Stella, Donald Judd, Cindy Sherman, Barbara Kruger, Julian Schnabel, Jean-Michel Basquiat and Keith Haring.

Born in 1954, Mike Kelley was primarily inspired by the 1970s growing up. Conceptualism is often perceived as a reaction to Minimalism, and the leading art movement of the 1970s, challenging the boundaries of art with its revolutionary features. The movements that succeeded were all characteristic of a strong desire to progress and strengthen the art world, in response to the tensions of the previous 1960s. Process art branched out from Conceptualism, featuring some of its most crucial aspects, but going further in creating mysterious and experimental artistic journeys, while Land Art brought creation to the outdoors, initiating early ideas of environmentalism. In Germany, Expressive figure painting was given a second chance for the first time since the weakening of Abstract Expressionism almost twenty years ago, the genre regained its prominence through the brushstrokes of Gerhard Richter, Anselm Kiefer and Georg Baselitz. The cosmopolitan and refined position that New York city held in the 1960s remained just as influential in the 1970s. With multiple world renowned artists gravitating the galleries and downtown scene, the city once again reinforced its reputation as the artistic hub of the generation. Street art started to emerge as a true and accepted form of art towards the end of the 1970s. Jean-Michel Basquiat and Keith Haring were pioneers in demonstrating that their artworks could exist at the same time in art galleries and on city walls. Driven by graffiti art, street art from its earliest days showed that it could endure in a perpetual flux of self-transformation, eternally shifting the limits of modern art, becoming a truly ground-breaking artistic genre. 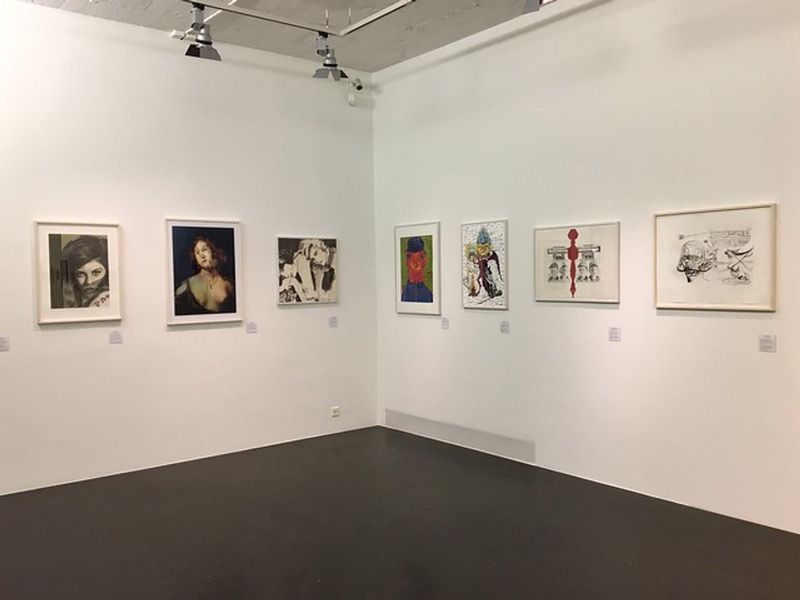 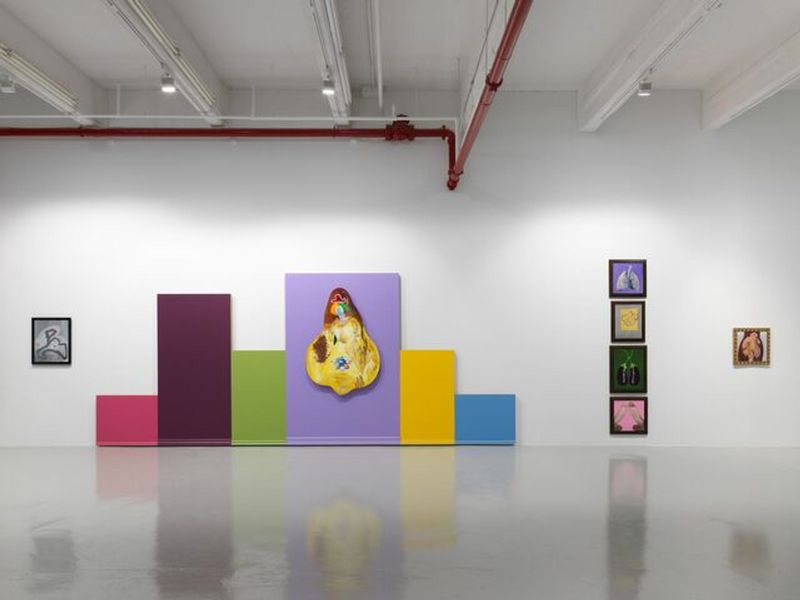 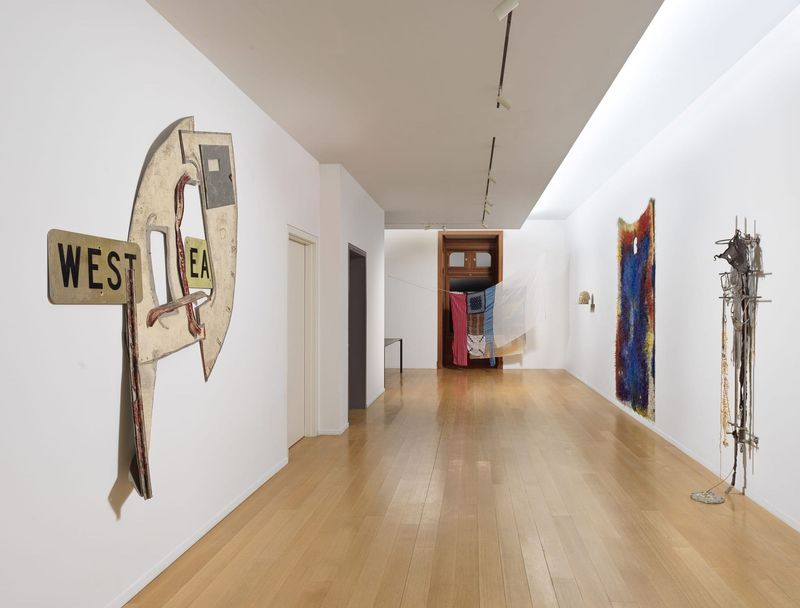 Since Last We Met 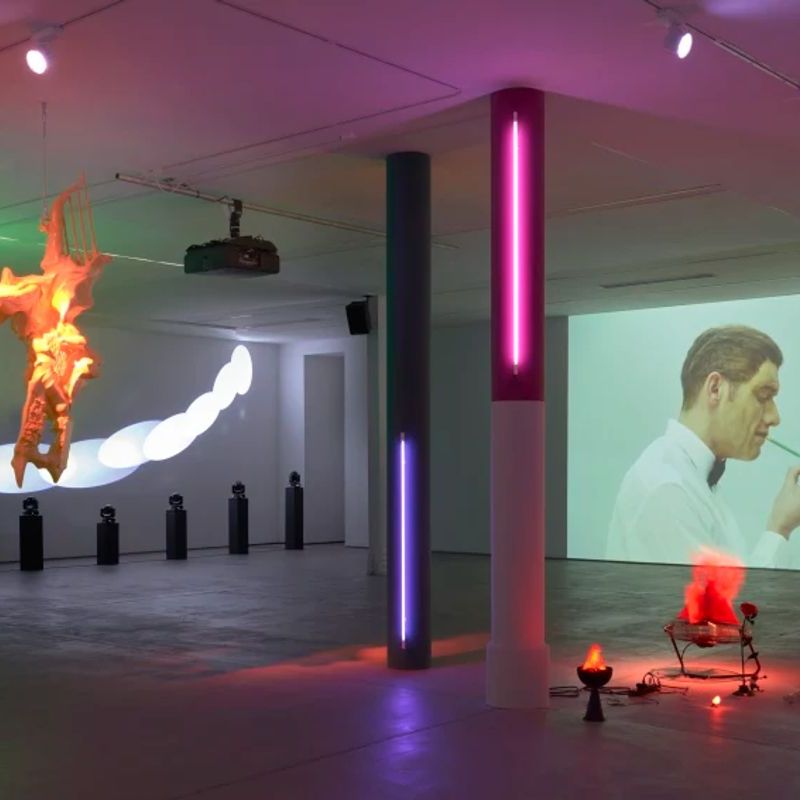 My Head is a Haunted House