From tagging trains in Chicago to documenting the deep jungles of Laos, artist KC Ortiz has enjoyed a wild ride to his current status as a leading contemporary artist.

Born in Chicago, Illinois, in 1978, Ortiz garnered his essential training as a young man creating graffiti works around the city. He rose to become one of the city’s “graffiti kings,” however it was the practice of tagging that eventually landed him a prison sentence. Following several years of incarceration, Ortiz embarked upon a career as a photojournalist and was tasked with documenting some of the most difficult conditions around the world.

He is now based in Copenhagen and has been able to use these past experiences to develop a remarkably successful artistic career. Indeed, he has enjoyed the success of his work in showcases around the globe. In addition to the publication of his work in, for example, The Guardianand The New York Times, his photography and street-art inspired works have been exhibited internationally and significant venues such as the National Museum of Mexican Arts in Chicago and The Station Museum for Contemporary Arts in Houston. 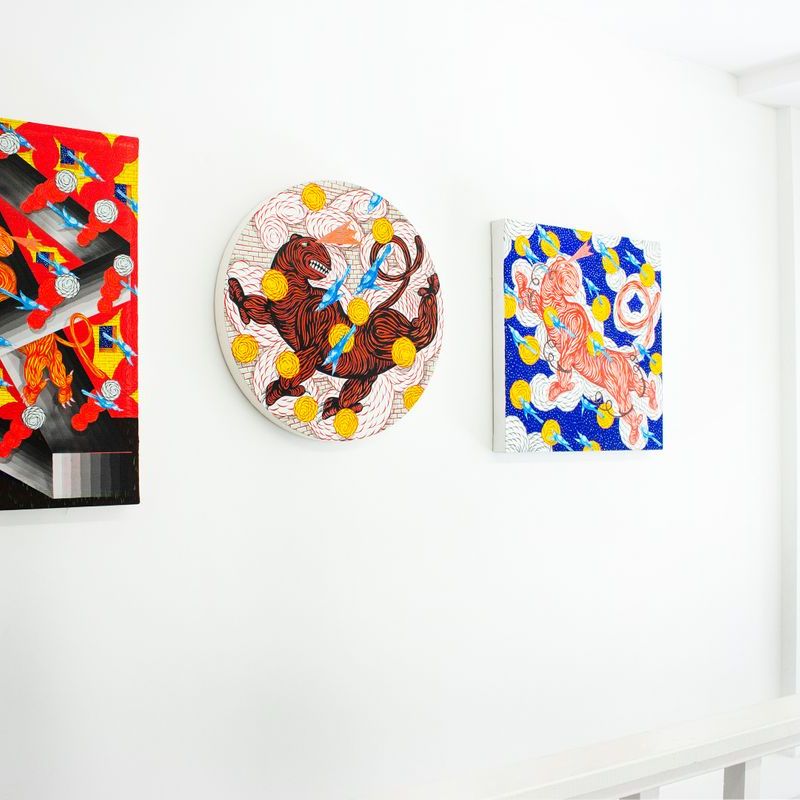 ART IS WHERE THE HEART IS VOL. 4 AMSTERDAM