Ahmad Siyar Qasimi’s paintings deal with pictures belonging to a world radically transformed by digital and virtual technologies. A world saturated with images from the mass media, virtual battlefields from computer games, the Internet, movies, television, press photos etc. Somehow, these images exist on the same level; for example, it may be difficult to distinguish one picture from a computer game and one picture from terroristic propaganda. But the paintings do not portray a world in which nothing is real and everything is simulated. Rather, they try to capture an endlessly complex and constantly transforming network of realities and fictions. Of truths and imaginations. The paintings attempt to be placed in between the real and the fictive to describe and reveal these instable connections.

Leaning on modern masters like Pierre Bonnard and Édourd Vuillard, Qasimi manages to make the oil painting relevant in this new perception of the world. As the canvas and paint is an important reality to the work, without exclusively being the only true and pure being of the painting. 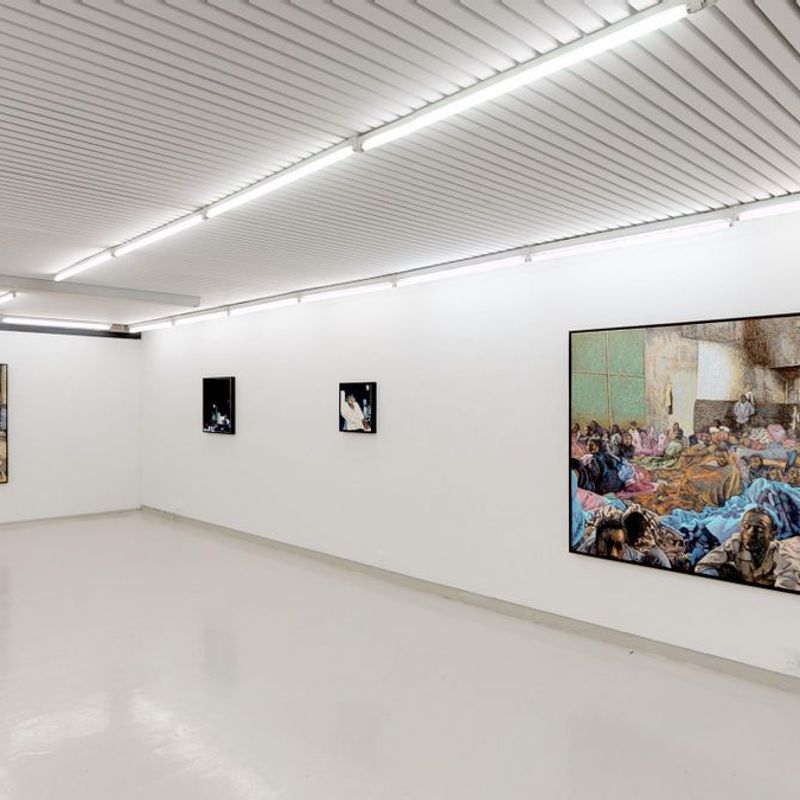 Snug Outlooks on a Windy World