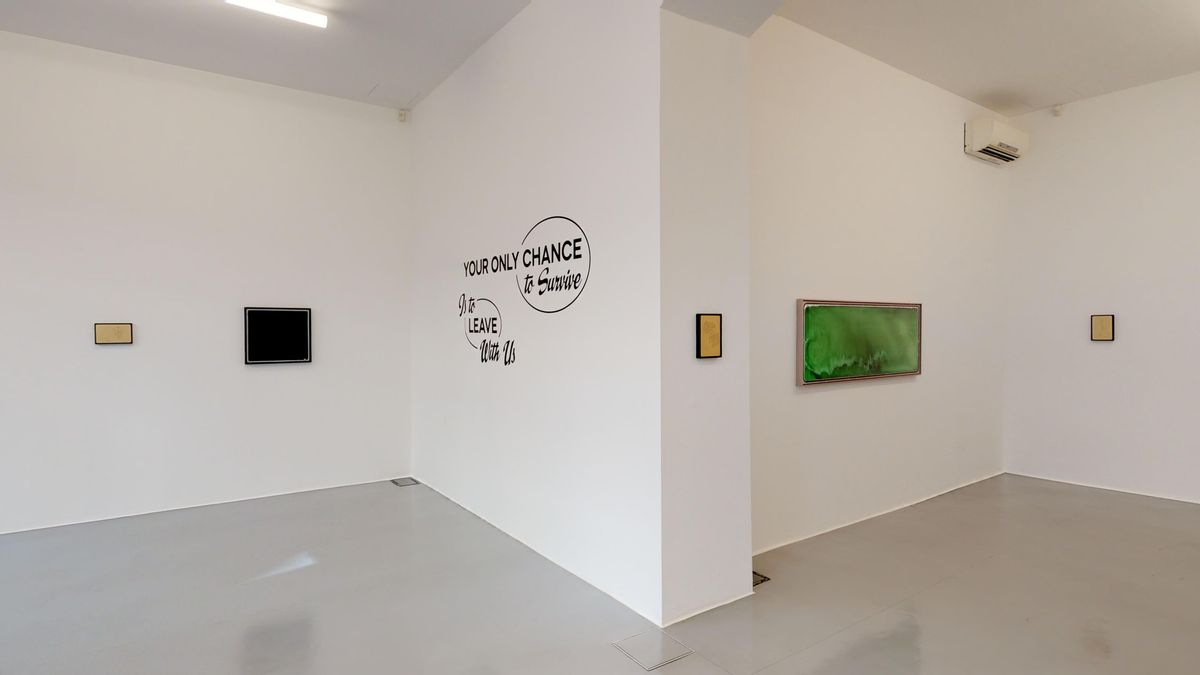 On 19th September Galleria Bianconi opens the new exhibition season with the inauguration of Mishka Henner’s solo show “Your Only Chance to Survive is to Leave with Us”, curated by Walter Guadagnini, that will run until 31st October. Mishka Henner is part of a new generation of artists who are redefining the role of the Photography in the Digital Age, most of its work concerns the digital world and focuses on some key subjects of the cultural and geo-political world. Henner presents at the Galleria Bianconi a series of real and imagined apocalypses. The works examine polarized reactions to extreme events interpreted both as man-made catastrophes and as the consequences of God’s anger.

The title of the exhibition is taken from a phrase repeated in 1997 by American cult leader Marshall Applewhite in a video ral-lying his followers to mass suicide. Heaven’s Gate, the world’s first internet cult, believed the earth was soon to be wiped and rejuvenated, and that the only way to ensure the saviour of souls and the preservation of consciousness was by joining an alien spaceship hiding in the tail of the Comet Hale-Bopp. Applewhite’s call to collective suicide sits opposite a sculptural replica of the shattered remains of a window from the Manda-lay Bay Hotel in Las Vegas. This golden window pane with billowing purple curtain appeared in rolling news footage in Octo-ber 2017, when a gunman fired more than 1,100 rounds of ammunition at a festival crowd gathered below his suite on the 32nd floor of the hotel. The gold and purple seen prominently here and in the Heaven’s Gate video are colours associated with higher beings, religious opulence, poison and greed. Applewhite’s video has been edited to remove most of his speech, emphasising his intakes of breath whilst the undulating curtains appear drawn to Applewhite’s breathing, echoing a spiritual departure. Henner descri-bes the shattering of the Bay’s golden facade as “a striking metaphor for Capitalism’s violence, its false promises, and its ulti-mate failure. Applewhite’s speech and actions represent a sentiment that has taken hold across our societies. In the face of real and imagined catastrophes, one option is to self-destruct and take everyone else with us. Maybe Applewhite was a prophet rather than a madman. Everywhere we look, leaders and madmen are now urging us to follow them into the abyss.”

The spiritual void filled by religious institutions is present in Happiness (2019), a recreation of the cover of a guide published by the Watch Tower Bible and Tract Society of Pennsylvania in 1980. In that time, over sixteen million copies of the book have been published in 31 languages across the world. The Watch Tower Society is the main legal entity used worldwide by Jeho-vah’s Witnesses to direct, administer and disseminate doctrines for the group. Central to their beliefs is that we are living in the End Times, a period marked by the governance of Satan and evidenced by the ruining of earth by mankind. Henner’s reproduction of the book’s purple and golden cover focuses on the gleaming surface rather than the content. “The design of the Watch Tower’s covers are as seductive as anything else competing for our attention. They offer the promise of peace, serenity, and spiritual guidance by surrendering to God.”

Accompanying Happiness is US Patent US8172828 (2019). Patent applications and their accompanying illustrations are a sub-ject of fascination to Henner; “If we want to know how our world is constructed, where we are and where we’re heading, we need look no further than the vast database of patent applications. They are the genetic code of our civilization.” The illustra-tion presented here shows a body being injected through the nasal passage. In contrast to the spiritual concerns of Happiness, the promise here is of an extended life offered by surrendering to medical science, technology, and intellectual property.

Energy infrastructures and renewable energies are another subject of fascination to Henner whose last show at Galleria Bian-coni in 2018 presented satellite images of wind turbines across the USA. Here, the exploration of these industries continues with the presentation of Solar Collector (2018) and Evaporation Ponds (2019). In the context of the other works in the show, Henner describes Solar Collector and Evaporation Ponds as “representing an interface between industry and the heavens. In the former, the hypnotic geometric lines of solar panels harvest sunlight and transform it into energy that powers our critical infrastructure. In the latter, golden and fluorescent evaporation ponds from natural gas power plants return processed water to the sun.” Finally, Landfall (2018) presents fifteen vinyl records of retired hurricanes with audio recordings of eyewitnesses, storm cha-sers, forecasters, and the hurricanes themselves. Each year, the World Meteorological Organization sets the names of upco-ming hurricanes in advance. For Atlantic hurricanes, a list of male and female names are used on a six-year rotation. When a storm is so deadly or costly that the future use of its name on a different storm would be inappropriate, the name is retired, never to be used again. The record number of North Atlantic hurricanes in recent years has been attributed to man-made cli-mate change. Yet the hurricane represents a critical node in the relationship between Heaven and Earth, between man and God. Its devastating, uncontrollable force leaves us both mesmerized and terrorized. Henner asks, “What would you do if you were confronted by a category five hurricane? Would you run for your life or would you turn on your camera and surrender to the spectacle of destruction?” 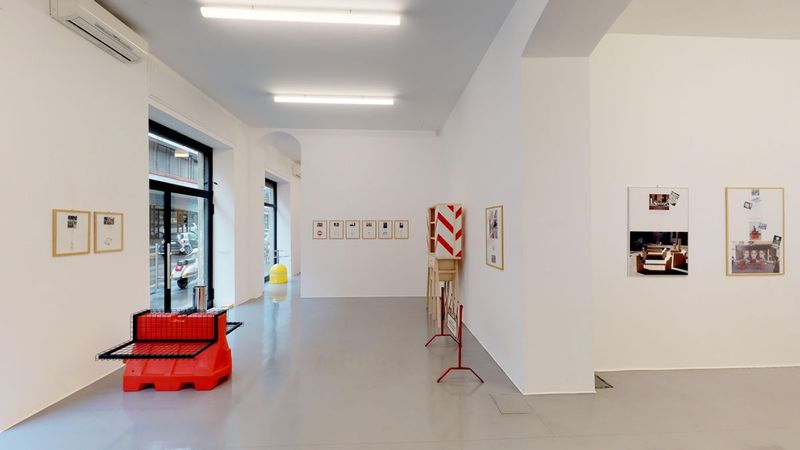 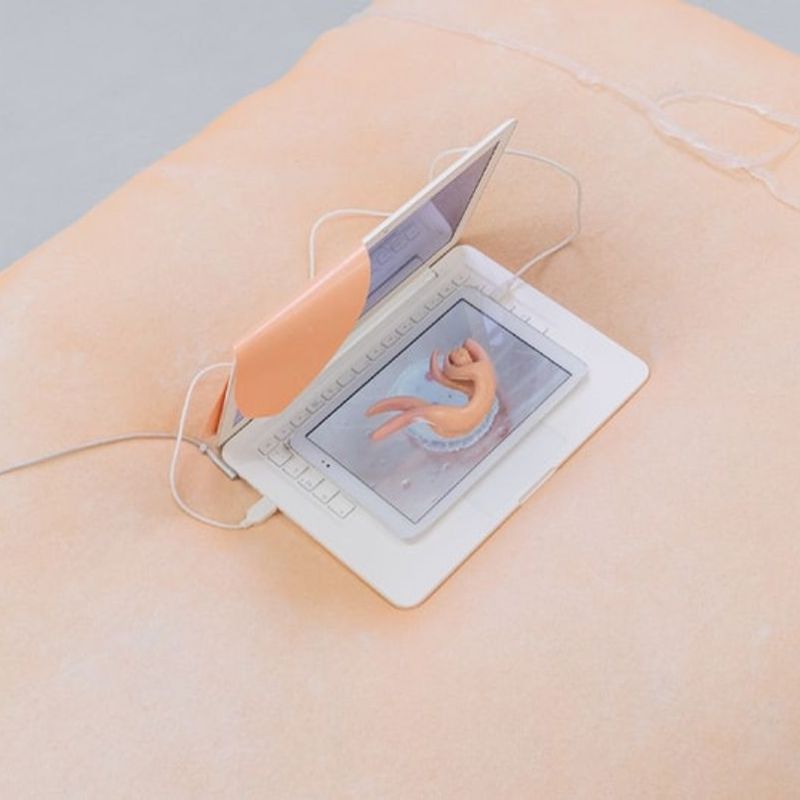 The Mating Season of Frenzy Breeze 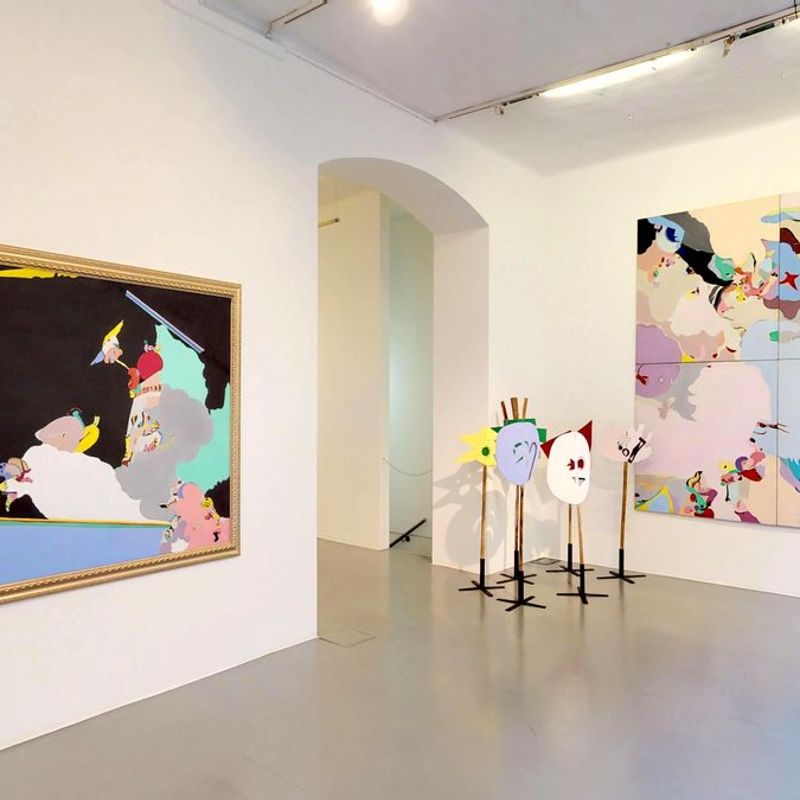