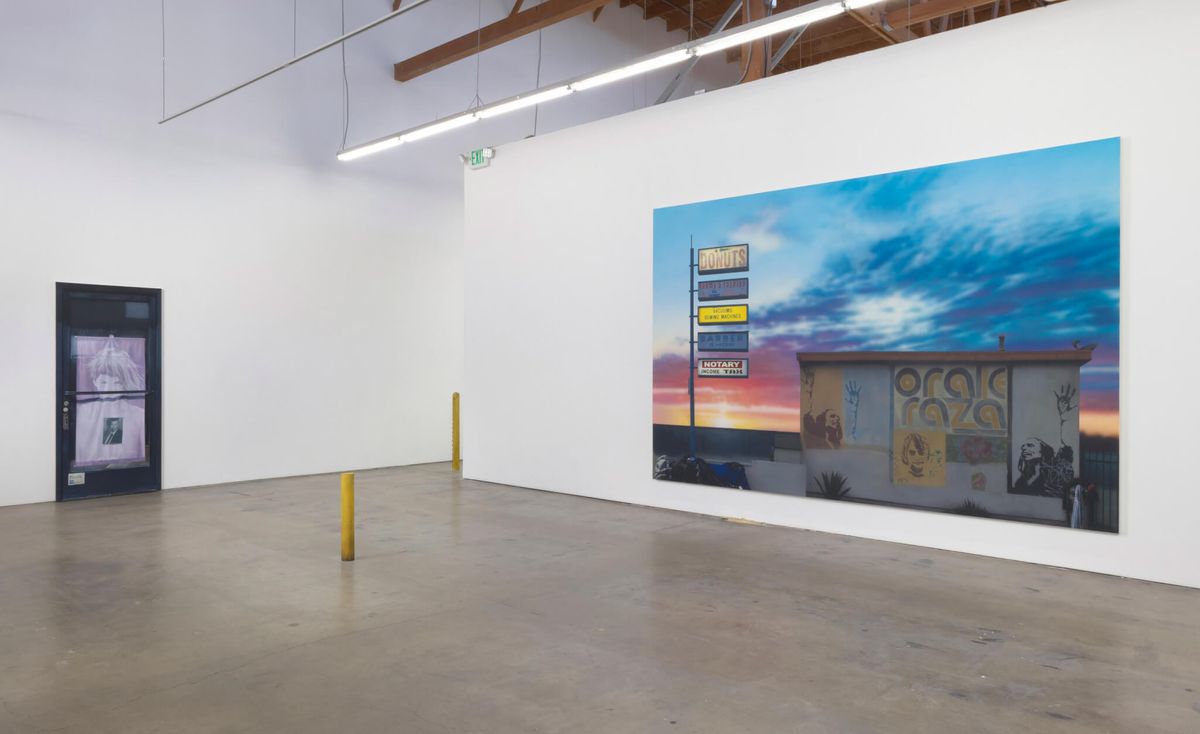 X-Scapes finds Sayre Gomez at the crossroads of image culture and urban reality in Los Angeles. Employing a multitude of tro mpe l’oeil painting techniques drawn from Hollywood set painting, commercial sign painting, automotive airbrushing, and other traditions, Gomez composes pastiched visions of Los Angeles. Despite their immediate familiarity, these cityscapes are often invented, fragmented or collaged together from stock photography, cell phone photos, and found imagery. Gomez uses hyperreal painting as a means of investigating visual culture writ large. Los Angeles—a city overflowing with images in motion, images that sell and announce, images flickering through the windshield of a car—makes the perfect home for this investigation. Some works here depict cell towers as monumental totems against fantasmic sunsets, icons of disembodied digital communication. Others get to the grit of downtown streets, where the scale of LA’s housing crisis is made manifest. Doors, windows, walls and fences appear repeatedly as motifs, showing Gomez again and again returning the gaze to the unseen, the obstructed, and the overlooked. The humble strip mall sign towers of Angeleno roadsides are the stars of a number of new paintings. A past-its-prime burger joint sign stands proudly in front of a cityscape illuminated by an explosive lightning storm in the distance. A searing sunset of yellows, reds, and blues radiates from below the signs for Don’s Donuts, Naomy’s Fashion, and an unnamed notary. Gomez’s approach to trompe l’oeil paintings frequently adds a sculptural dimension to his canvases, wherein illusionistic surfaces like sticker-marred wood grain or vinyl covered glass begin to physically mimic the textures they depict. See, for example, two new video works in the exhibition in which illusionistically painted stickers lie on the surfaces of the video monitors, a mimesis that pairs pictorial representation with sculptural representation. In X-Scapes, Gomez also flips this dynamic with a new series of sculptures modeled to look like yellow parking stanchions. Constructed from cardboard, foam, and plastic, Gomez paints these barrier poles to give them the weathered look and feel of aged concrete and steel. These works extend the pictorial exploration of Los Angeles’s streets into the physical space of the gallery, interrupting the flow of visitors and evoking the codes of the road that regulate movement through the city. Here as across the exhibition, Gomez builds constructed realities from the nearby and the familiar, conveying a powerful sense of place made strange. 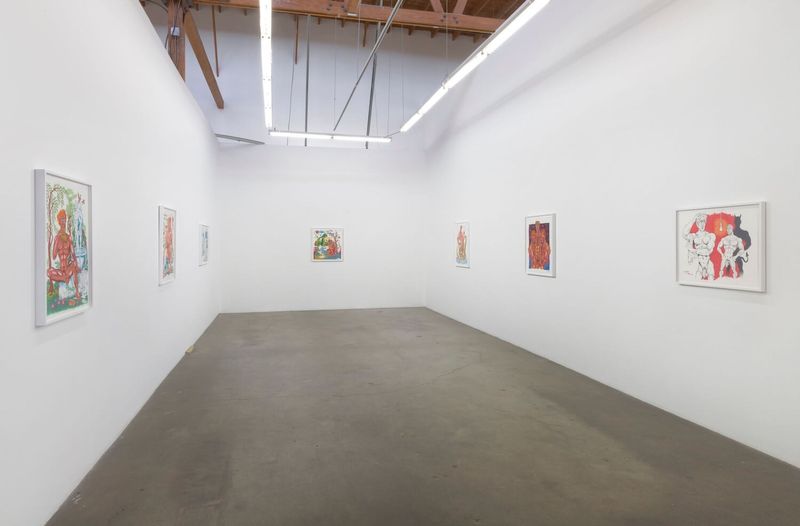 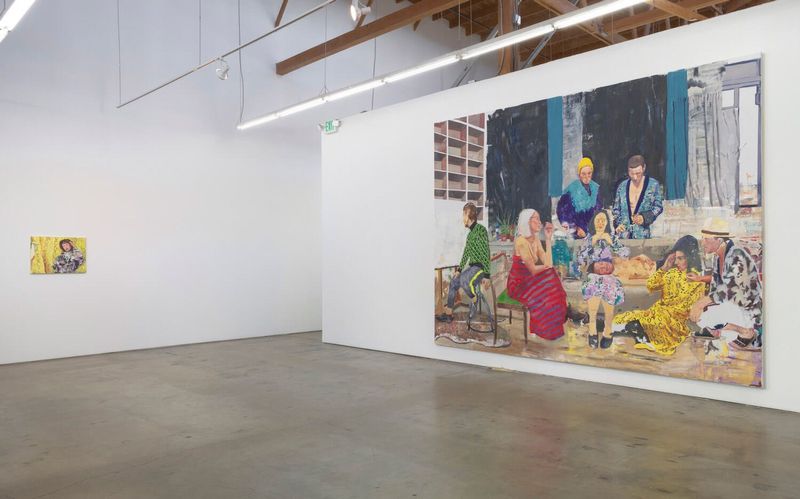 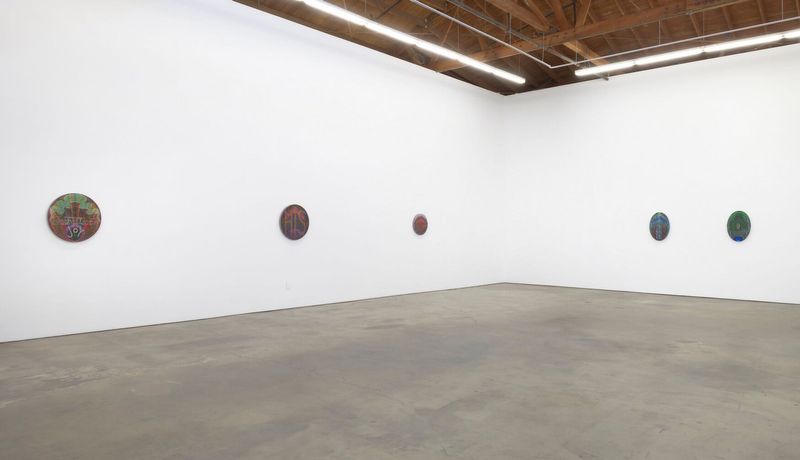 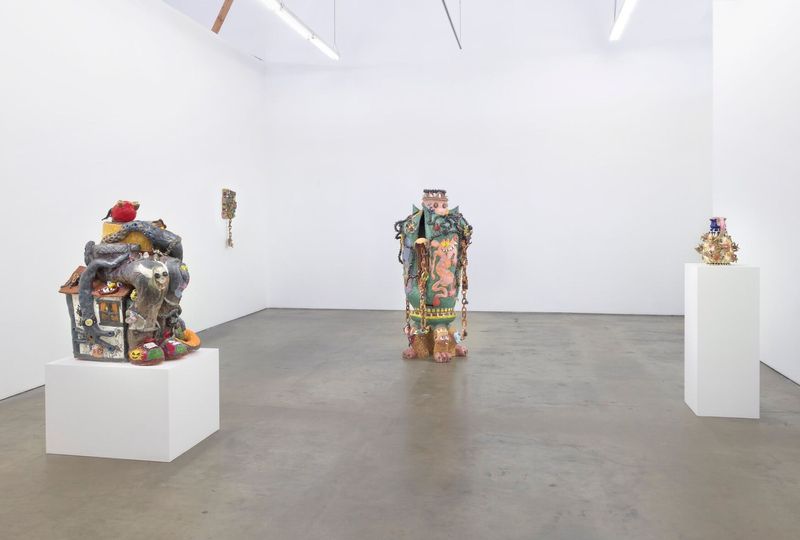 Laugh in the Dark 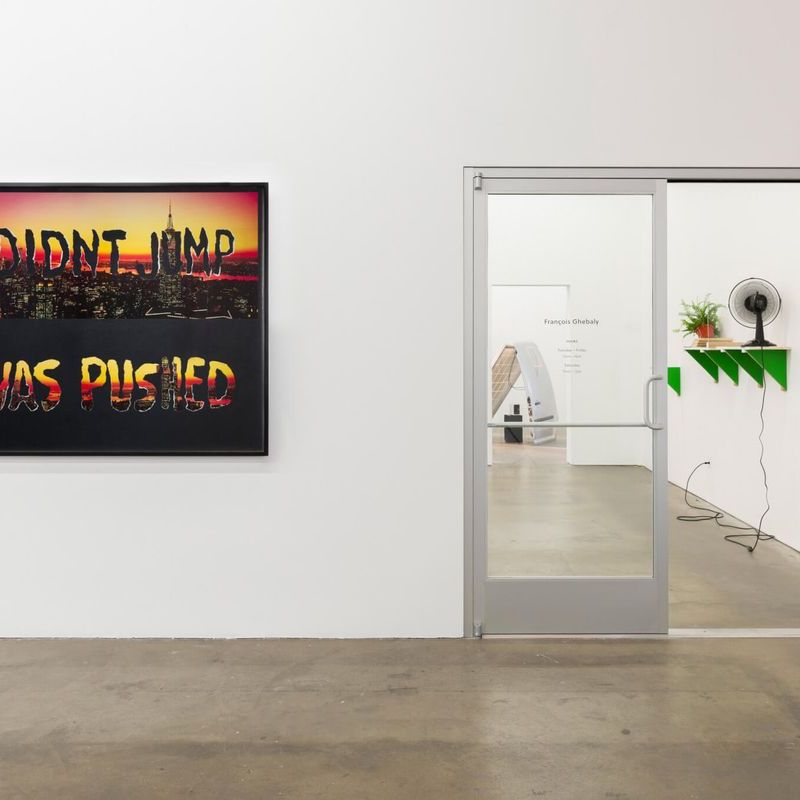 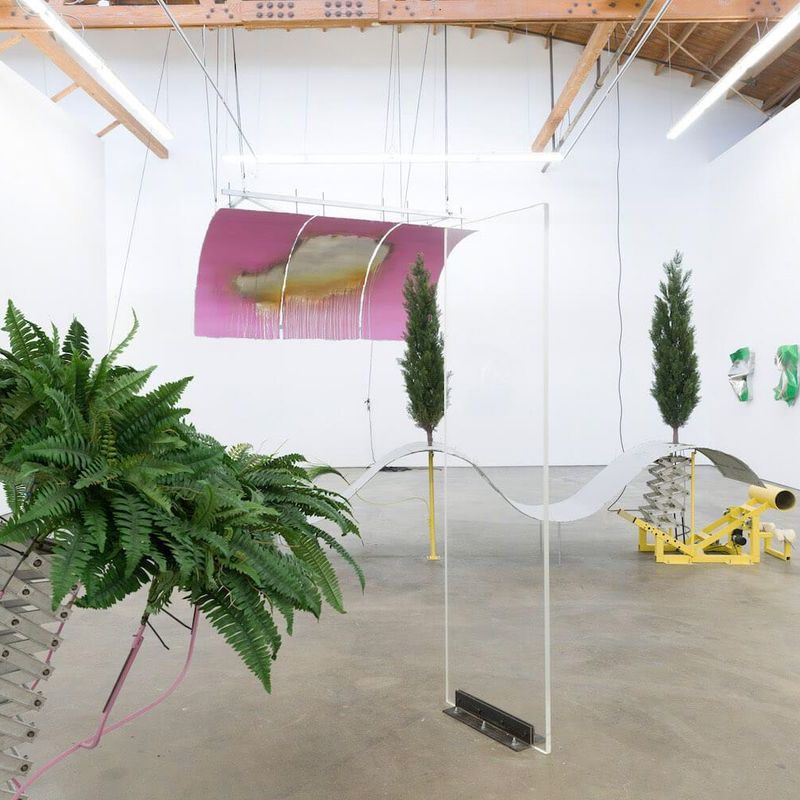 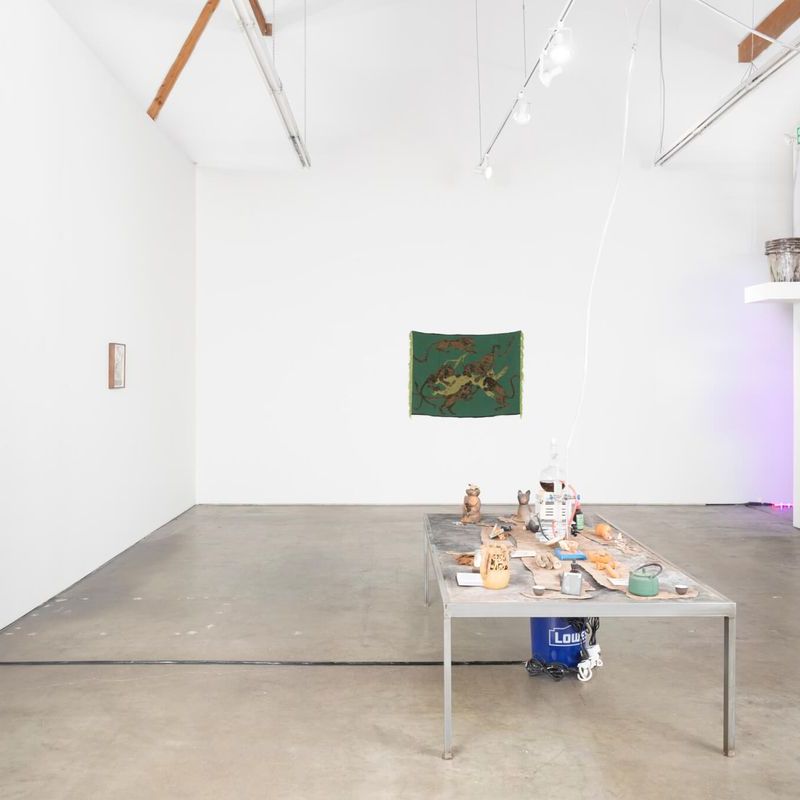 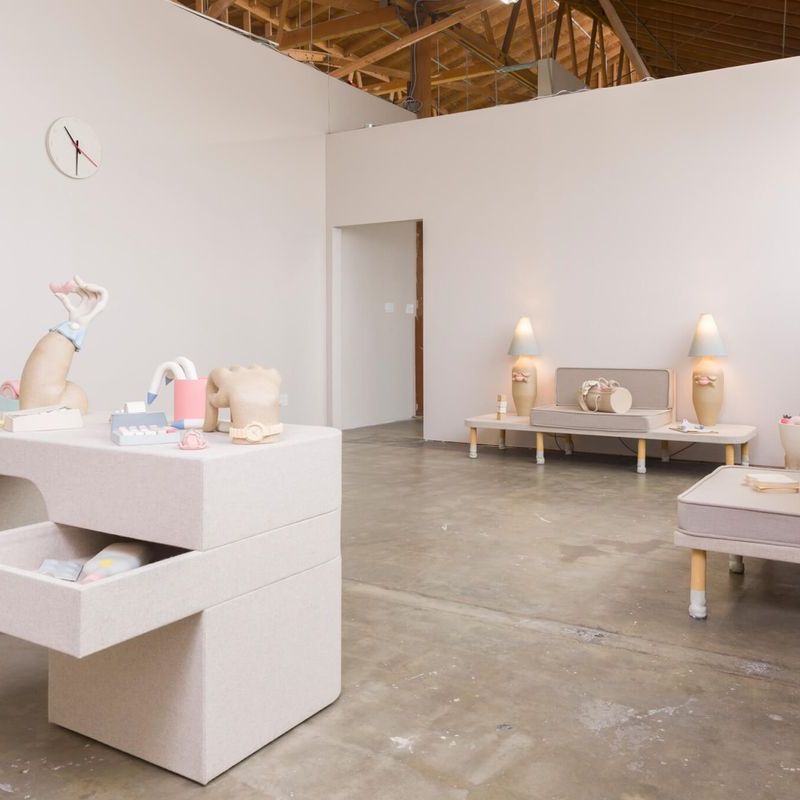 Coins for the Ferryman 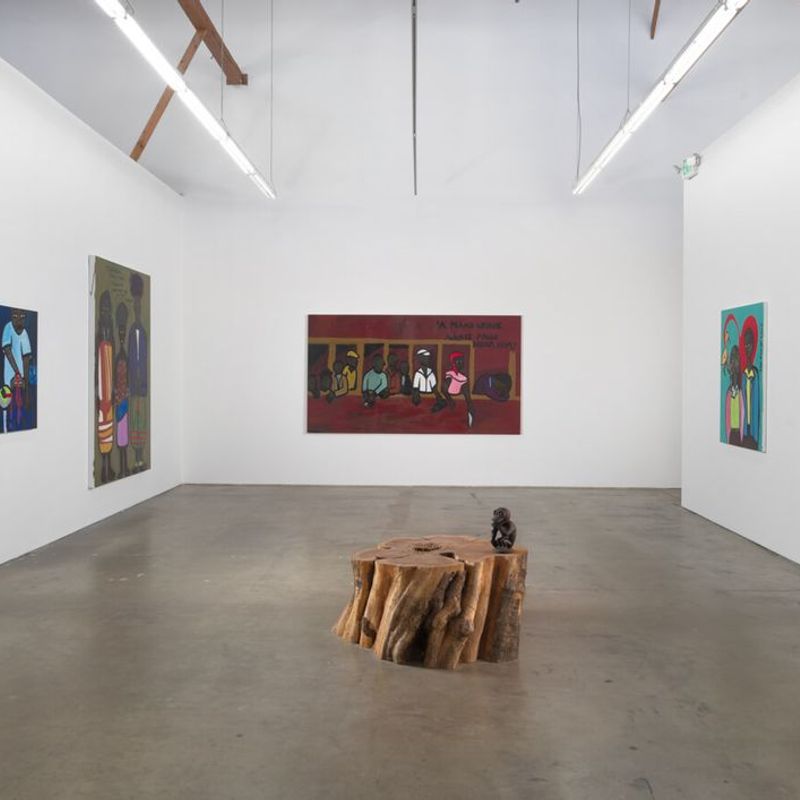 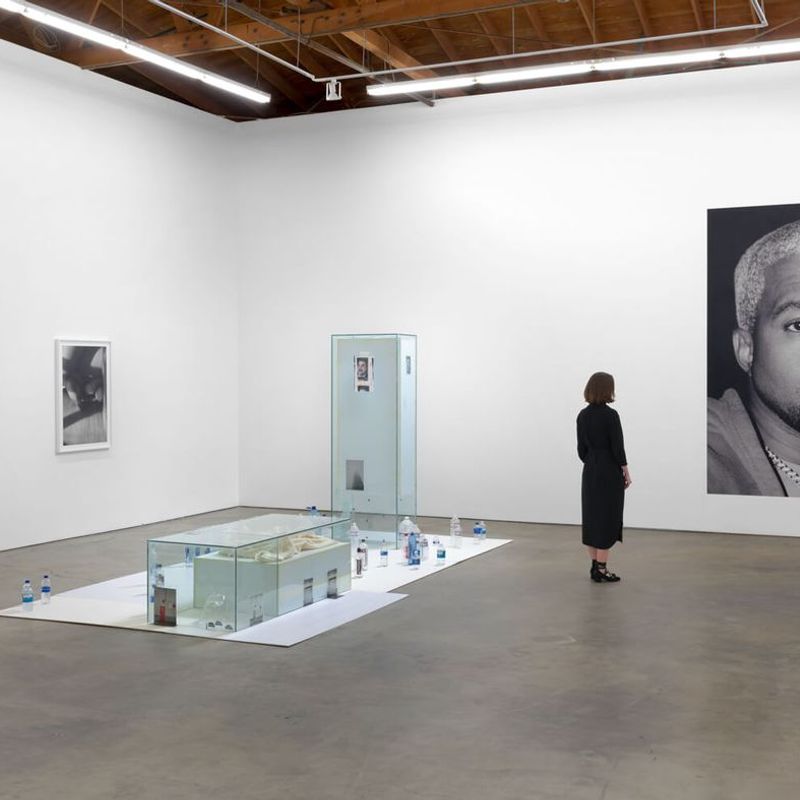 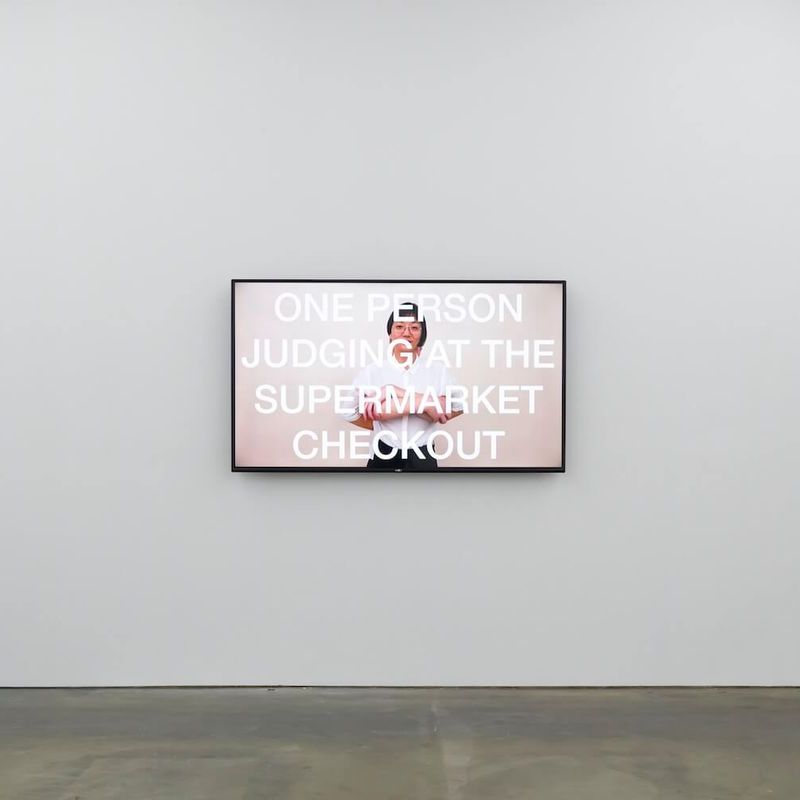 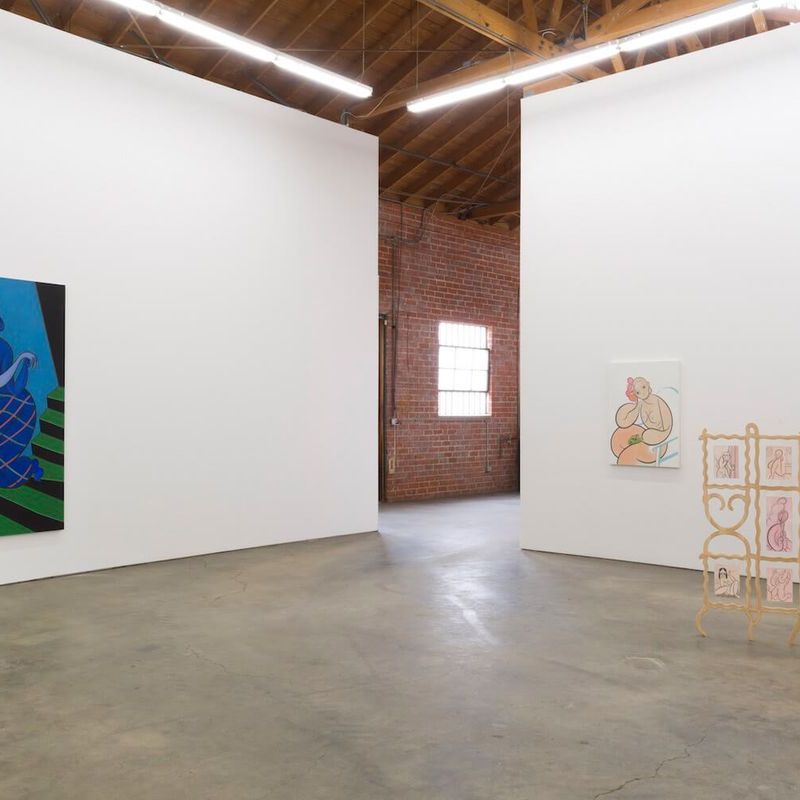 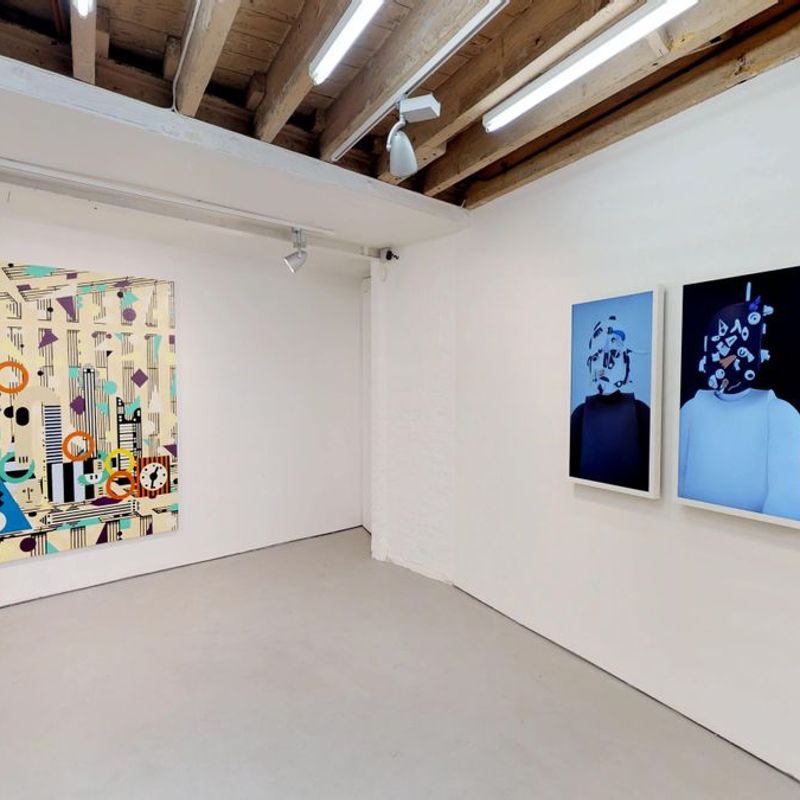 This is a Pipe: Realism and the Found Object in Contemporary Art