WE BELONG HERE is the first solo exhibition by Yuken Teruya in Miami, curated by Martin Craciun. The exhibition features an important new body of work, alongside several recent works never shown in the US before. Traversing mediums of 2D, 3D and installation, WE BELONG HERE presents a sharp critique of contemporary society through Yuken Teruya’s use of monumental landmarks as places of community and commodity. The works on view manifest Teruya’s continued investigation into the production of matter, energy and power in the human realm. His artistic production often recalls the Japanese tradition of honesty and simplicity, as well as his homeland, Okinawa. However, Teruya emerges with a singular voice from his twenty-year experience in western society. Fascinated with the decadence of contemporary culture, Teruya investigates the destructive tendencies of institutions of consumption that are pillars in our capitalistic society, such as banks, churches and museums. By methodically dismantling the frameworks of these institutions, Teruya lays out a legible blueprint for his viewers. Committed to its political strength, the exhibition presents some of Teruya’s most ambitious projects to date; Demonstrating his unique ability to dominate medium, language and scale, WE BELONG HERE propels its viewer towards an uncontainable present that exceeds our current mundane experience. 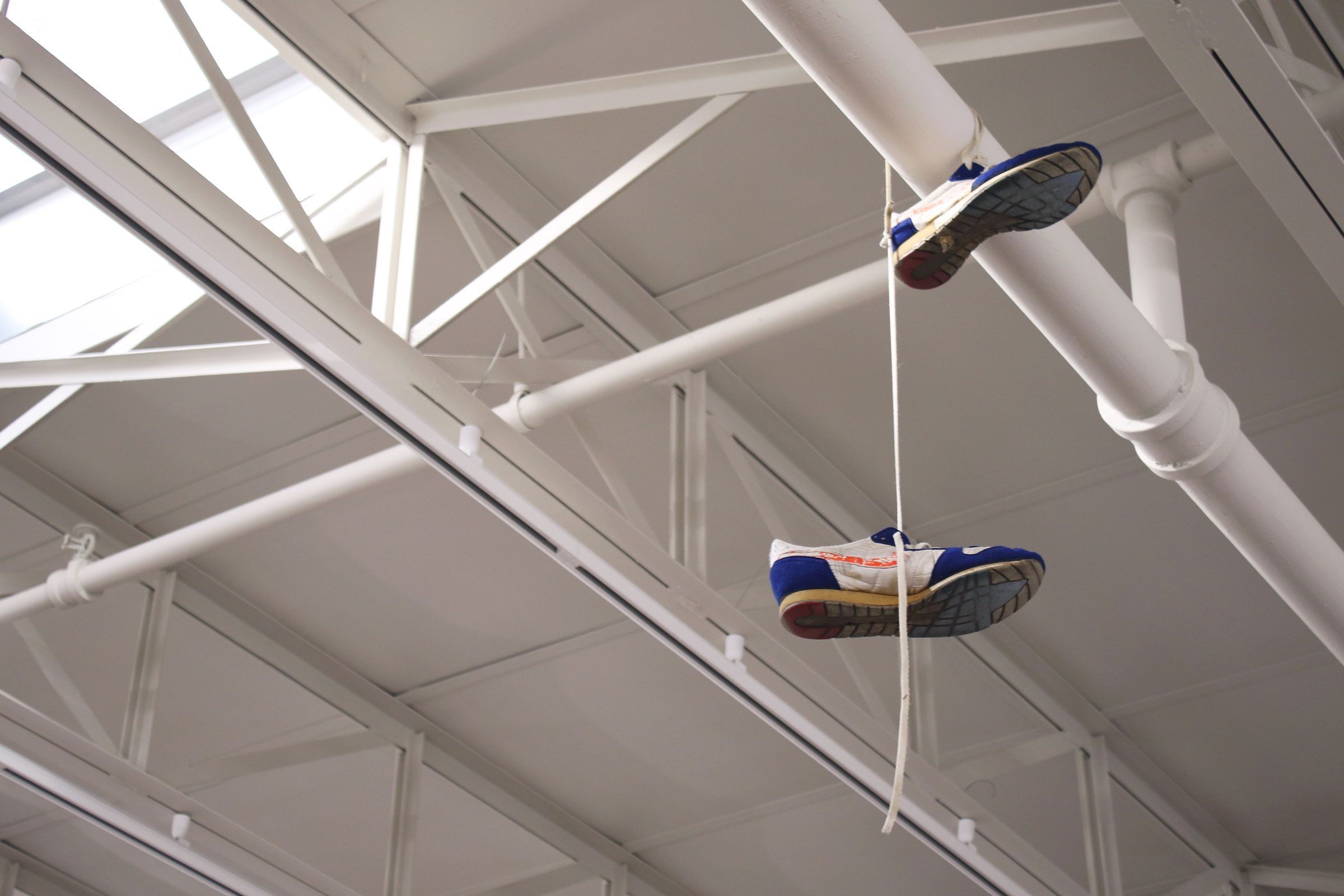 Piero Atchugarry Gallery is pleased to present a video podcast by curator of WE BELONG HERE, Martin Craciun. In this podcast the curator will discuss his curatorial process as well as the conceptual underpinnings of Yuken Teruya's exhibition.

Yuken Teruya (b.1973) is a Japanese born, Berlin based artist whose detailed and meticulous gestures form creations that offer a social critique on consumerist culture, globalism and the production of waste.

Teruya uses commonplace materials such shopping bags, toilet paper rolls, dollar bills, Monopoly money and objects found in the natural world to point to a larger fascination toward nature. He appropriates these familiar materials and deliberately uses a mass-produced version for his creations, like in Golden Arch Parkway McDonald’s (Yellow), 2005 where Teruya draws our attention to a fragile image of a tree preserved, perhaps trapped, within an iconic McDonald’s paper bag.

In Teruya's Dispersed series, a continuous development of compositions comprised of Monopoly money referring to the complexity of the monetary system, the compositions are sometimes architectural, and other times an exercise of nonrepresentational composition.

Monopoly Dispersed #6 is currently on view at the Piero Atchugarry Gallery (Miami location) for Teruya’s first ever-solo exhibition at the gallery titled, WE BELONG HERE. When standing in front of his works one is faced with symbols of obsessive consumption merging with forms of tranquil nature, and the juxtaposition of these images provides a complex discourse. However, Teruya’s message is not simply of condemnation but also of hope— a hope that grounds viewers in the beauty of nature and confronts our involvement in the caring of it.

Yuken Teruya received his BFA from Tama Art University, Tokyo in 1996, and his MFA from the School of Visual Arts, New York in 2001.