The impact strength of the work of Joël Andrianomearisoa, the tracing he left in space, his mark, has always had an ostentatiously present character. The energy it generates continually recalls its presence, emphasizes the lack of time, a space created from chronological laws, an incisiveness that shakes the monochrome. This aspect that constitutes the totality of the artistic production of Andrianomearisoa plays with the no-time, highlighting its repetition, marking the rhythm of a not before and not after, when using references that sink their roots in ancient rites and therefore they seem to look to the past; what they really do is bring to light, in visual and spatial terms, the visceral beginnings of humanity, the non-chronological but inextricably constitutive roots of human nature and its way of being in the world.

The use that Andrianomearisoa has always made of different expressive tools is presented here in all its wealth of details that highlight the procedural excellence and the basic meaning dictated by the fold, the meticulousness: aspects through which the space reveals the secrets of color, its evolutions and its density. The operation carried out by the artist for this personal exhibition may seem at first sight a contradiction with what has been said up to now, especially if the accent is placed on the expressive and almost pungent force of the presented works, whose invisible needles annoy the air, or perhaps they stimulate their retreat to make room for the advance of a trinitarian or destructive dimension of any space-time division.

In fact, the division proposed by the tour within the exhibition space is a real ironic position, subtle and profound at the same time with respect to the conception of time. The questioning in relation to the most hidden meaning of the past, the most appropriate meaning of the present and the most probable of the future is investigated even more deeply when the artist uses these chronological compartments considering them as different moments of his artistic career and, therefore, using himself as a guinea pig.

The entrance to the gallery consists of the presence of a work entitled Dark Sky (2013), which acts as a representation of the past, but which gives the impression of being a door to the revelation of the work itself. The visitor is faced with having to deal with a game whose purpose is to find the real entrance to the exhibition space, which underscores the intrinsic difficulty of coming into explicit contact with the work and, once the correct form of entrance is found, light is revealed, the revelation is fulfilled. It seems like to be entering the creative process of the artist, that process made only of moments in which the form is revealed in its dimensionality and in which Bergsonian duration finds its vertex of expression: a temporary absence in which the creative gesture lasts in its absolute manifestation.

The second part of the exhibition consists of an installation that refers to the present: through a set of works, suspended or not, the artist's most recent production is presented and what is visible here is not time, the work of art as such. The composite elements of mirrors, besides constituting the whole work, act as a visual game of reflections of the past and the future or, therefore, of their conjunction in a single timeless stage that develops in several directions.

The third and final part of the exhibition renders clear the artist's radical questioning of the most appropriate meaning of these temporal giants by ironising about the customary conception of the future term, as well as shared expectations towards this temporal dimension.

The future is now so visible and clear that it is clearer than the present. So clear as to be declared, to be self-declared: a true visual tautology. Finally, what in reality probably this textile wall and its repeated words "Tomorrow, tomorrow" want to represent is a space trampoline, an immediate reference to the space of the present that also includes that tomorrow or that includes it without naming it. And you, do you like flowers? 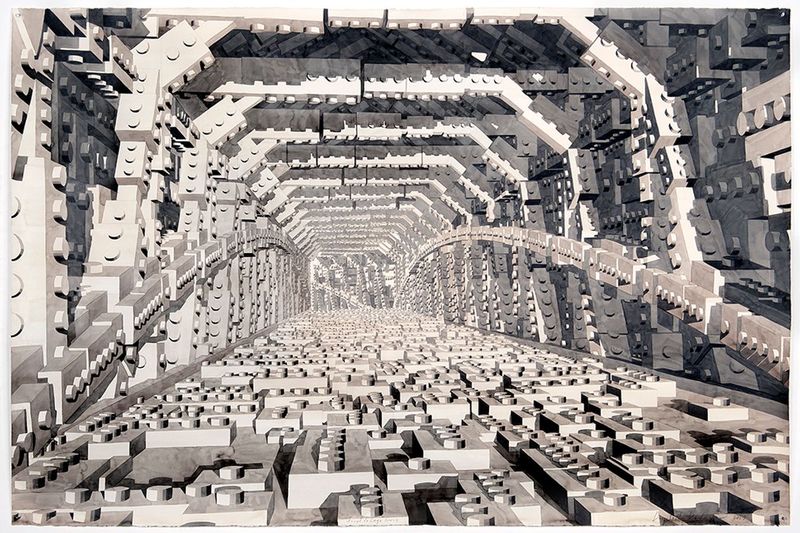 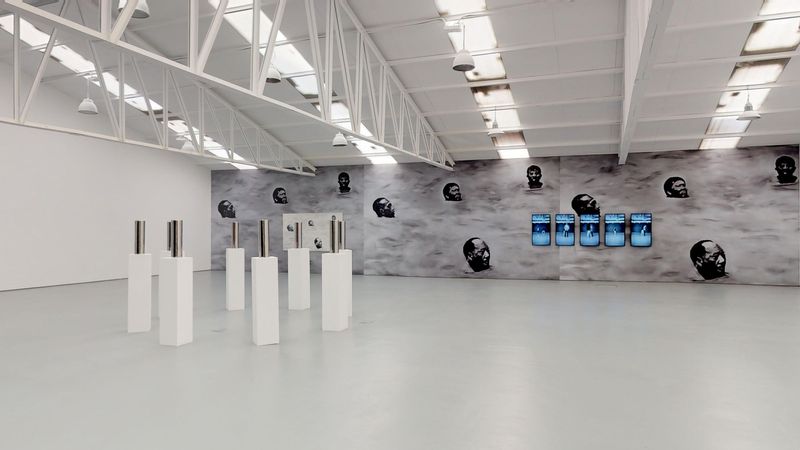 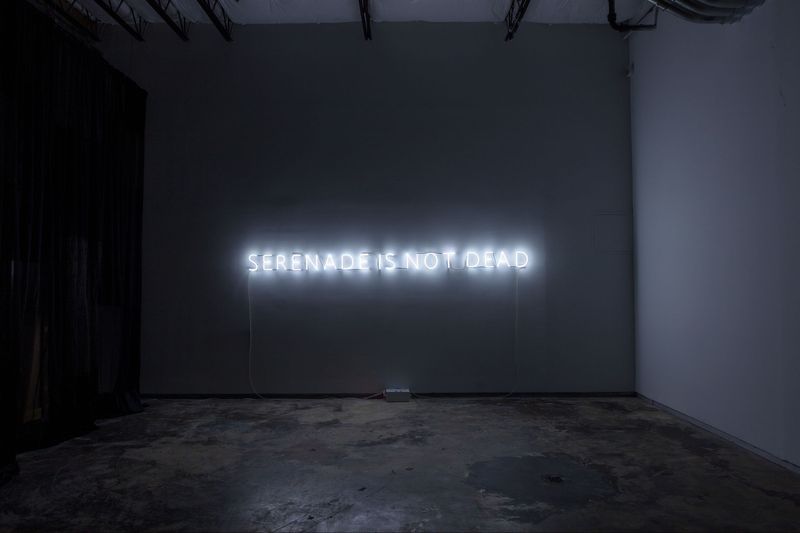 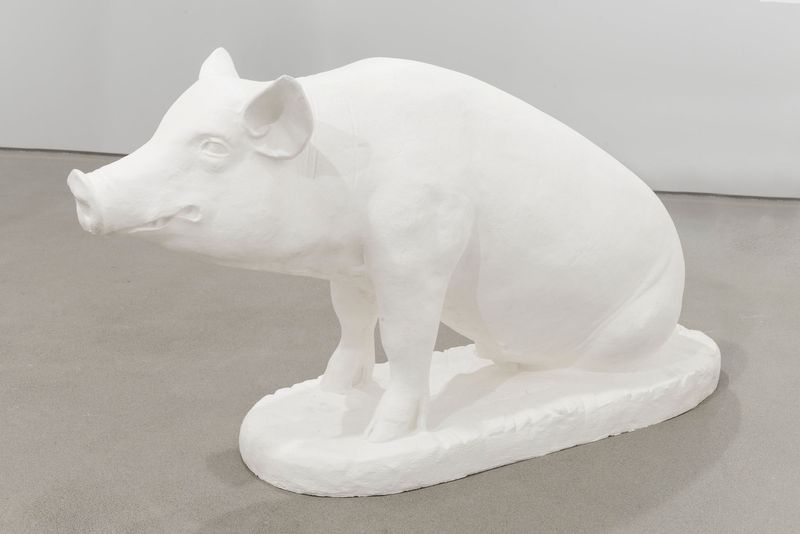 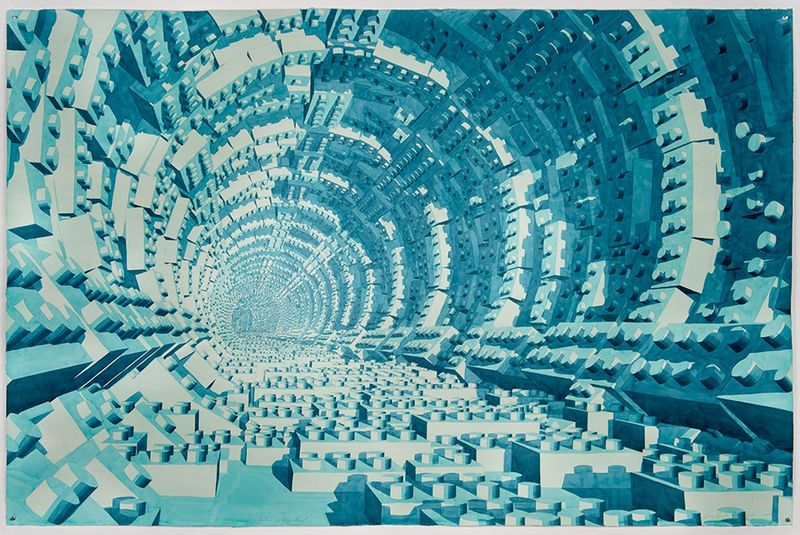 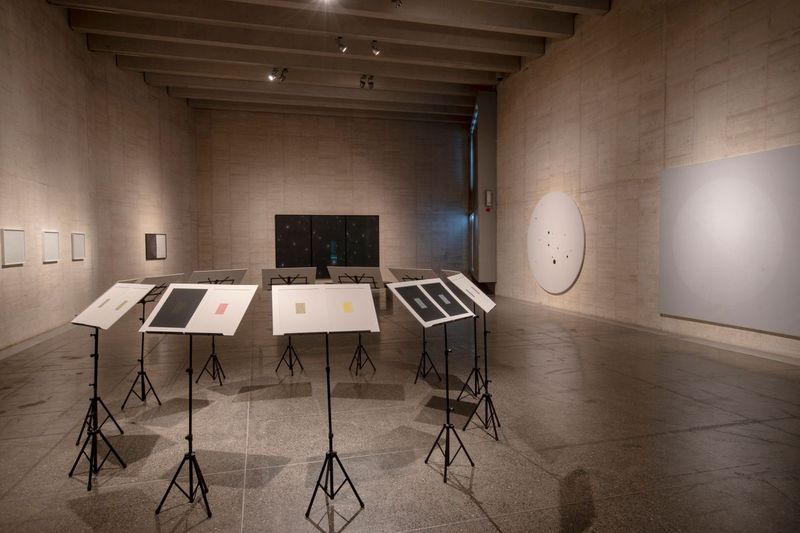 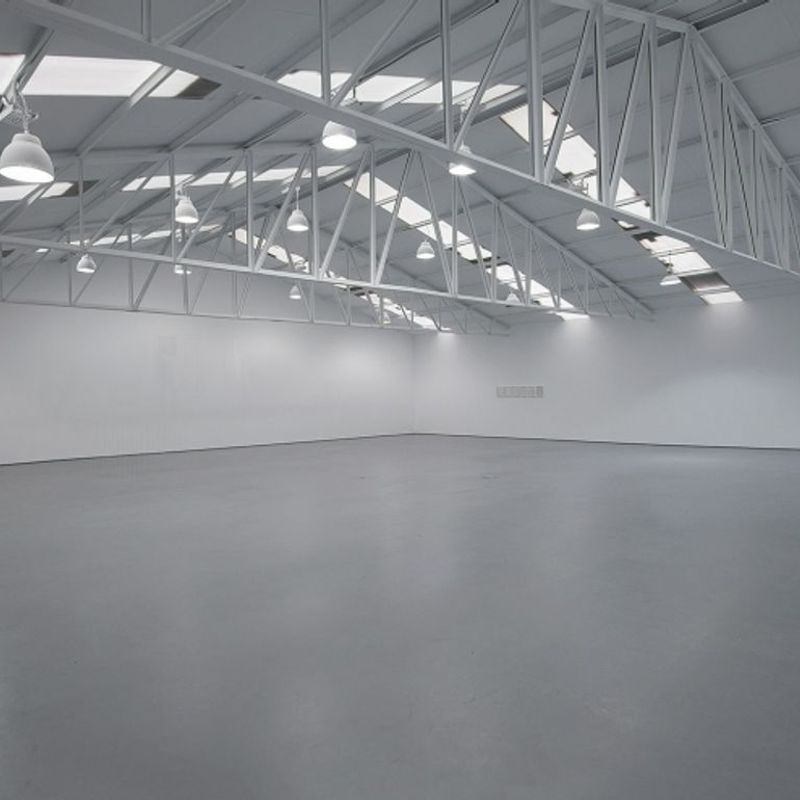 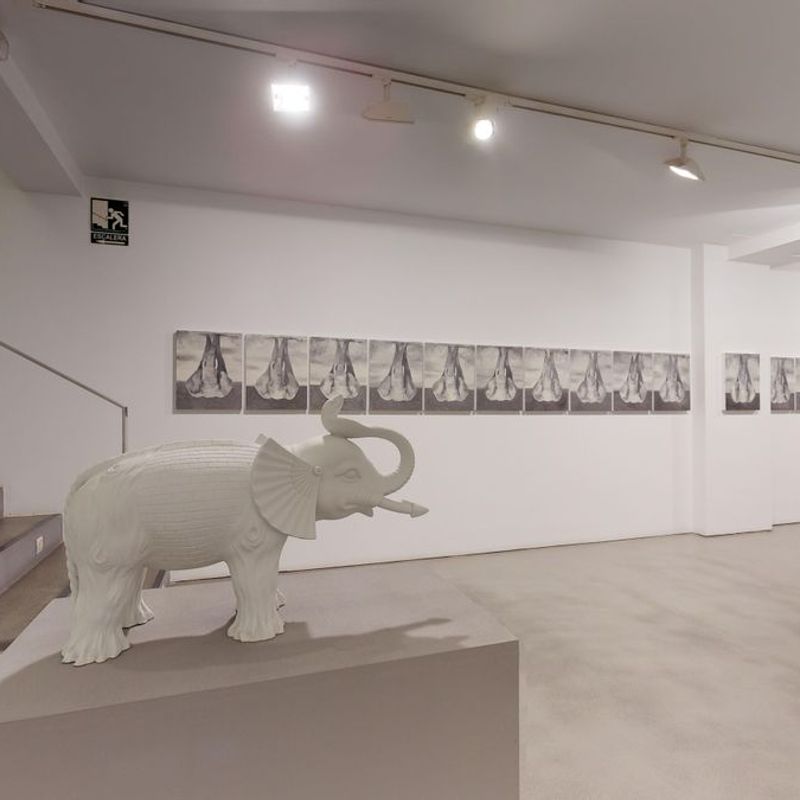 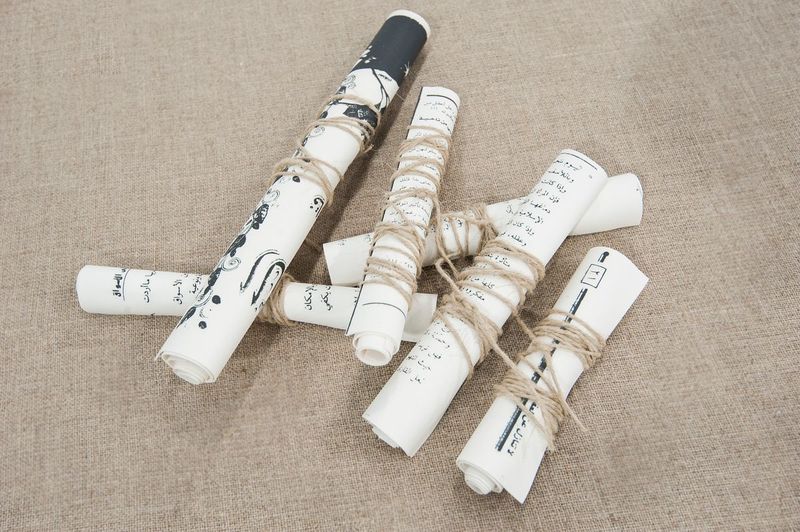 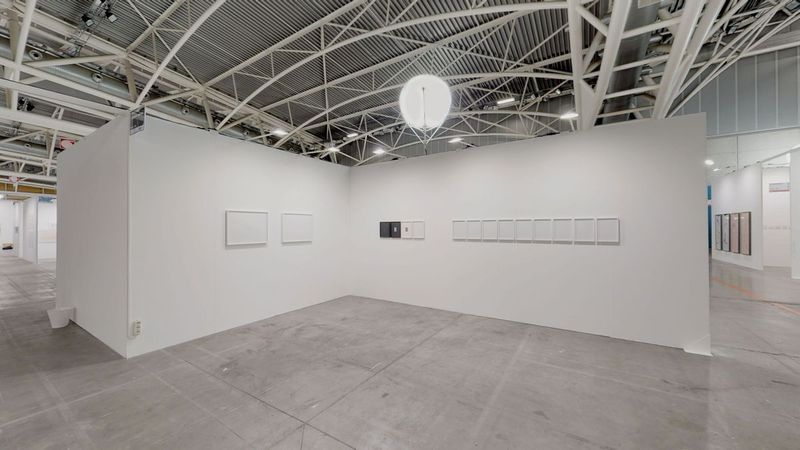 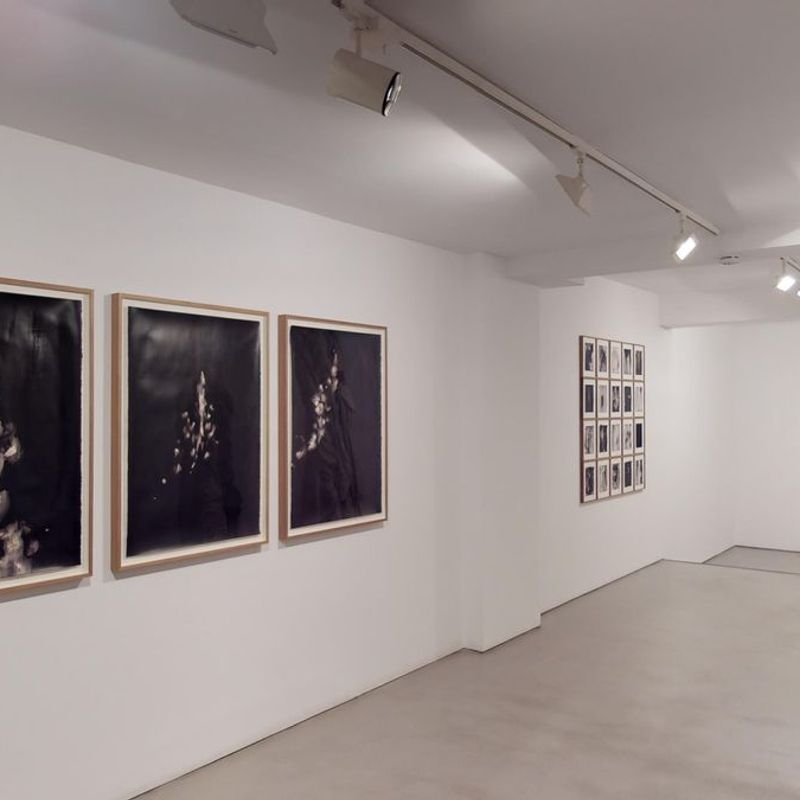 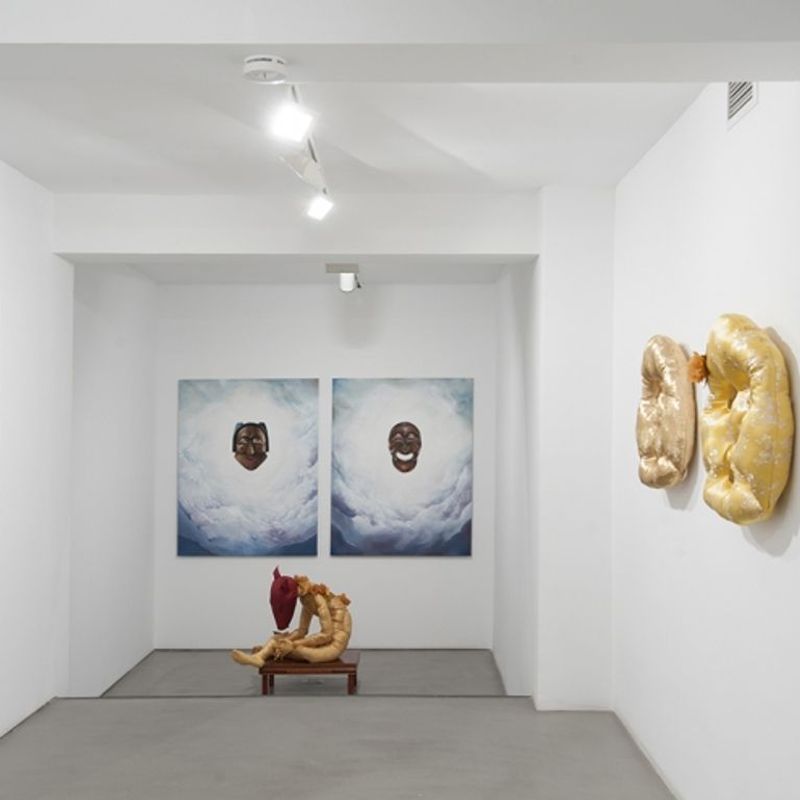 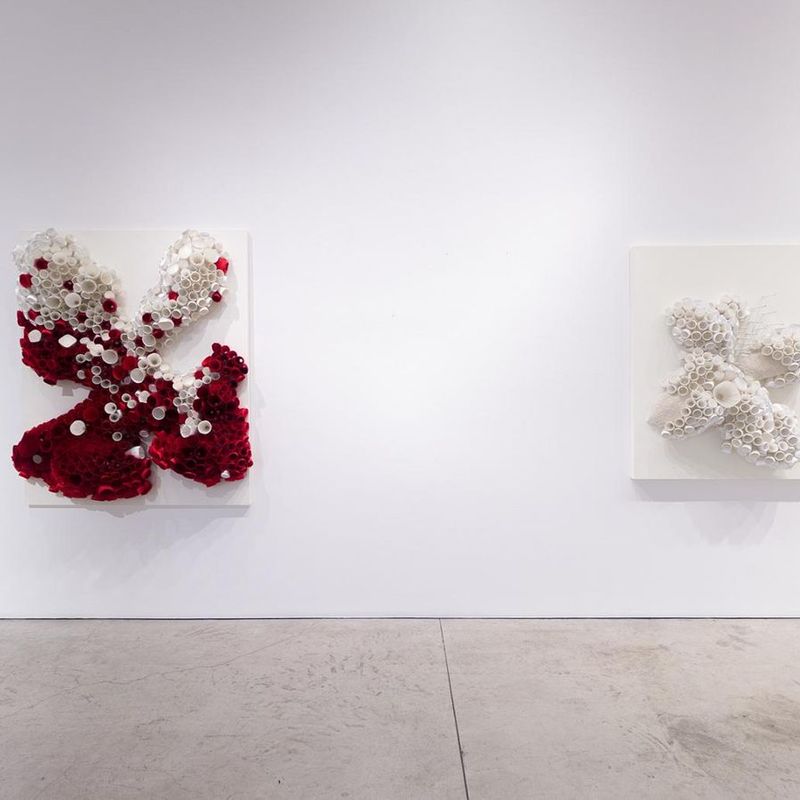 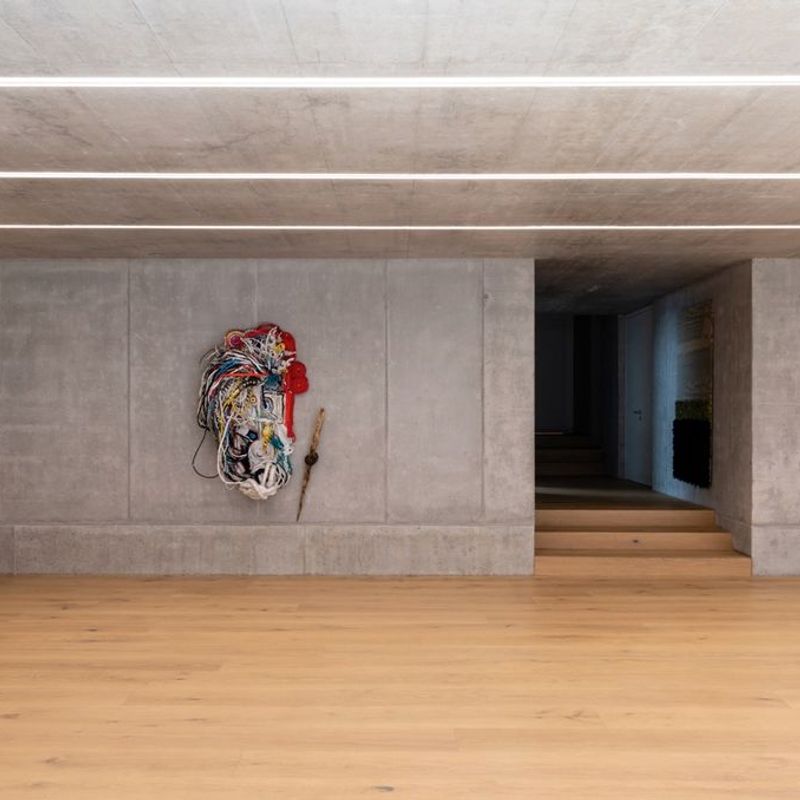 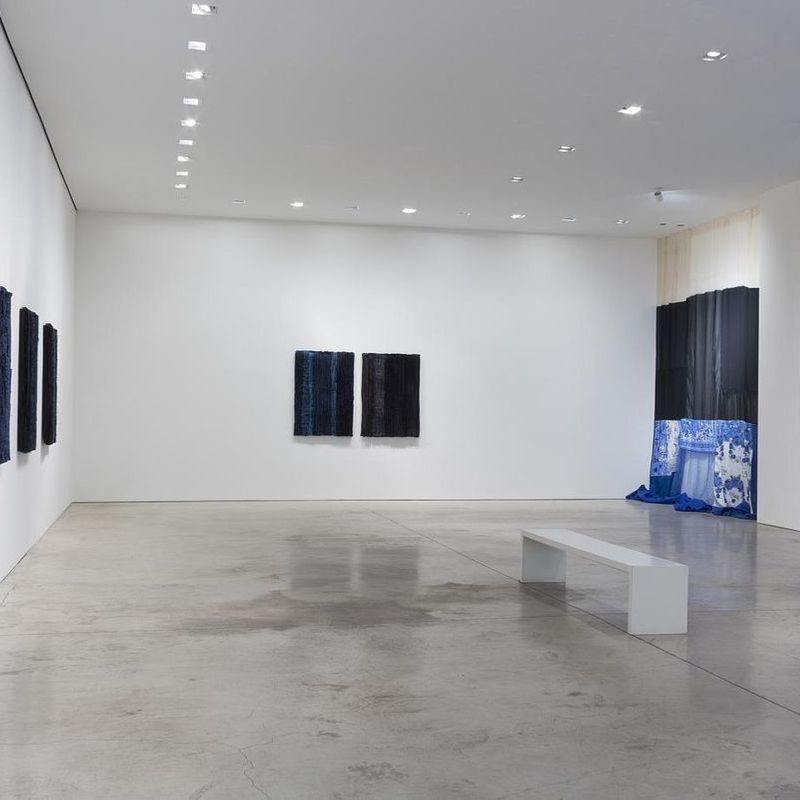 Blue take me to the end of all loves 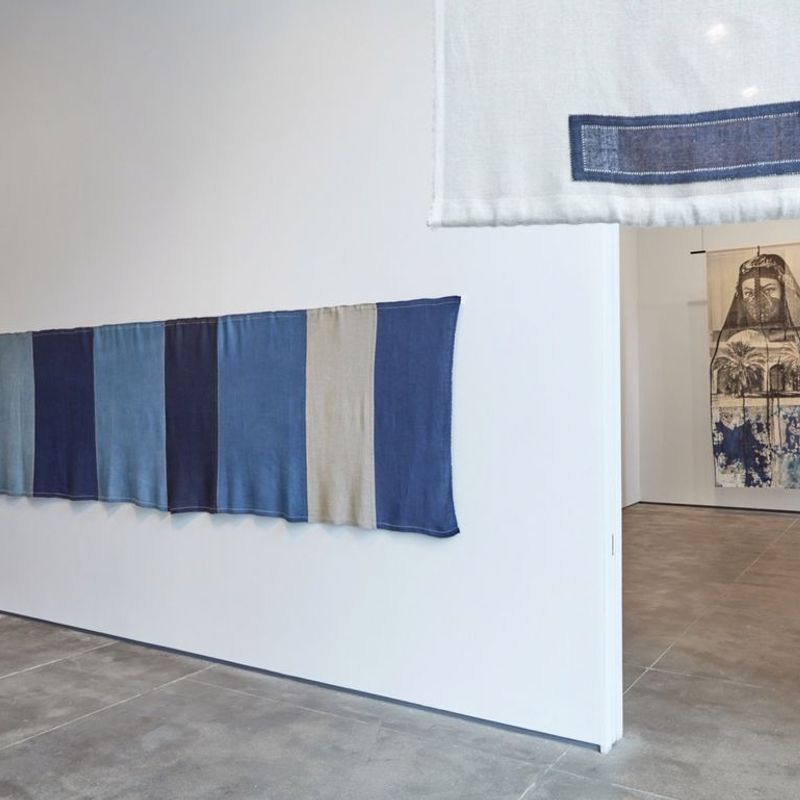