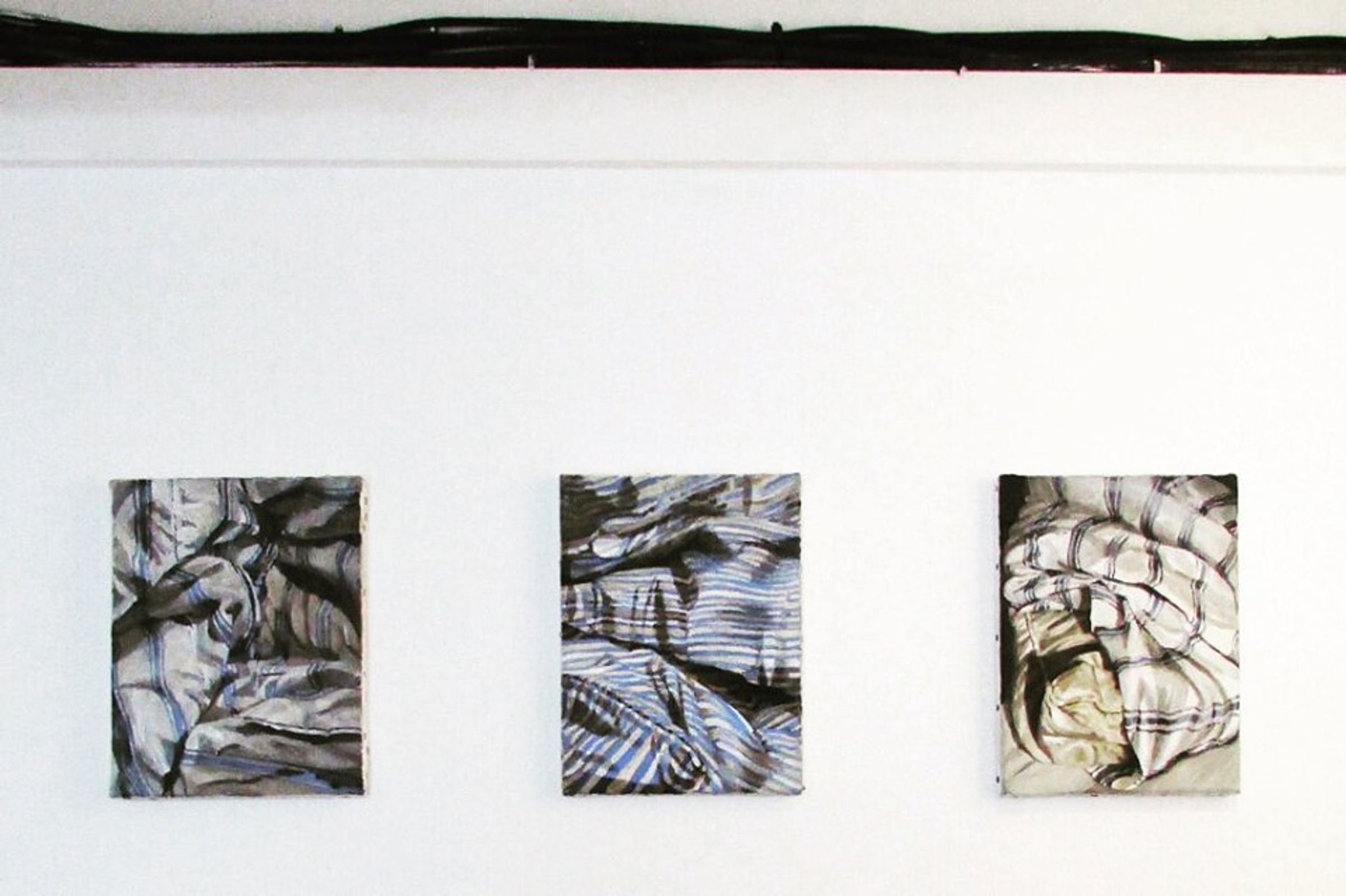 In a marked change from Lyhne's distinctive painting style, Three sees three large paintings depicting men and women suspended in a moment of ambiguous intimacy. These are accompanied by three smaller fleshy fabric studies that hint at the larger canvases. Using potent and hefty lead white paint throughout Lyhne explores a challenging new style for her painting and its approach to materiality, in doing so treating us to her understanding of the animal in three anonymous but distinct human portraits. Within Three, what was once intended as a series of intimate sexual moments have been transformed into an exploration of the observed figure and its intersection with age, interpersonal relationships, sex and death. In the past Lyhne has created powerful, large scale paintings of defiant figures, sometimes in moments of apparent sexual ecstasy, totally unperturbed by the viewer and defying archaic attitudes that still exist in the depictions of the female body and female sexuality. She has studied others and cultivated literal intimacy between the painter and her subjects; accepting and exploiting conditions around incidental limitations. Three explores declining physicality, new affinity, humiliation and in doing so produces a reduced visual novella on acceptance and the transformative power of beauty. Each large work explores fabric, be it striped, blanketed, crumpled linen or pillow ticking with the same vigour and detailed scrutiny as the figure itself. The fabric of the body and the flesh of fabric seem to operate at a level of duality, all colluding in a conversation concerning intimacy. This duality continues into the exploration of twin obsessions: Nietzsche’s eternal return, allied with his concept of ‘gewicht’ (literally weight) and Julia Kristeva’s notion of abjection. Nietzsche through the addition of thick and heavy lead paint and abjection manifesting physically in the curdling nature of the manipulated material as it dries. Lyhne’s wide-ranging practice has in the past encapsulated ceramics, video and drawing but ultimately she is a painter, in command of her medium in a world where too often painting is unjustly dismissed and undervalued. Known for creating substantial, sensual imagery which subverts ideas around bodies and objectification; Lyhne has often used her own image or that of animals as allegory for our other selves, skillfully creating monumental and devastating reflections of uncertainties both personal and political. 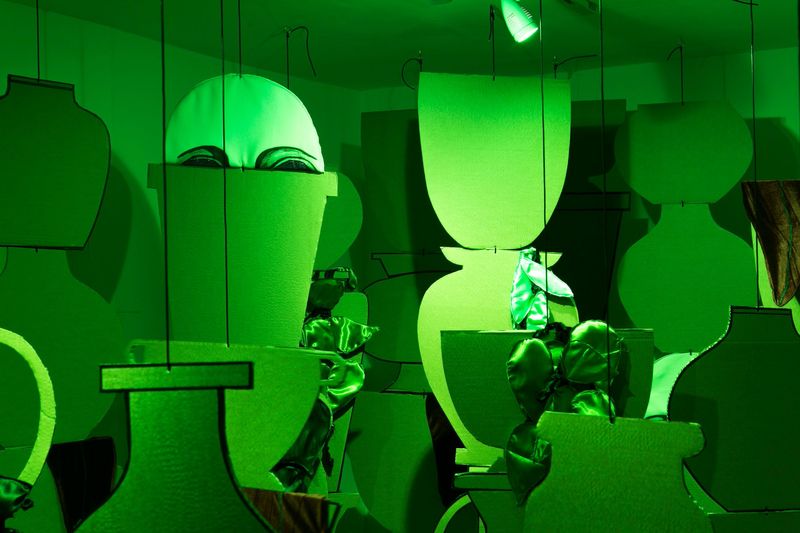 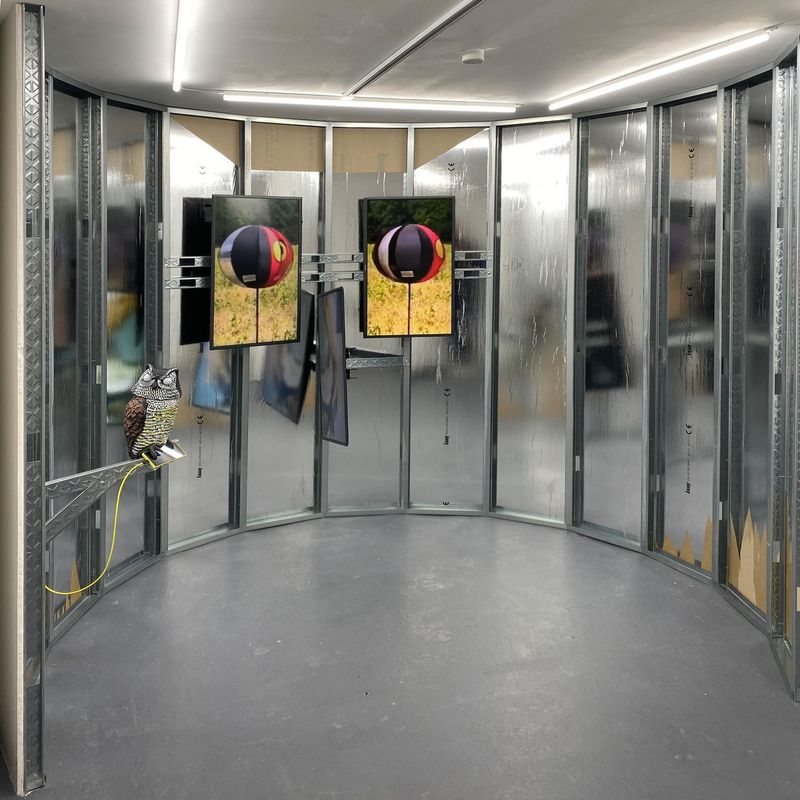 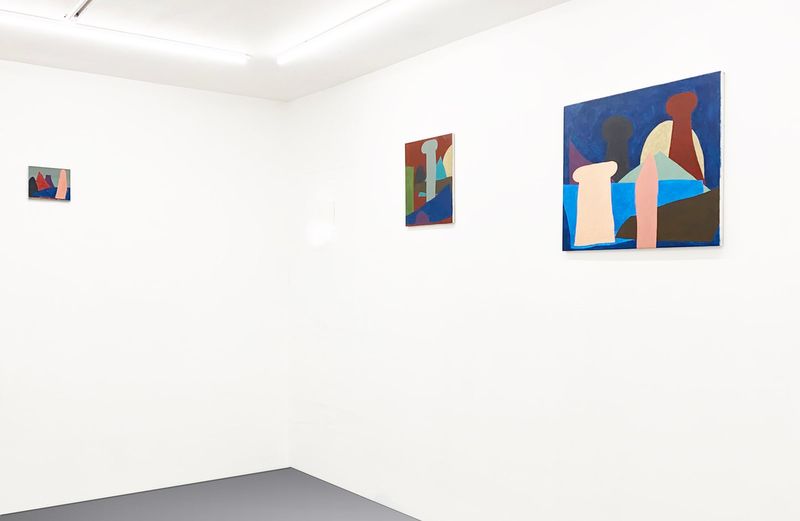 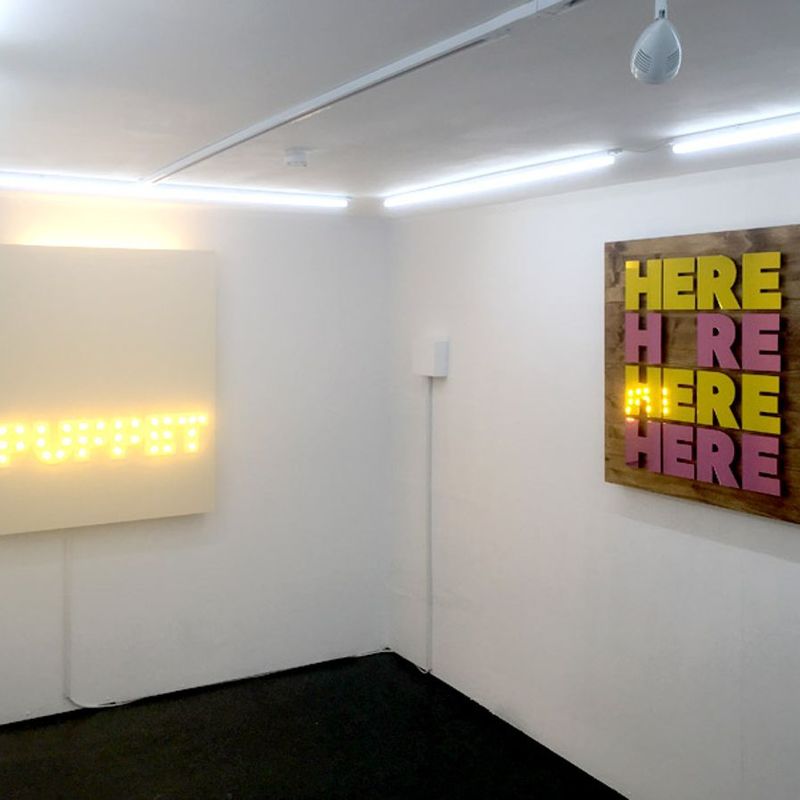 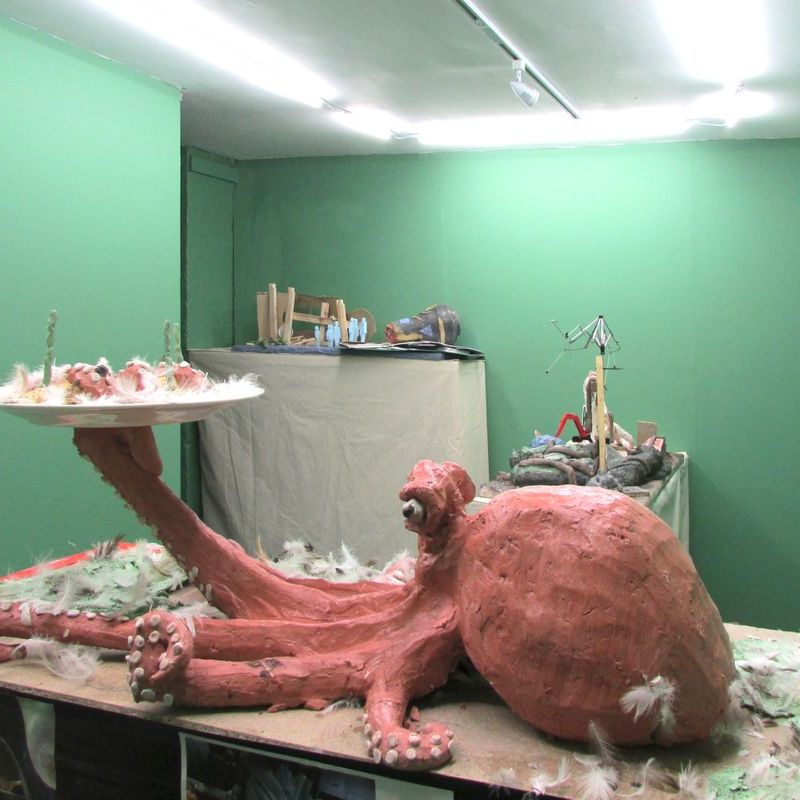 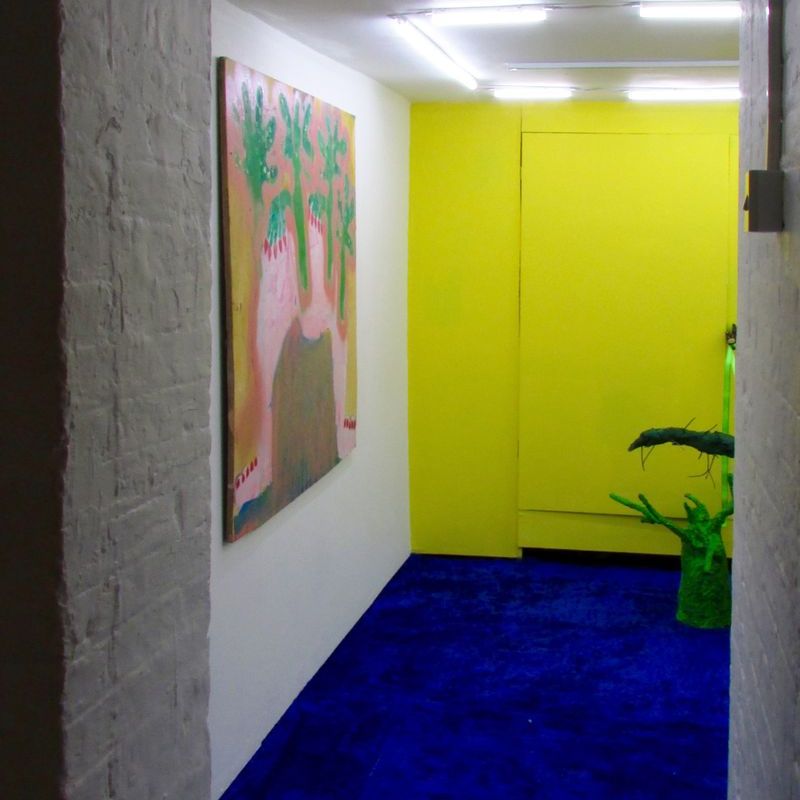 I don’t like broccoli (but I’ll try anything once) 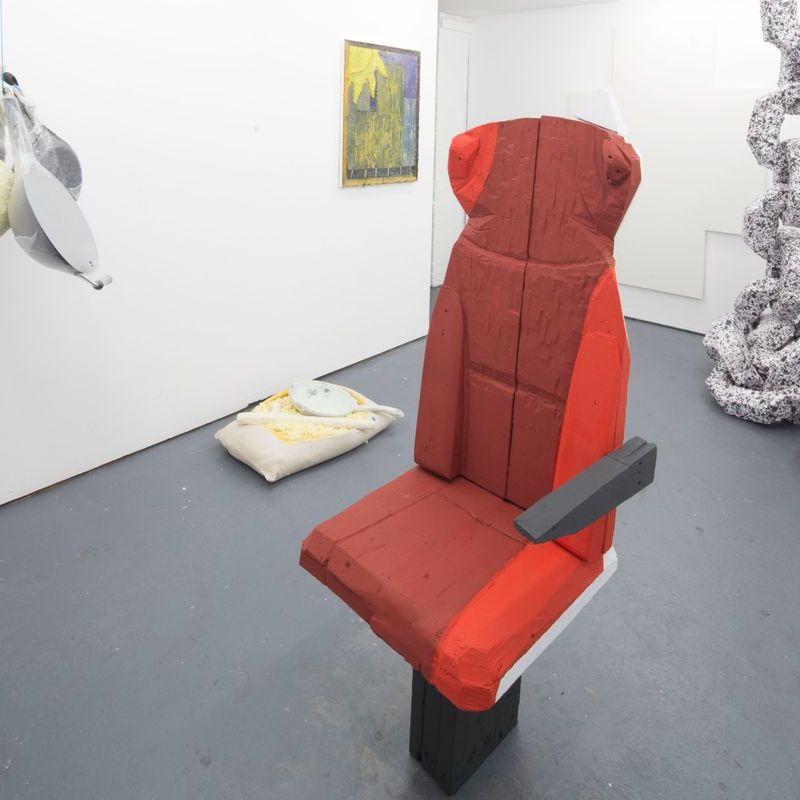 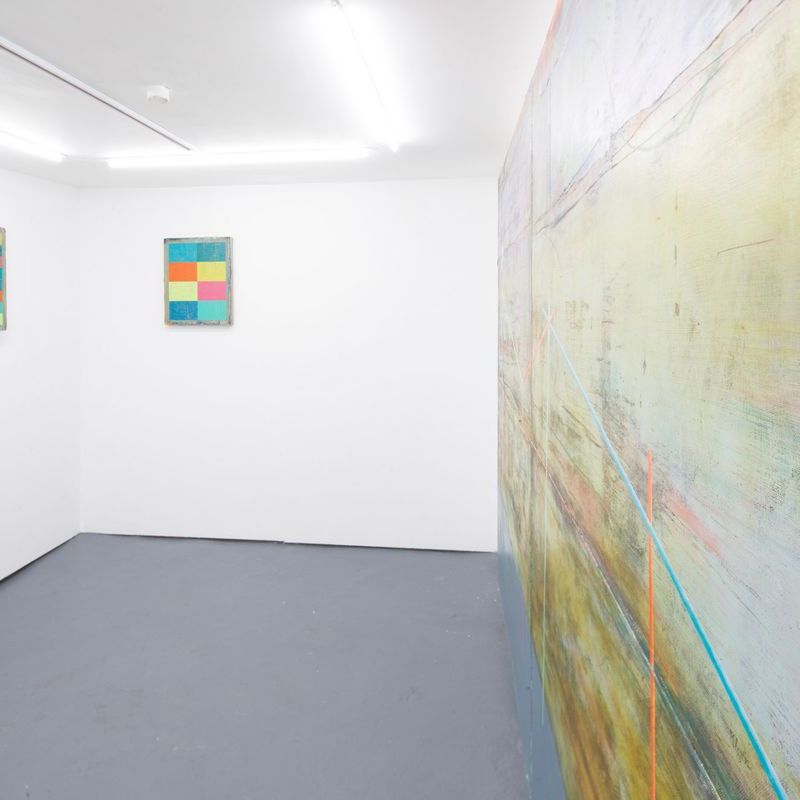 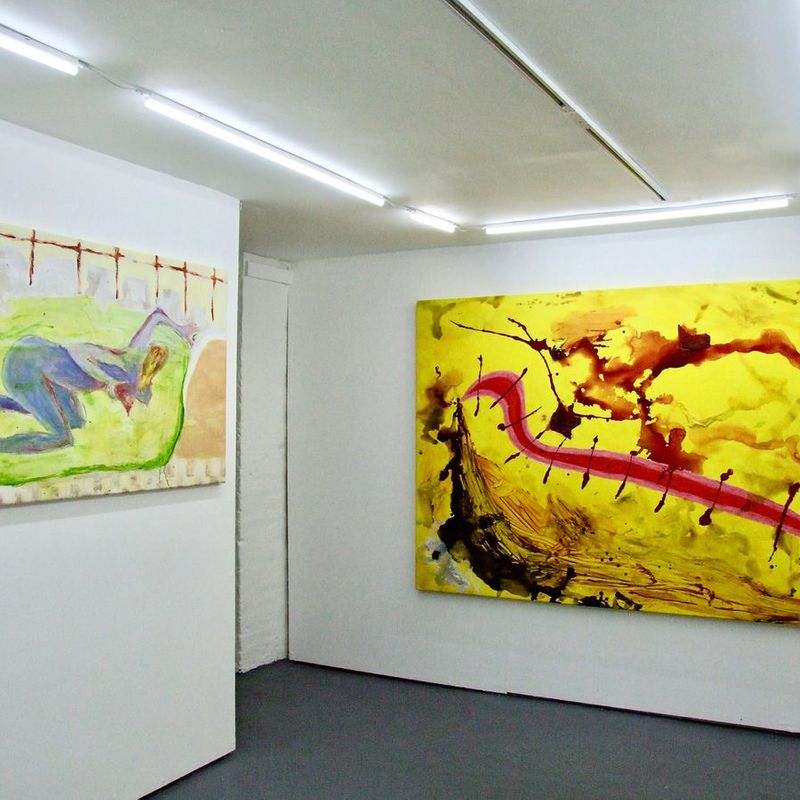 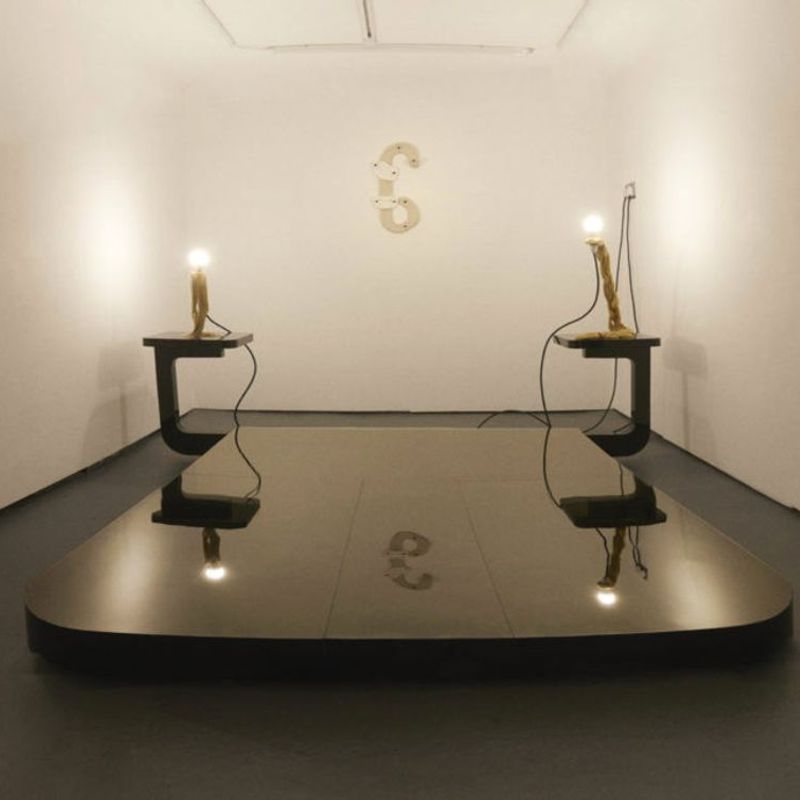 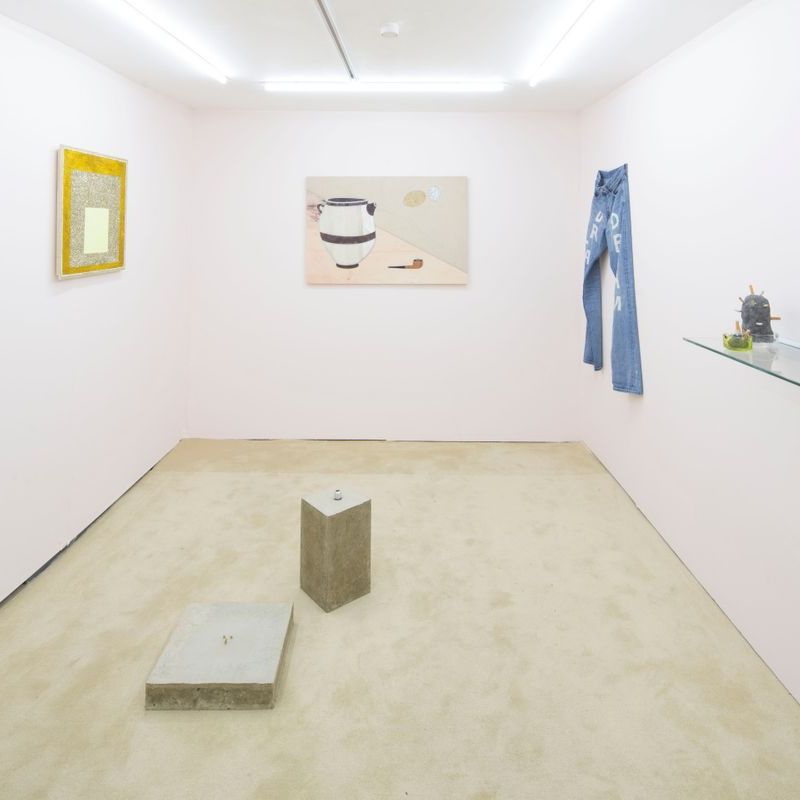 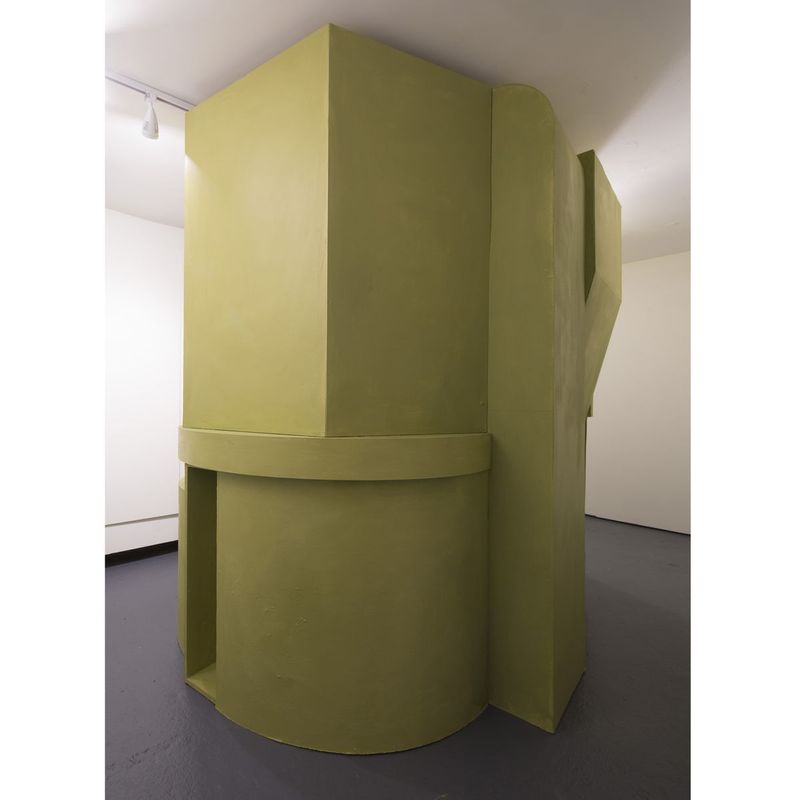