Taubert Contemporary is pleased to announce the opening of Prong B, a solo exhibition by Manuel Franke, on 13th March 2020.

The confrontation between monumentality, fragility and colour are among the distinctive stylistic features of Manuel Franke’s work. Prefabricated building materials and their pure materiality are therefore essential parameters of his artistic approach, turning hardware stores and handicraft businesses into ideal sources of inspiration. Resultantly, an industrial effect is characteristic of his work. In terms of art history there is a closeness to minimal art of the 1960s, for which criteria such as site specificity, pure materiality and an investigation into the relationship between artwork, space and viewer were crucial.

Energetic loops made of rolled grey corrugated iron occupy the main gallery space, questioning its structure. As an apparently insurmountable obstacle, the room-sized installation, "Prong B", blocks direct access. Its magnitude and dynamic push the space to its limits, putting it under pressure. The interaction between mo-vement, gridlock, lightness and heaviness triggered by the work interferes with the static structure of the space, which frees it from any sense of balance and complicates the relationship between inside and outside, above and below. The tense in-formalism of the sculpture breaks with formalism, the latter of which is just as important to the artist. The title of the exhibition is also the title of the installation. It draws from the American hardcore band Prong, who Manuel Franke heard at the beginning of the 1990s, and relates onomatopoeically to the aforementioned tension between forces, while the B stands for Berlin.

Although Franke deliberately avoided provocative colour for the installation in the main space, it is important for both the wall works – which were produced especially for the exhibition - and the plinth work. Near "Prong B" there is a work made of several corrugated sheets stacked on top of each other on a plinth protruding from the wall. The individual layers of "Couleurs risquées" are painted in different colours, which almost neutralises the directness and coolness of the material. Its flowing form, reminiscent of the Hokusai wave, gives it a lightness and undulation that contrasts with the hardness of the metal.

The polished surfaces of the stucco lustro wall piece, which fluctuate between natural and artificial, are animated by a gentle wave motion. They call to mind frag-mented, sanded marble or granite slabs that unknown external forces have influenced, leaving traces and holes in the process. Since the Renaissance the stucco lustro technique (pigmented and polished plaster) has been used in order to imbue simple plaster (low) with a sense of sophistication (high) through reworking. The technique is emblematic of Manuel Franke’s artistic approach whereby he skilfully transfers prefabricated hardware store materials into the realm of fine art.

The collision of opposites typical of his artistic cosmos is the linchpin of the exhibition at Taubert Contemporary, yet it is presented as a unified system since everything is connected and one thing determines the next. Qualities such as lightness, size, dynamic and the immaterial character of the installation "Prong B" contrast with a calm concentration on the object, and not least with the earthly-geological character of "März II". It is exactly these ruptures that give the exhibition a physical-ly perceptible tension and actively involve the viewer.

MANUEL FRANKE, born 1964 in Bonn, Germany. He lives and works in Düsseldorf, Germany. 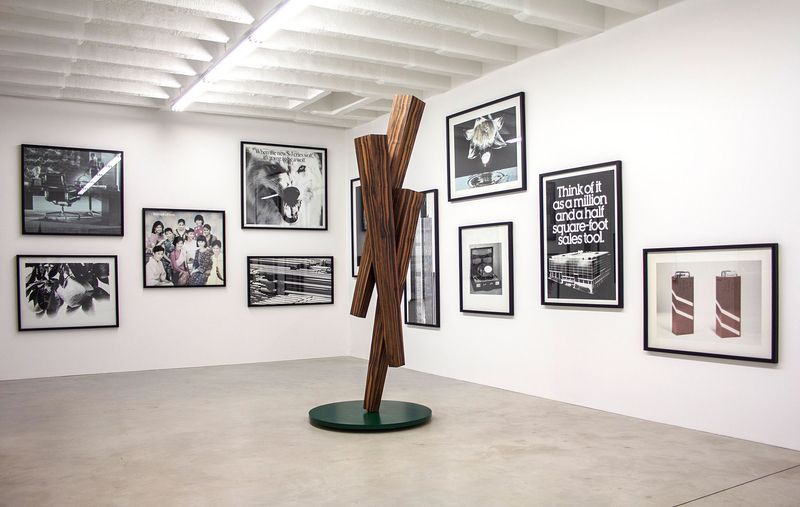