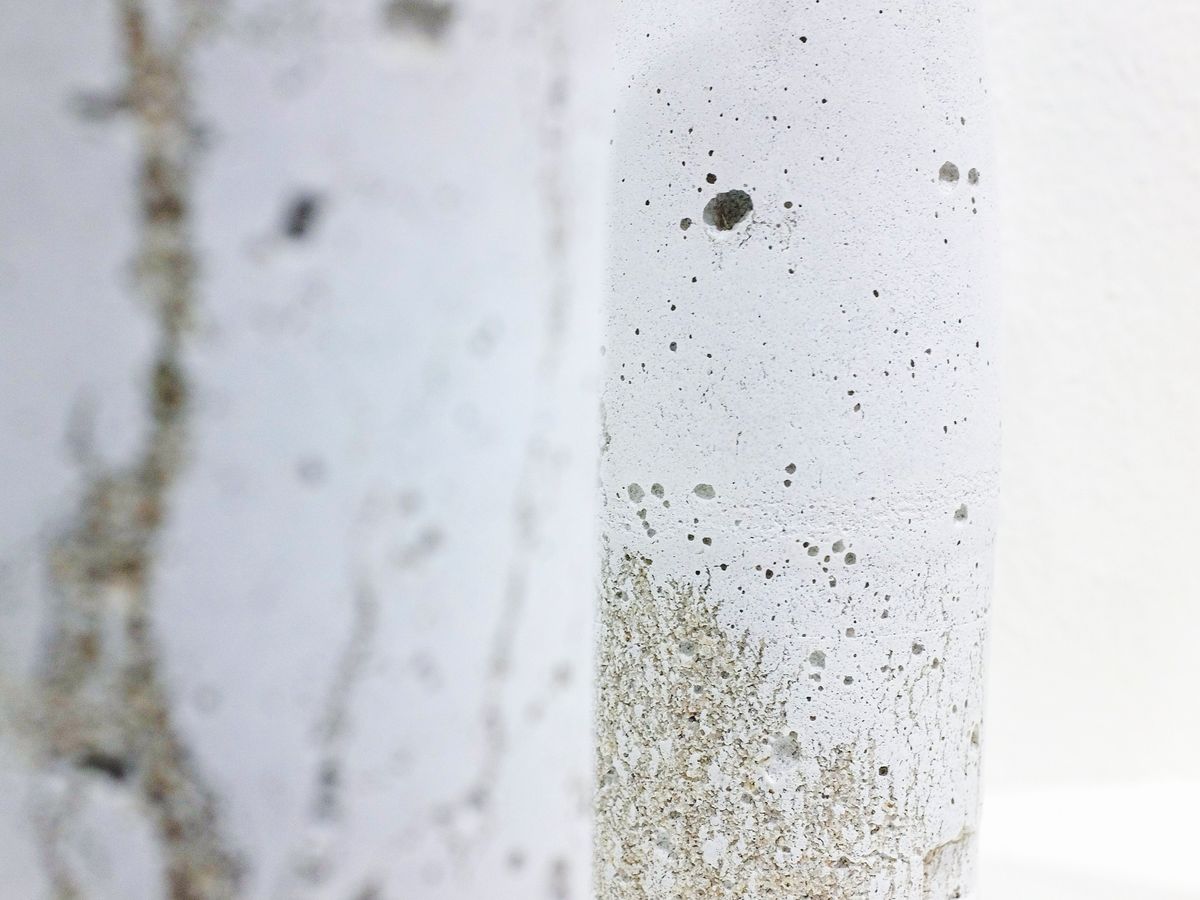 “We must create needs for them"

Is the end of capitalism not due, as Marx theorised, to a sort of implosion of the capitalist system itself?

The imagined scenario which is created in the spaces of the Galleria Ramo by Patrizia Pfenninger, in her first solo exhibition, questions the hypothetical reception, interpretation and classification of everyday objects of our time, from an other, extraterrestrial life form. The exhibition in Como is thus transformed into a sort of spaceship/archaeological museum of the future in which the only survivors, petrified (hence the analogy with Pompeii) follows a mysterious, fleeting and infallible alien intervention, gathering the goods of consumption. Symbolic objects easily and deliberately recognisable to today's consumer, increasingly considered (illusory) "useful and indispensable" but which, in a short time, inevitably become "the waste of tomorrow” (Zygmunt Bauman, Vite di scarto, 2005). Symbols of an apparent progress that leads to an even greater and unreasonable production of new things, capable of triggering a feeling in man, a voracious, greedy, bulimic desire for consumption. Consumer goods of the current society, defined as liquid both for its debauchery and for the constant and sudden change to which it is subjected, the rise to simulacra idolised by the masses. Wax idols (like a pair of Icarus's wings) built on images and advertising, creating on the whole a visual communication implemented through targeted marketing strategies there is even talk of neuromarketing that works at an unconscious level and is able to leverage the decision-making capacity of consumers, today find their apex in branded products, where the brand has become (not always rightly) synonymous with quality and excellence. And these products, now an integral part of the everyday life, help to describe, to denote and at the same time to characterise our identity. Going further, these products have literally shaped our experience of reality: today an apple is no longer a fruit but a computer as much as a crocodile is not an animal but a t-shirt. The signifier has supplanted the meaning. The collective imagination is saturated with hidden messages that in the long term have contributed to creating a distorted image of reality, to conditioning our perception of it and even to teach us, or rather unlearn, how best to live. The capacity of emotional persuasion of these messages, insinuated in every sphere of our action, distracts attention from the essential directing it towards the object of desire, the superficial; we are attracted by the latest model of a smartphone, from its functions to its updates, from its dimensions to its performances, without seeing the sad reality that hides inside the production of the object: the exploitation of the cobalt mines in the Congo and the thousands of people exposed and subjected to inhuman working conditions. We are approaching and we resemble the inhabitants of Leonia, one of the invisible Cities of Calvino, in a frightening and worrying way, where "every morning the population wakes up between fresh sheets, washes with barely scrubbed soap, wears brand new dressing gowns, extracts from the most perfected tin cans refrigerator still untouched, listening to the latest nursery rhymes from the last model of an apparatus", and later "everyday more things are sold sold, fabricated and bought, opulence of Leonia is measured by the things that every day are thrown away to make room for new ones.” The appearance in the eyes of others (how we dress, which model of car we drive, what glasses we wear, what phone we own, what we eat) replaces the substance of our being. "It is a sign of great misery, that man needs so many things: he shows himself to be poor in the things of the Great Spirit. [...] Because the Papalagi [the white man] inebriates his spirit in many ways, and he is convinced that he cannot live without things, as one cannot live without eating ", said Head Tuiavii of Tiavea of the Samoa Islands to his island brothers at the beginning of the last century, warning them and warning them against the white coloniser and his "treasures" that "are nothing but poisoned arrows". Now we are the actors, oblivious or careless of the capitalist logic, driven by an insatiable hunger for the new. Without wanting to, we are swallowed up in a black hole of indifference, now insensitive to any kind of suffering as long as it is distant or mediated by a screen, spectators of a shipwreck ready to share the tragedy. What we possess has ended, willy-nilly, to possess us and lead us slowly towards a constant and unattainable sense of dissatisfaction and unhappiness.

Based on these considerations, the project by Patrizia Pfenninger Pompei today. The end of capitalism is born. Hypothesis of a future archeology where the simulacra of consumption are transformed into finds, products stripped of their appeal and reduced to objects in their essence (mindful of "a rose is a rose is a rose"), testimony to a past (our present) marked by economic and market logic with questionable and controversial effects. Without entering into an explicit criticism of the system of values of the contemporary world, the exhibition invites the viewer to reflect, to dwell on its relationship with the material goods with which it interacts daily and on the choices that it is so frequently called to put into practice. Quoting the artist "we are our supermarket (of choices) / we are our own meat / we are our own butcher". Pompei today is therefore the exhibition of an imaginary and imagined exhibition that has not yet taken place, a sort of document / testimony of contemporary life and of the search (perhaps vain) of the human being for a happiness without expiration date. 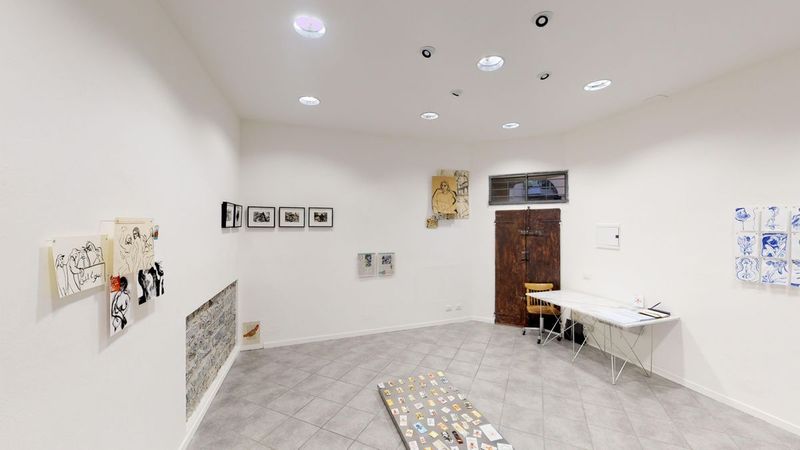 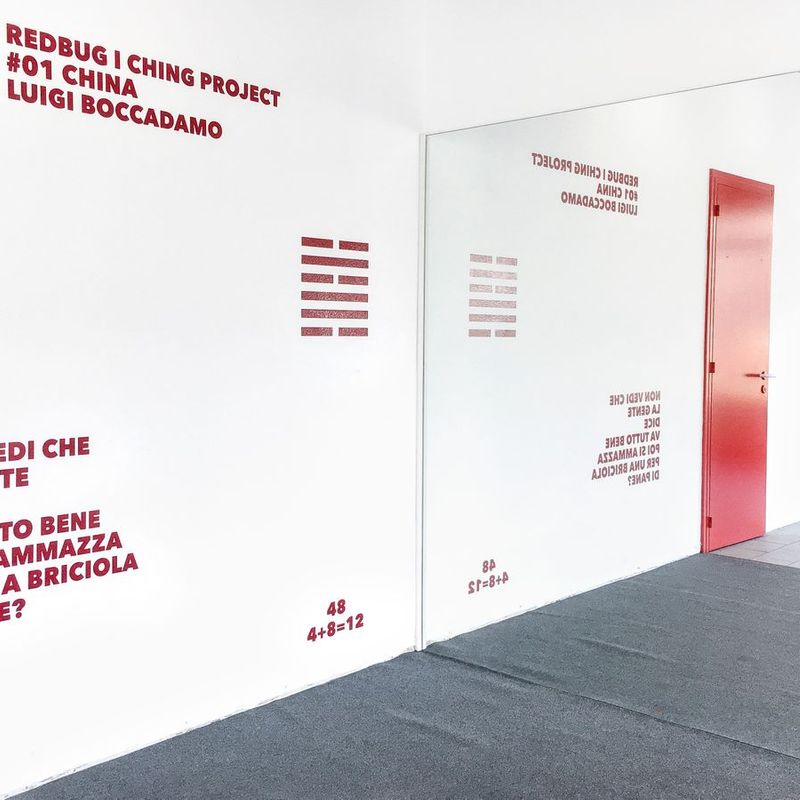 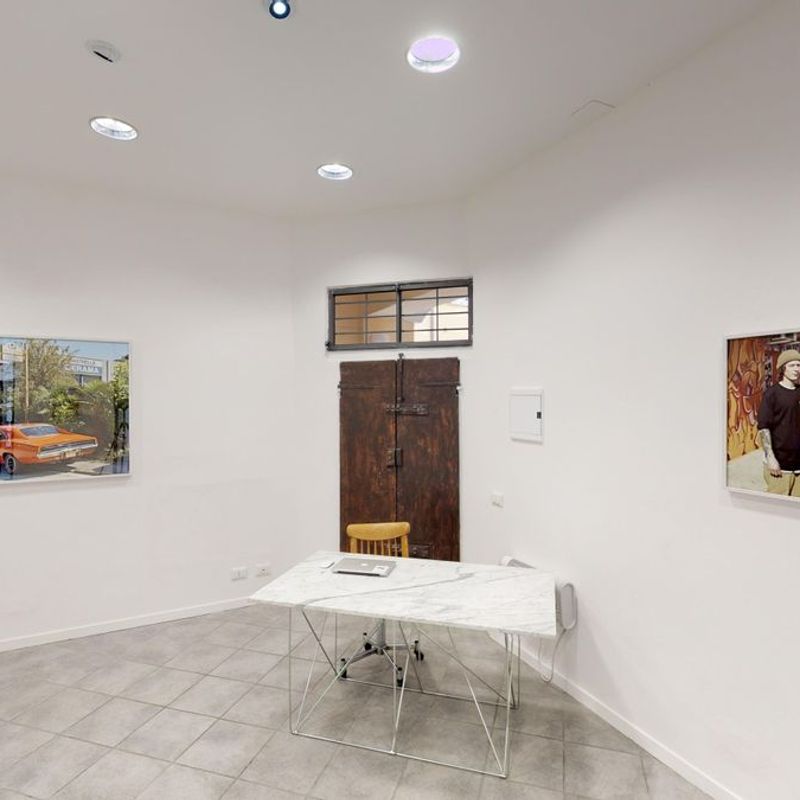 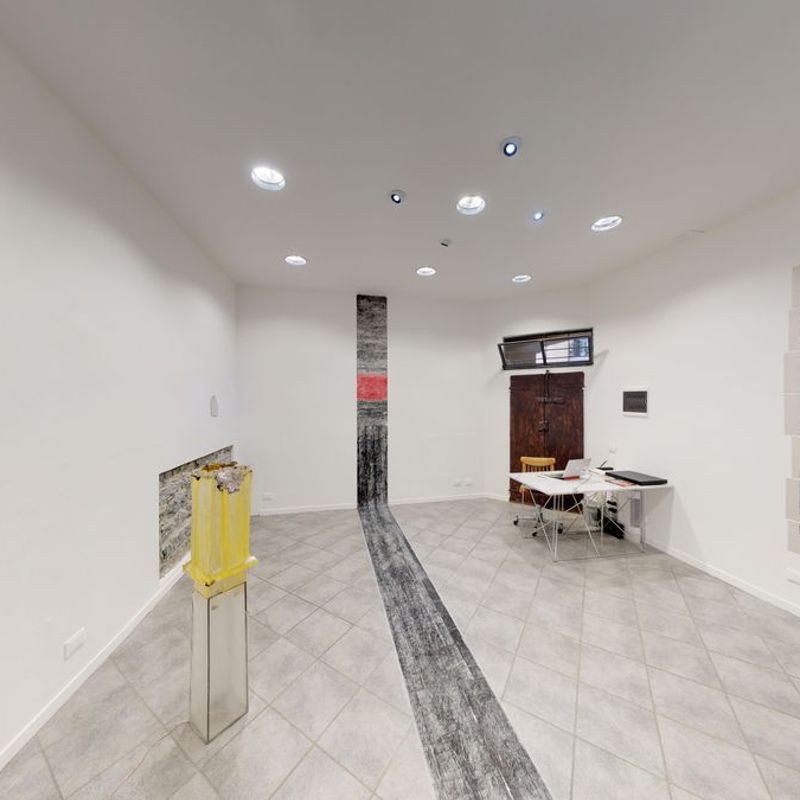 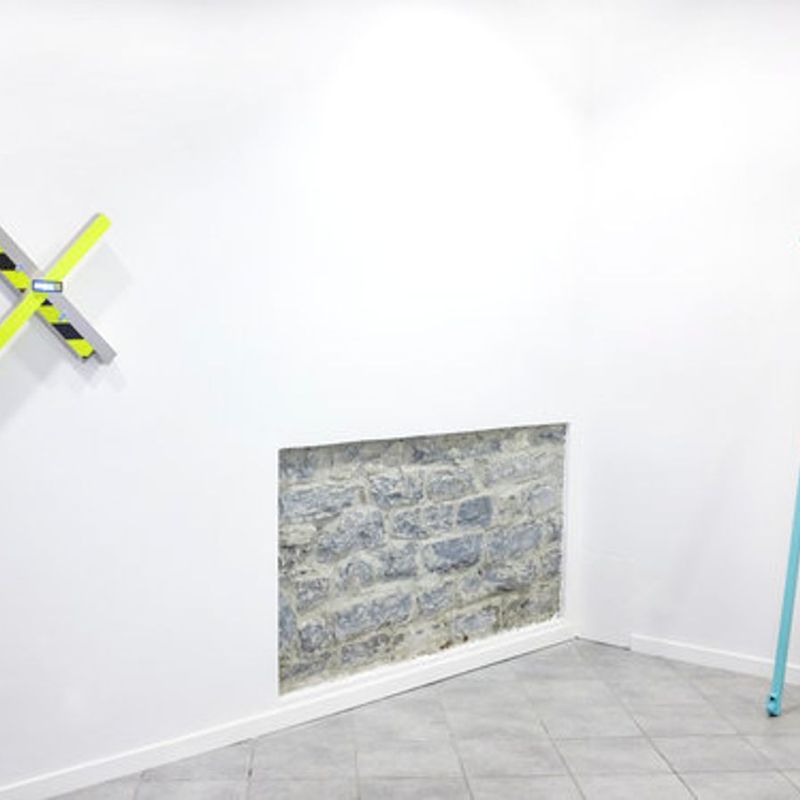 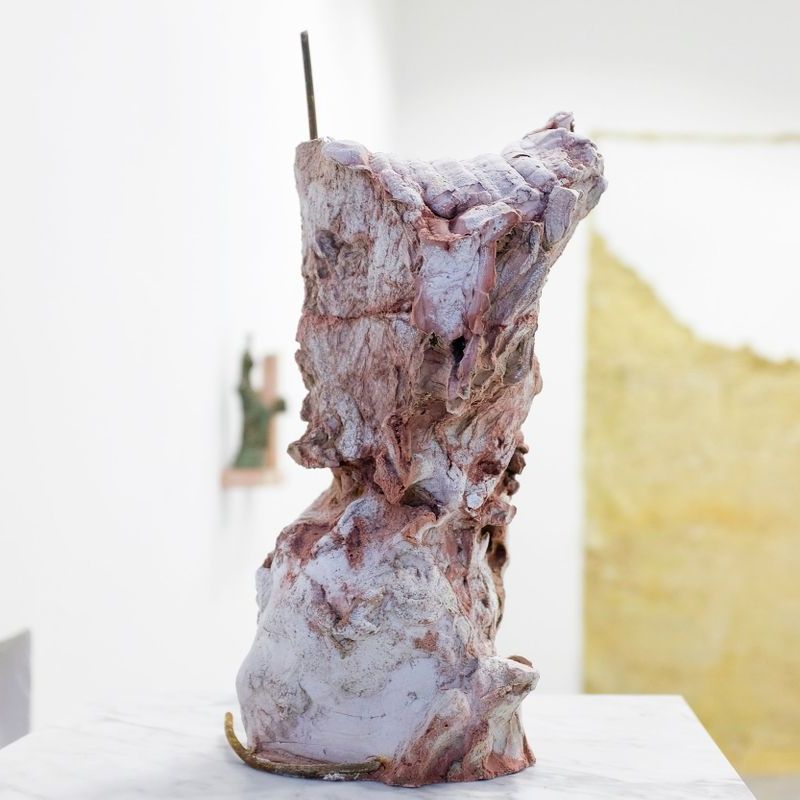 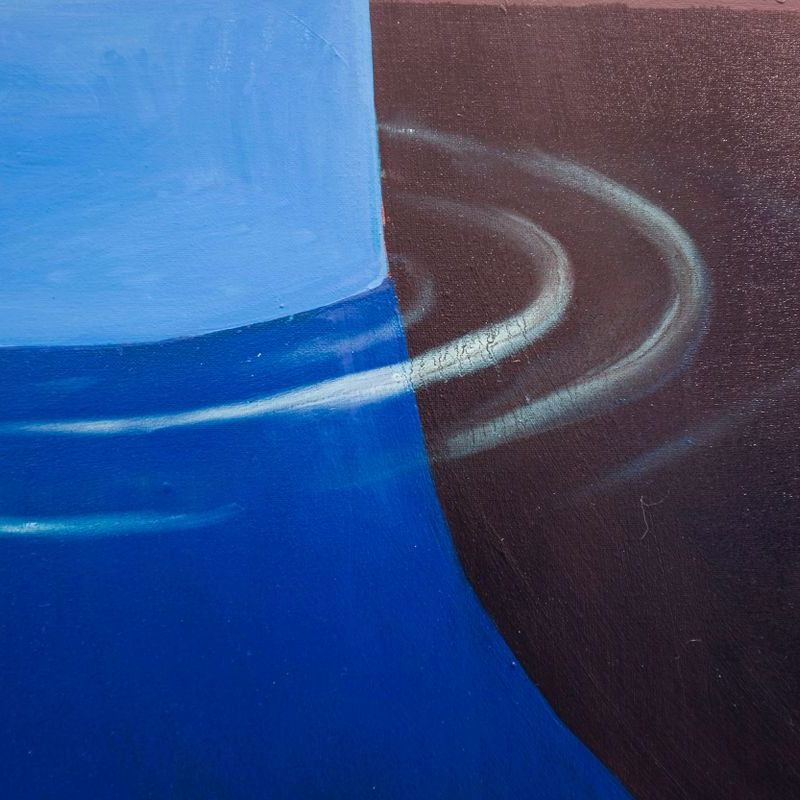 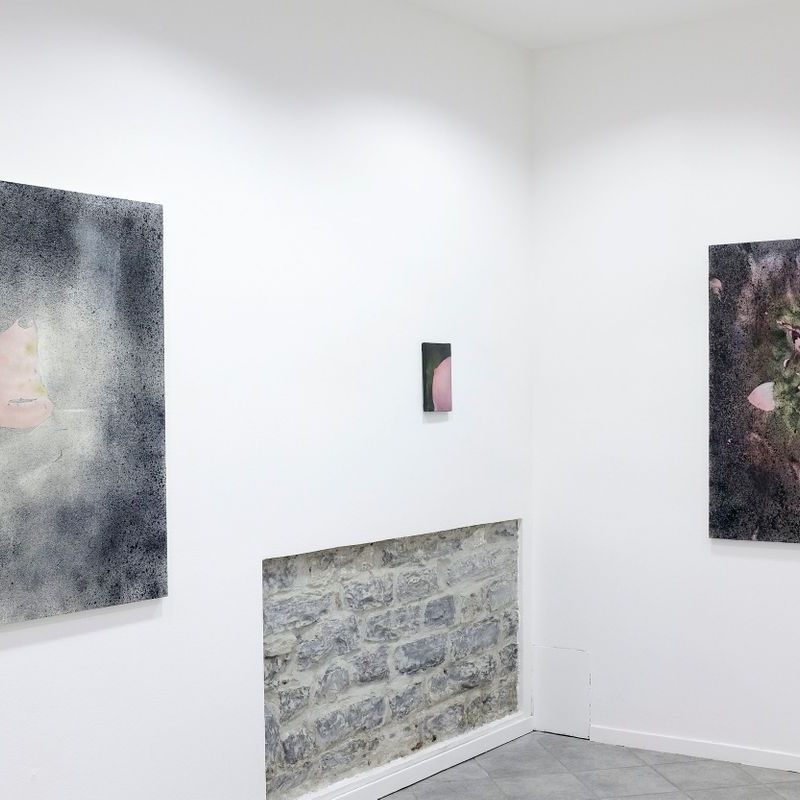 A First For All 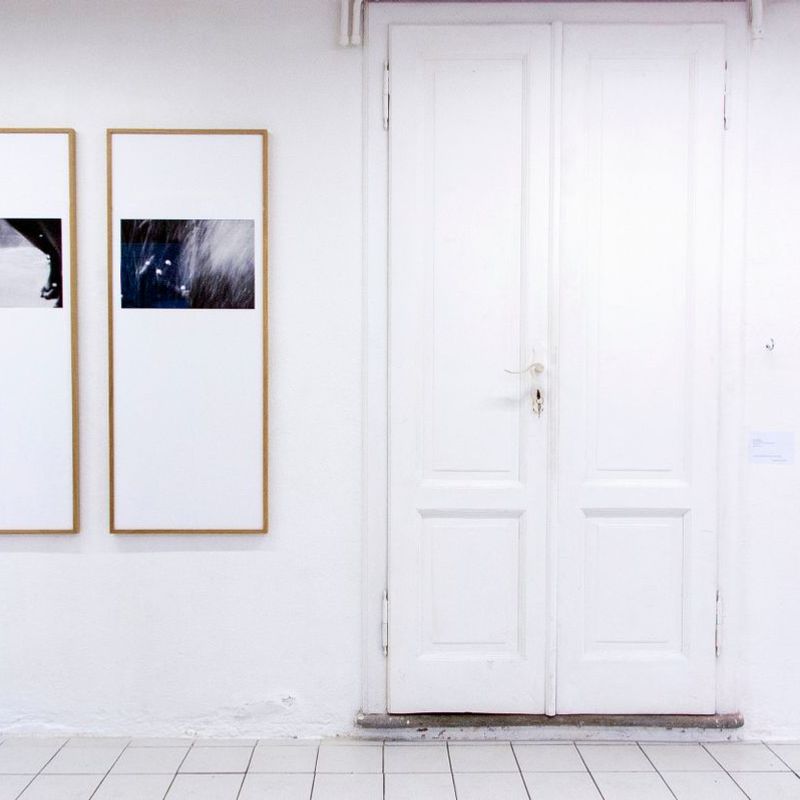 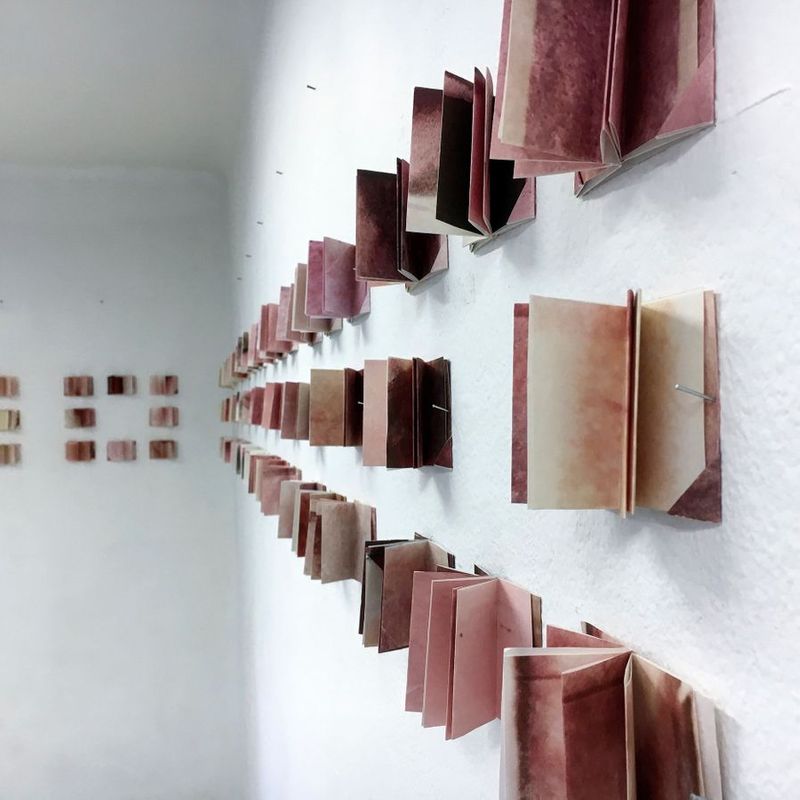 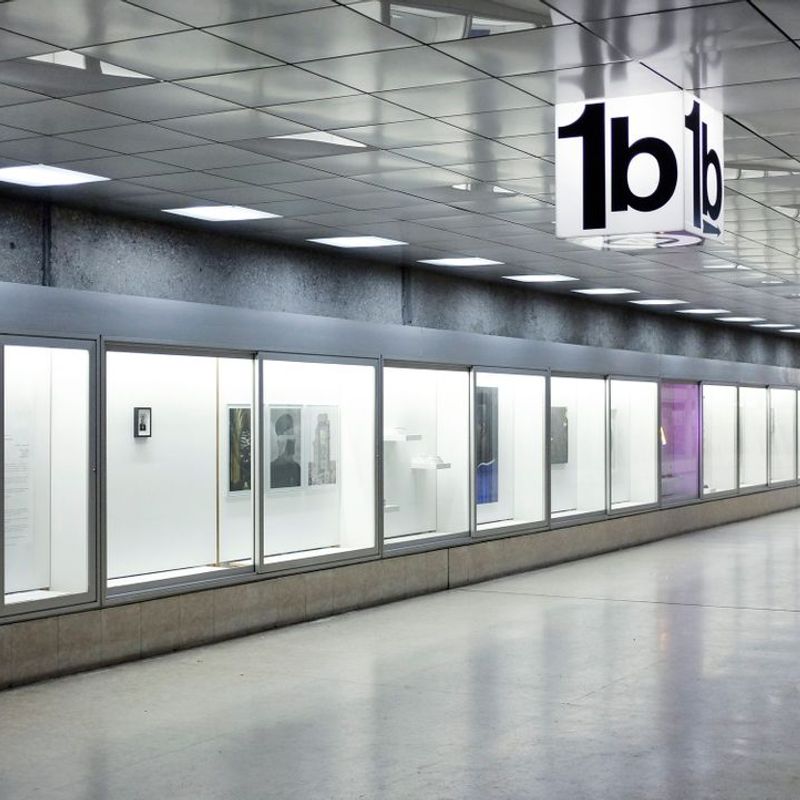 This is Not a Curated Exhibition