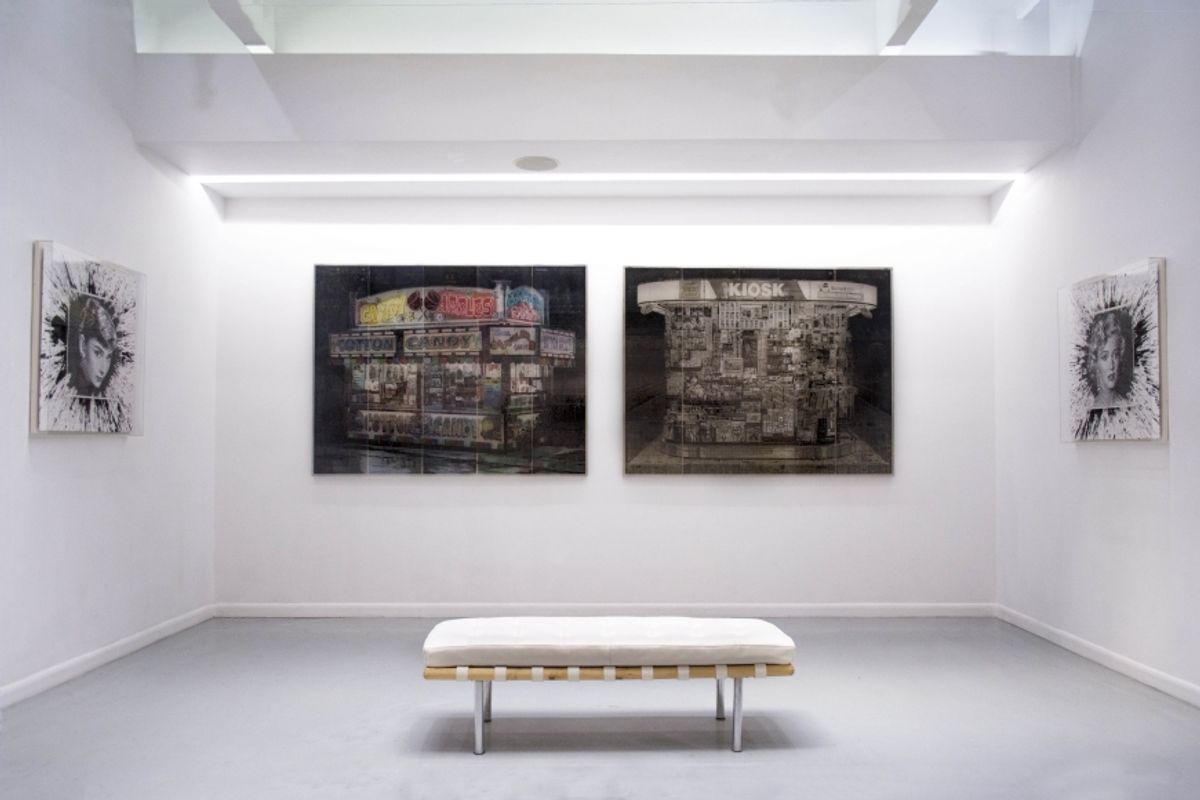 This exhibition brings together two artists who differ in subject and style but share similarities in their choice of medium; cut paper. From a distance, Hesseling’s scenes might at be mistaken as dark and intricate charcoal drawings or paintings, while Hyun’s work looks almost like a screen print or inverted photograph. However, when one approaches and looks closely at these works, their technique becomes apparent and the subjects are re-contextualized within the surprise of their mediums. Both artists are dedicated to experimenting with the limits of painting and its form, creating beautiful works out of unexpected and unassuming materials.

Martijn Hesseling, who lives and works in Amsterdam, creates his incredibly complex compositions from only newspaper and lacquer. Beginning with a sheet of clear plexiglass as his canvas, Hesseling builds his works from back to the front by carefully cutting and lacquering each individual element of the image. When lacquered, the negative space of the printed page is rendered transparent while the printed text and images remain. Hesseling uses the white space of the page as his highlights and places layer upon layer of the remaining printed material as his shadows, gradients, and color. Because his technique builds highlights from transparency, the brightness and details of the work actually come from the wall not the surface of the piece creating a depth and glow that emanates from within.

During his MFA studies as a painter, Hesseling chose to work with newspaper after growing frustrated with the formality of paint and looking for a medium that reflected time. In his work, maintaining legibility of the text is key to both rendering the finer details of each piece and the effect of the artwork when viewed from varying distances. As the viewer approaches the work, the larger composition dissolves in a way that paintings and drawings don't as the viewers eye begins to scan the work both reading each piece that has been used to build the image and trying to comprehend how the work was made.

South Korean artist Yoo Hyun melds different and unexpected techniques to bridge the gap between contemporary and traditional forms of art. Using just a knife and tweezers, Hyun patiently cuts a delicate Korean paper, called hanji, to create uniquely stylized, photorealistic portraits of popular figures. Once he has prepared the portrait, he floats the cutout in front of a single black ink splatter, made with a large traditional calligraphy brush, which creates the contrast necessary to see the portrait.

By utilizing the same principles used produce images both in print media and on digital screens, Hyun deconstructs the image by separating the different optical components and laying them out for all to see. His works are at once digitally rendered and handcrafted, and there contemporary look is only made visible by the traditional brushstroke that creates the background. The finished works also investigate the history of pop art as they resemble a stencil and ink print similar to the screen prints of Warhol, while Hyun’s stylized, optical portraits also bring to mind Lichtenstein’s reimagining of halftone printing through handmade means. What results are works that transcend the dichotomies often prescribed to art making such as, digital vs. analogue, traditional vs. contemporary, Eastern vs. Western aesthetics, and search for a way to synthesize and expand them instead. 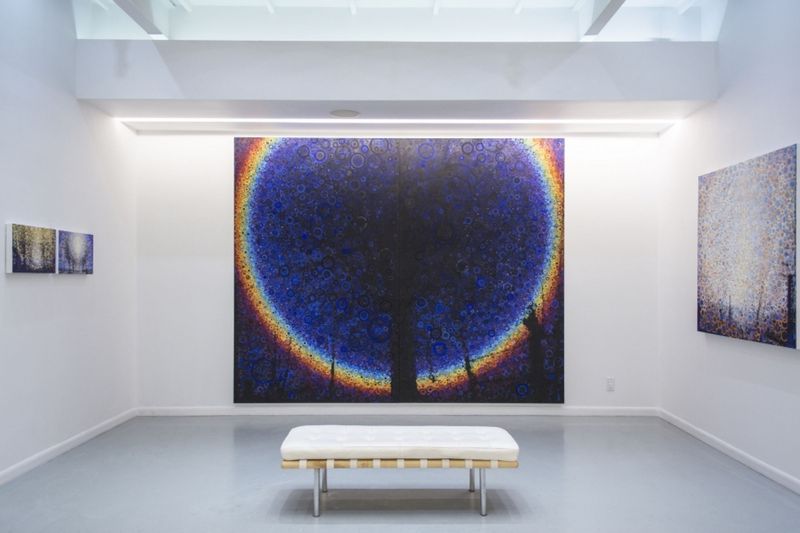 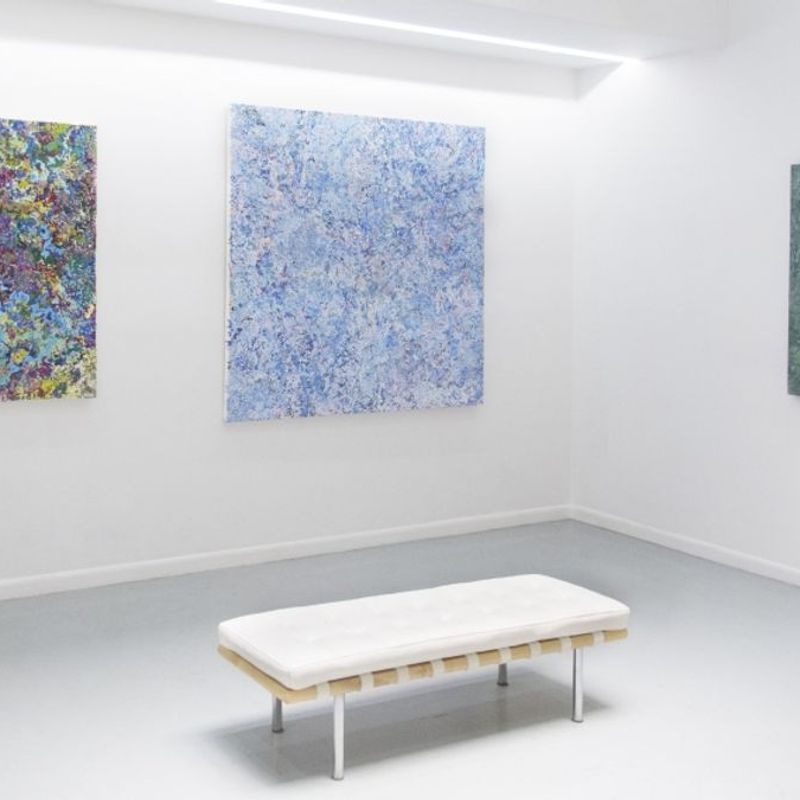 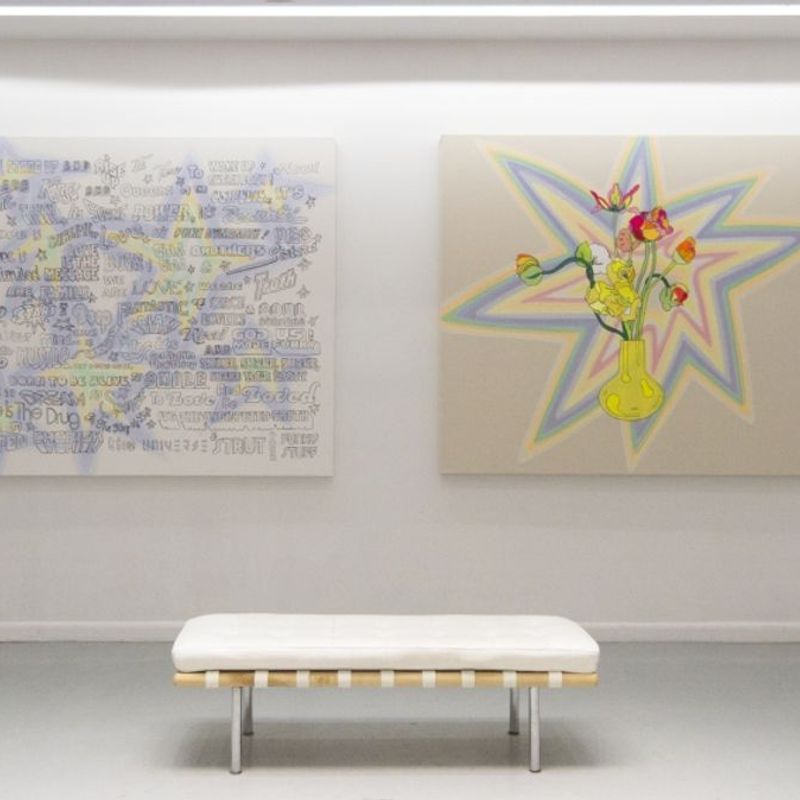 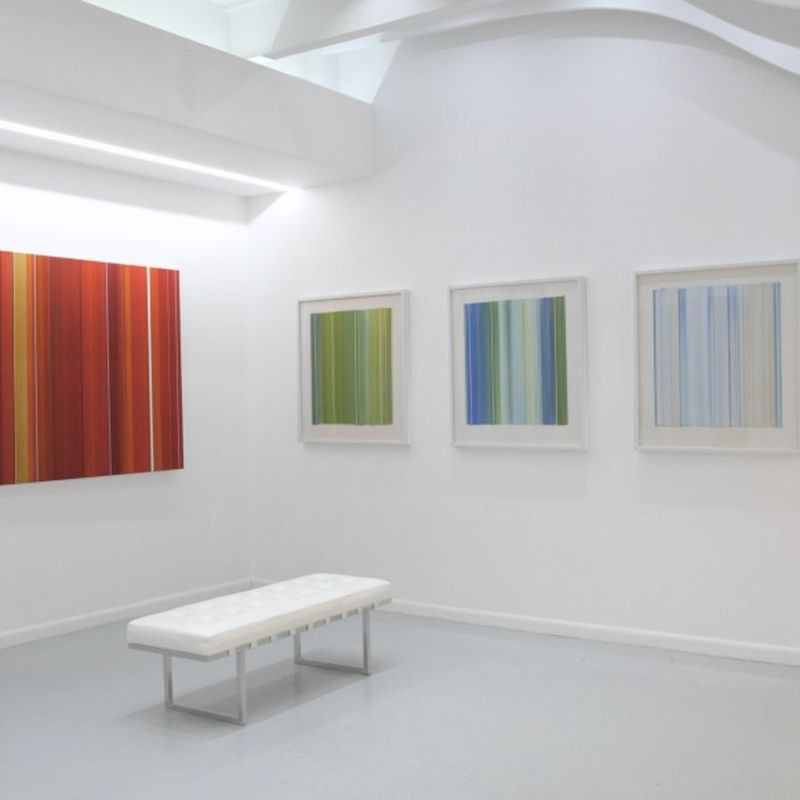 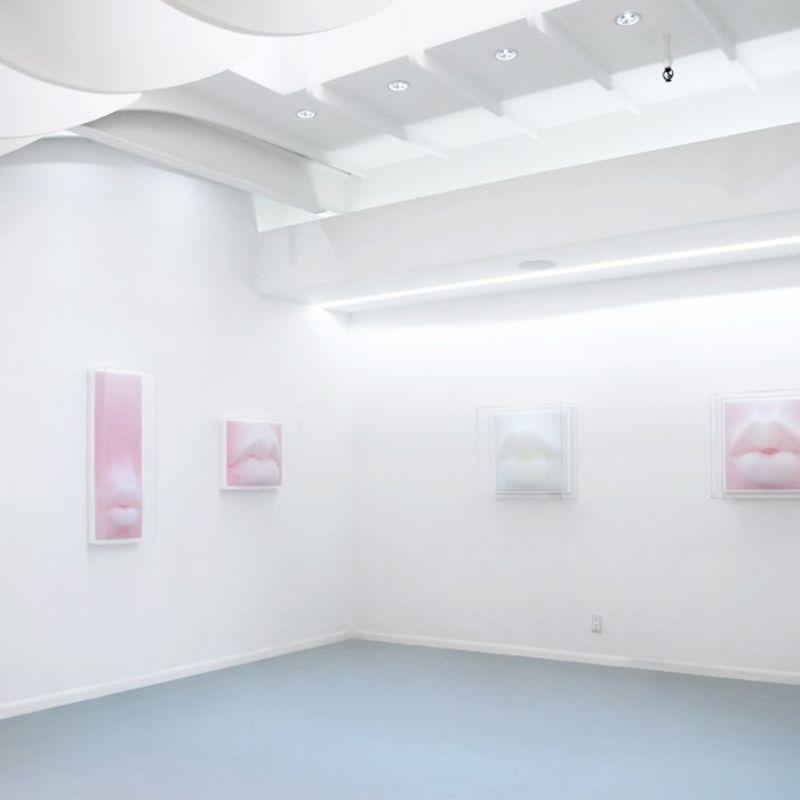