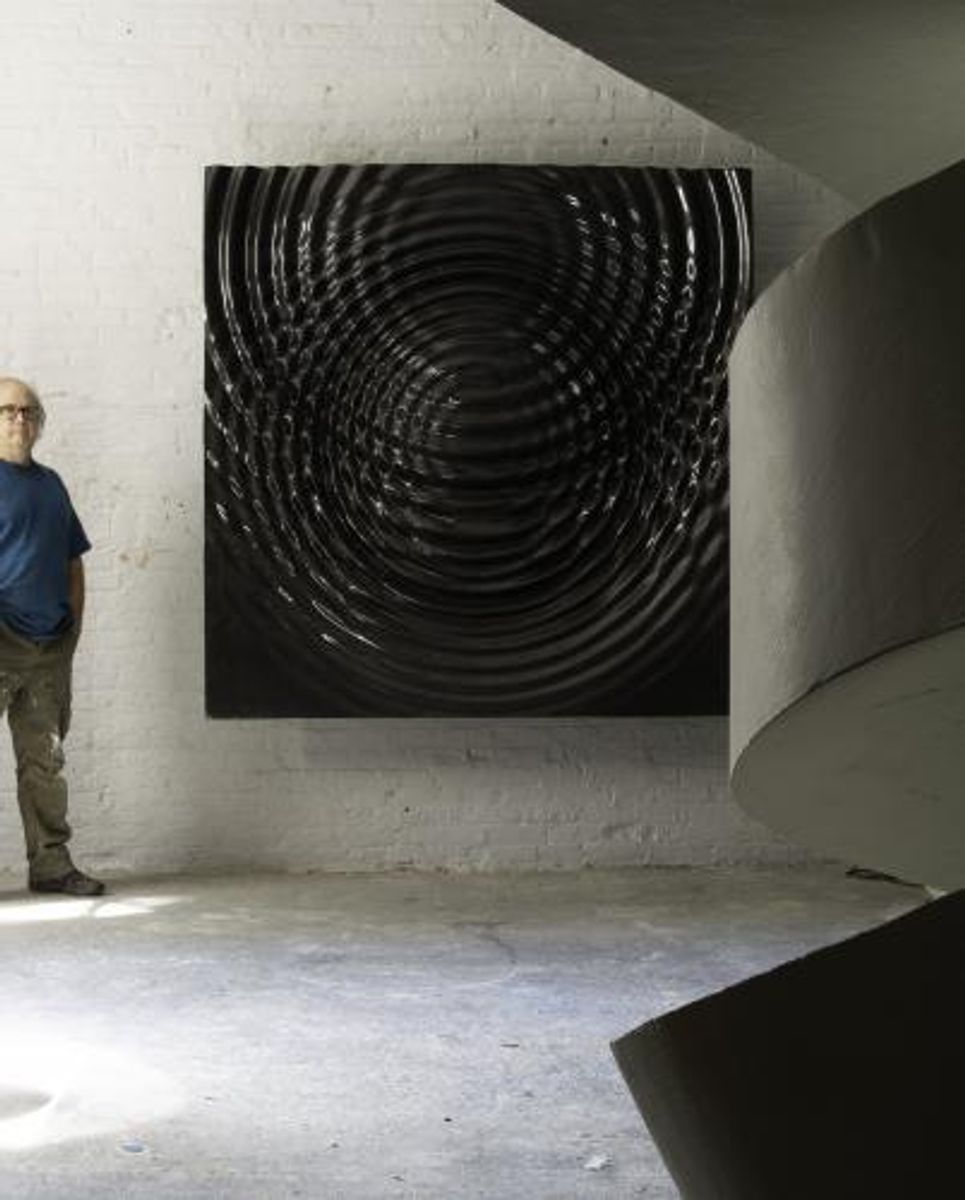 Henderson’s sculptures themselves are complex objects born of simple geometry. They provide an image of frozen motion reminiscent of a DNA strand, the inside of a shell, or fossilized ripples of water. While insistently physical in their construction, they read as illustrations of masses moving through space/time, leaving visible tracks behind them.

His smaller plywood wall pieces are derived from an equilateral triangle that turns in a ring, twisting on its axis. This form is inspired by a type of particle accelerator called a “stellarator”, a torus (revolving ring) in which magnets confine a plasma field so that it moves in a twisting ribbon. These pieces are designed on computer and split into layers, sawed out of plywood, laminated together and carved by hand.

Henderson’s large, suspended sculpture makes visible the path of a triangular shape rotating along a helix and doubling in size. His two large panel pieces, Sounder and Ariel, are structured from three overlapping waveforms in a square field. One of these panels was painted by the artist Kate Teale, and both are converted to loudspeakers for sound compositions by Douglas Henderson.

To me, Sounder was calling for a soundtrack. My first step was to turn the sculpture into a loudspeaker: sound is broadcast by the vibration of the entire panel. I wanted the sound to be derived from the panel’s physicality, which models three propagating waveforms and their interference patterns, and which also reminds me of drops of water breaking the stillness of a pond.

I calculated the frequencies of these waveforms, giving me three sine tones to work from. I then located the resonant frequencies of the panel itself, many of which are below human hearing, but become evident kinetically, visibly shaking the panel, and producing harmonics derived from the rigid structure and shape of the carbon fiber. 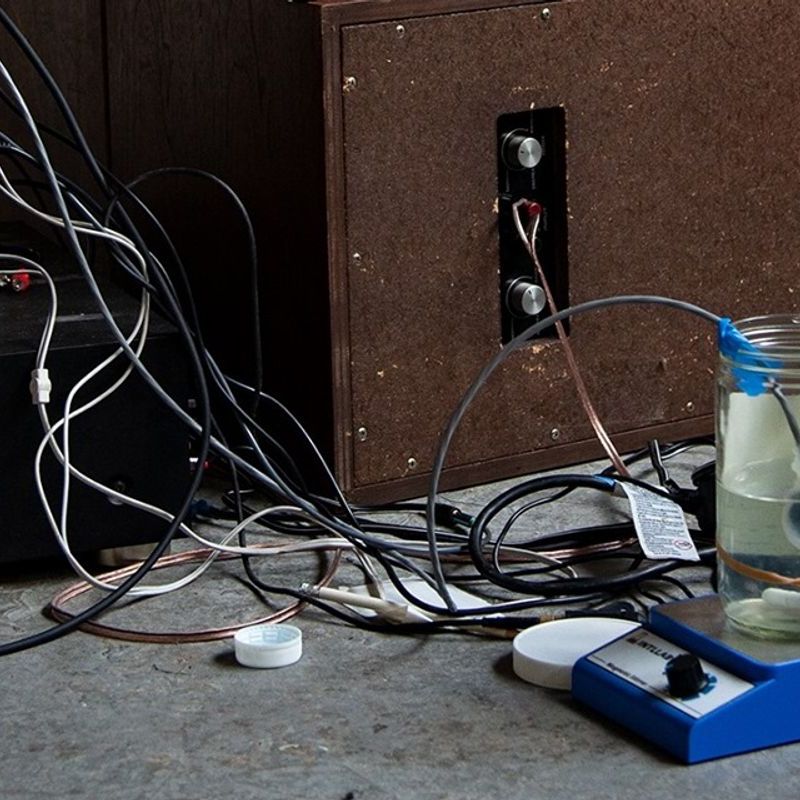 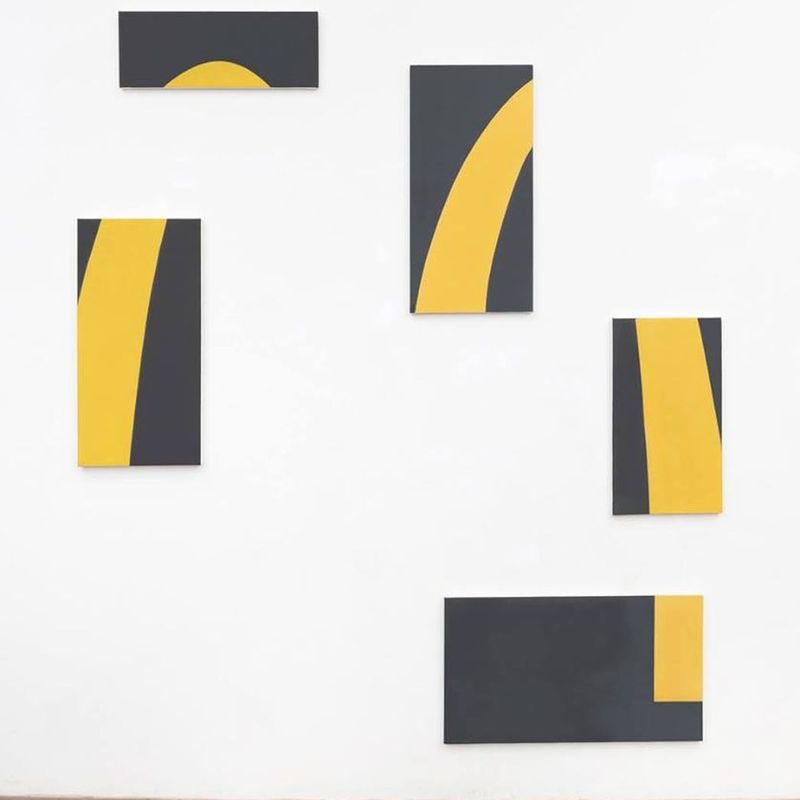 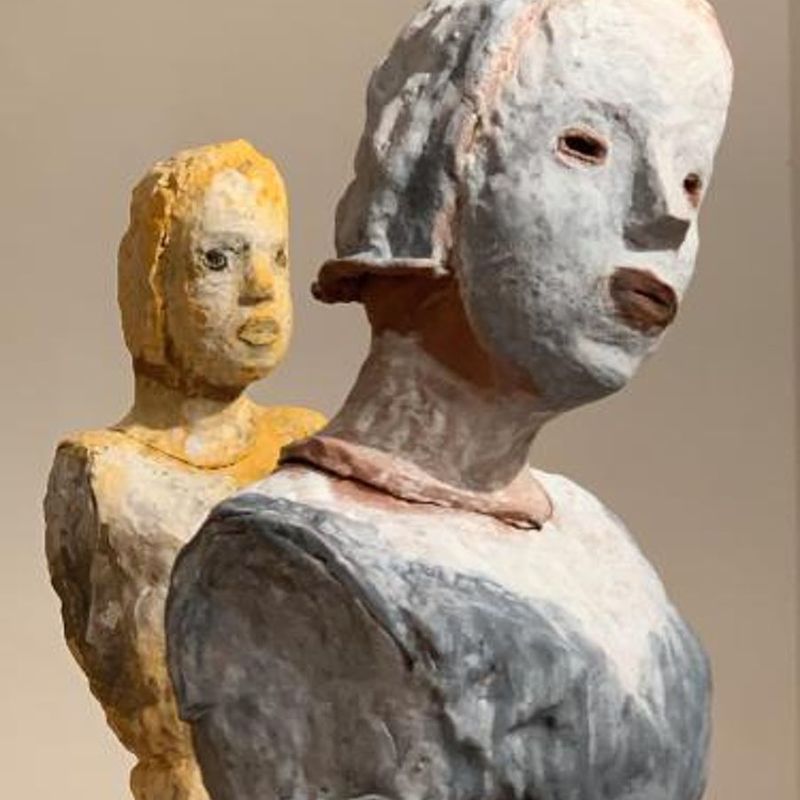 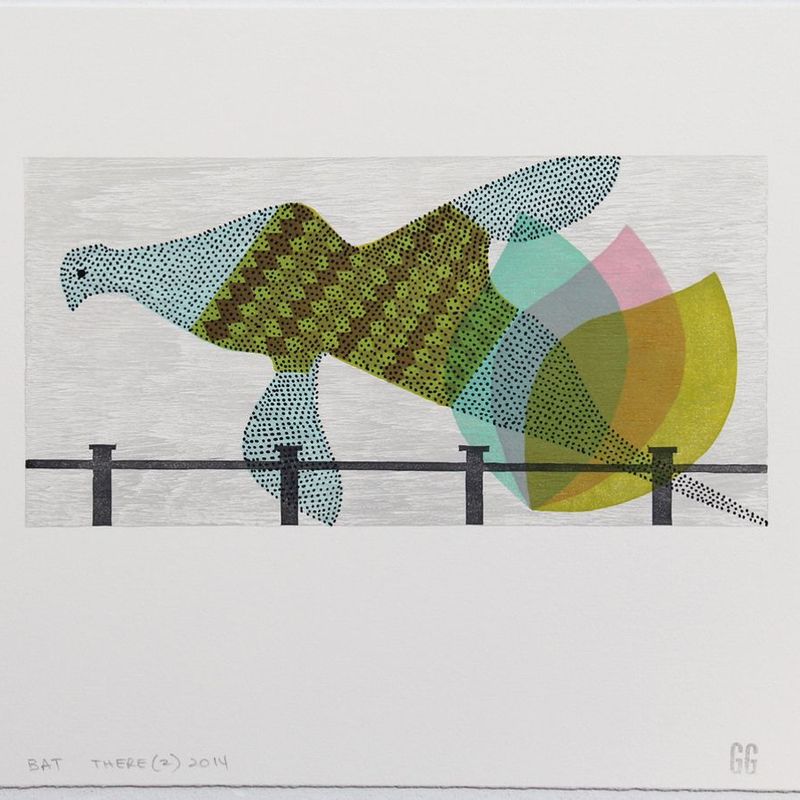 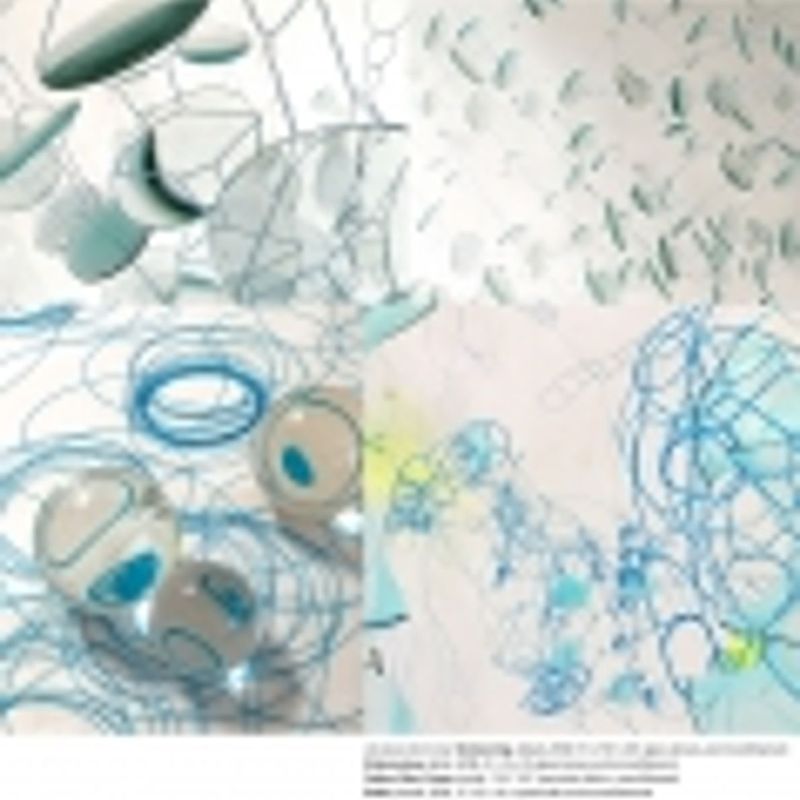