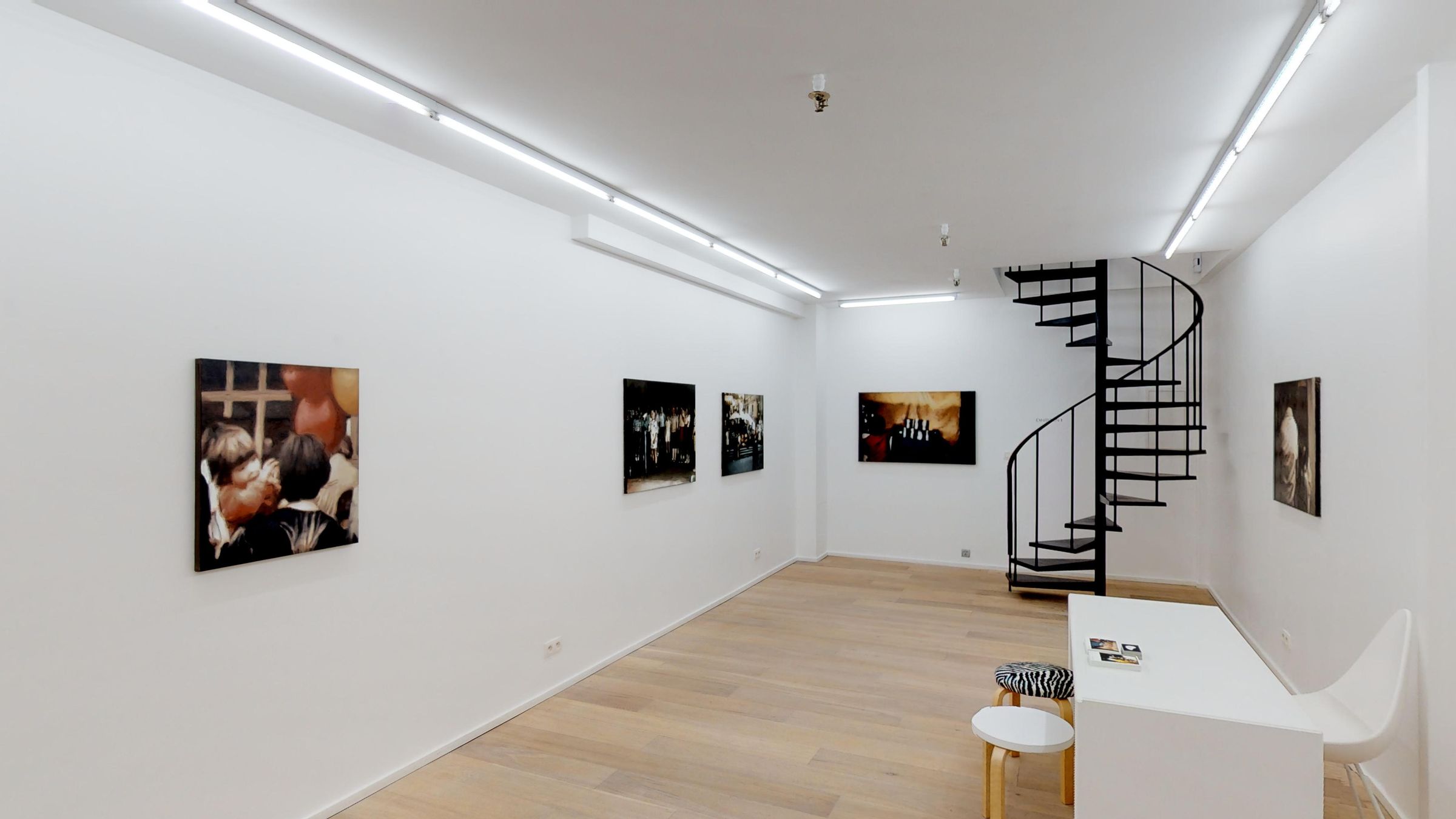 Fair Encounters is the Belgian painter's solo show with a complete series of new works, all with references to the seventies and eighties. The artist worked intensely on two series of new oil paintings for the exhibition. In line with previous works, he presents childhood memories as well as frozen images of time. Nostalgia represents the central thread in Dirk Eelen's recent works. In both series, he merges personal and collective memories.

The discovery of an old 8 mm film about a Flemish school fair from Eelen's youth served as the initial starting point for Fair Encounters, the first series of works. Among others we can see the artist as one of the toddlers in a specific temporal context. In a way, the seed for later friendships and relationships is captured on film. Dirk Eelen captures the ambiance of this animated event in a number of frozen images with vaporous colour. The bustling atmosphere, the visitors, the children, etc. evoke the personal history, including all the whether or not chance encounters.

In Untitled, the second series, he submerges the spectator in a Lynchian universe. In this enigmatic series, Eelen provides the spectator with little guidance. The basis for this series was a documentary film, yet no reference to time and place is given. The locations and characters are unrecognisable. Some of the images might suggest that the story is set in the seventies or eighties. The works trigger an uncomfortable feeling, the gloomy colours create a tense atmosphere, similar to a menace. An empty room, views on the motorways, a forest landscape, a young woman, etc. What is the correlation? What is the story behind these images? As a spectator, you are automatically in search of a narrative in this intriguing series. 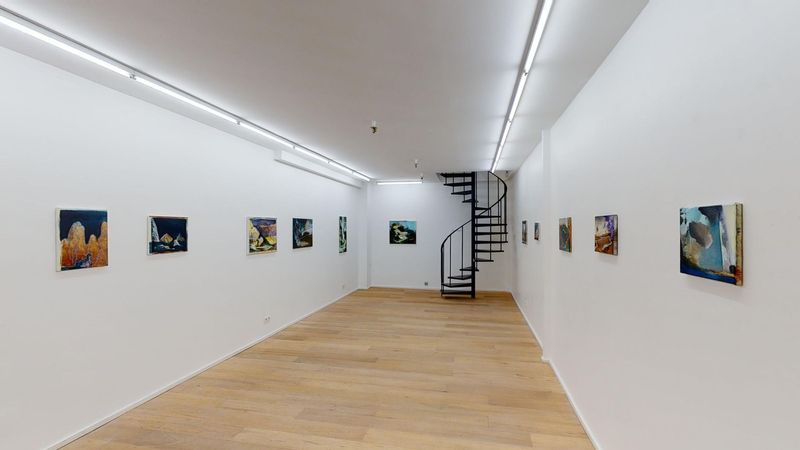 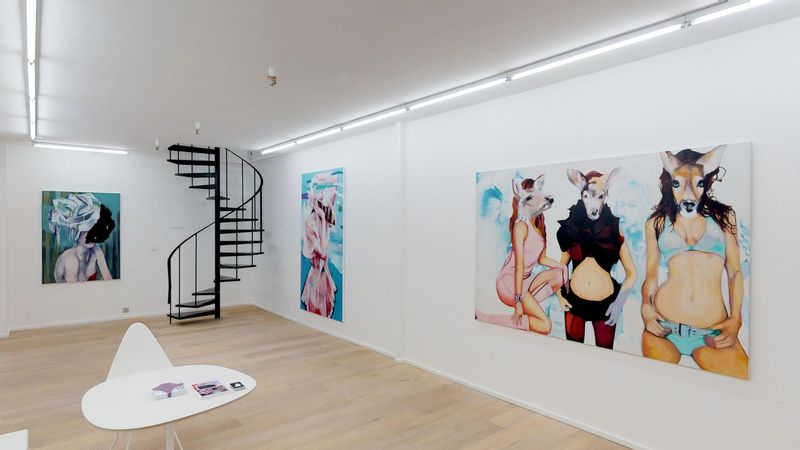 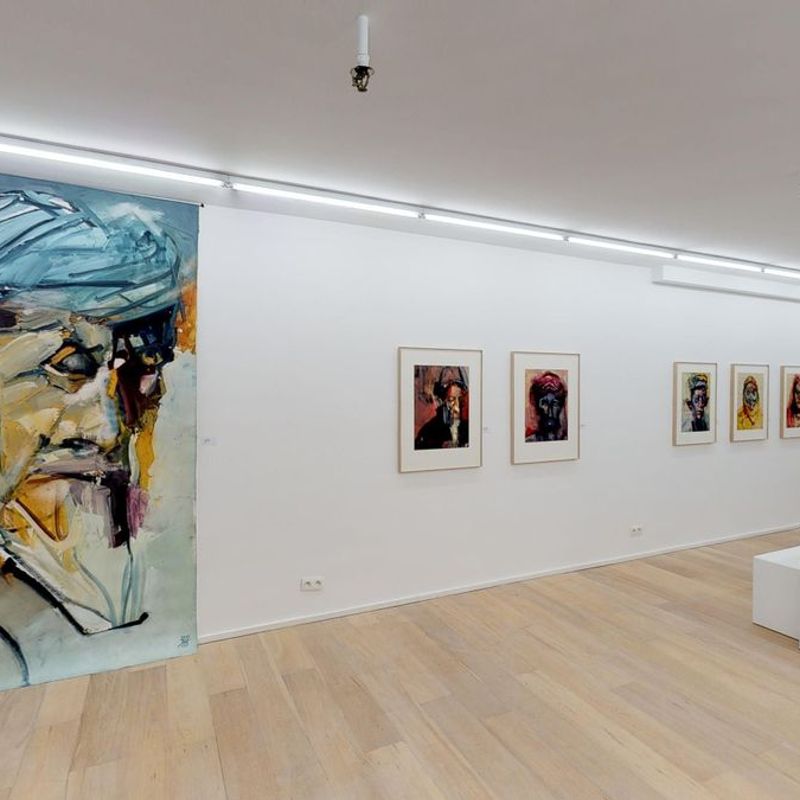 Faciality - Beyond the Silk Road 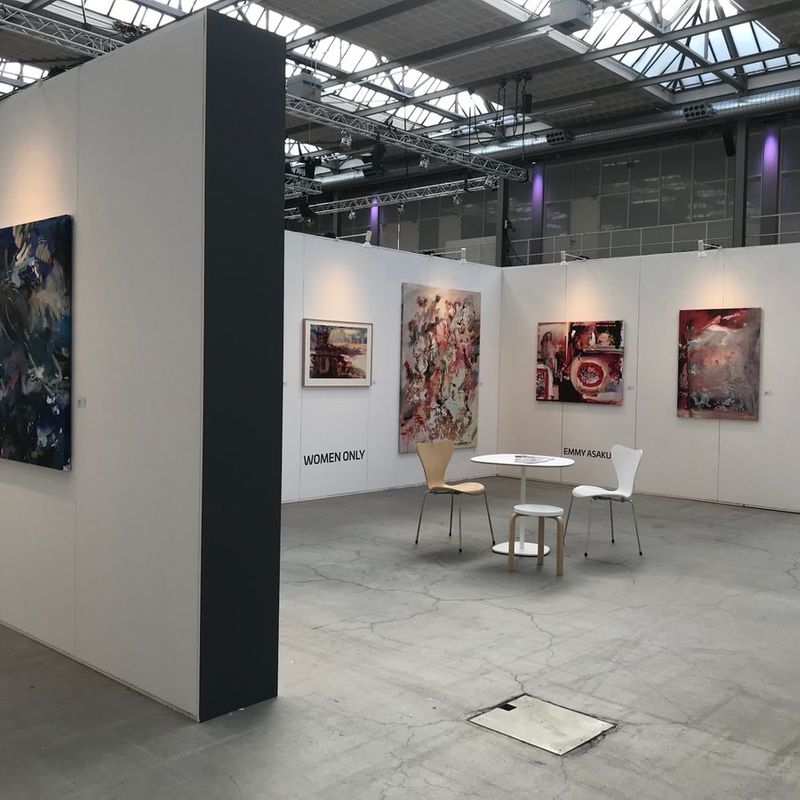 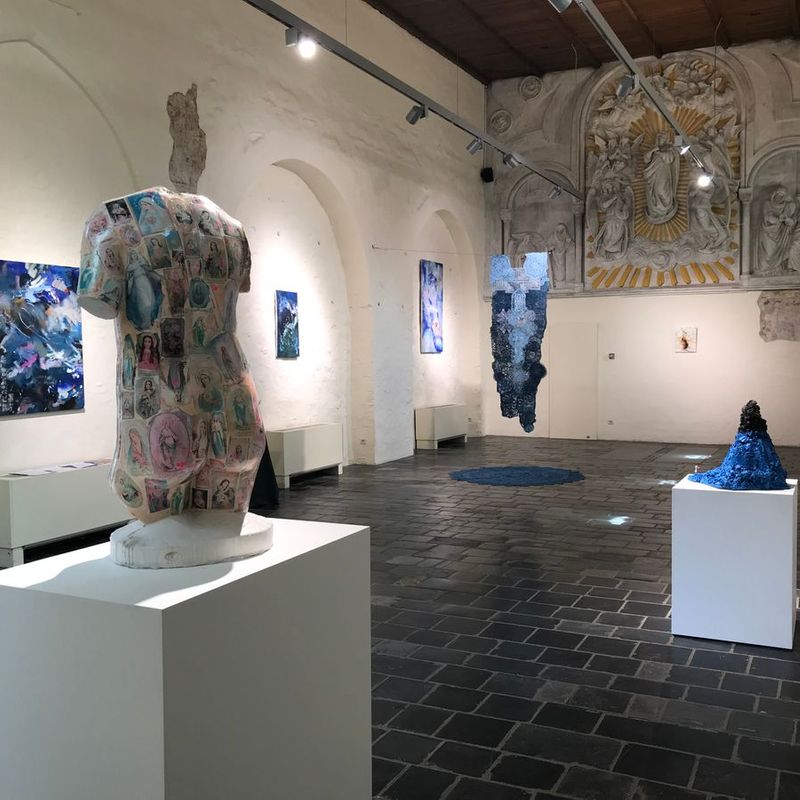 Longing for your Blue Embrace 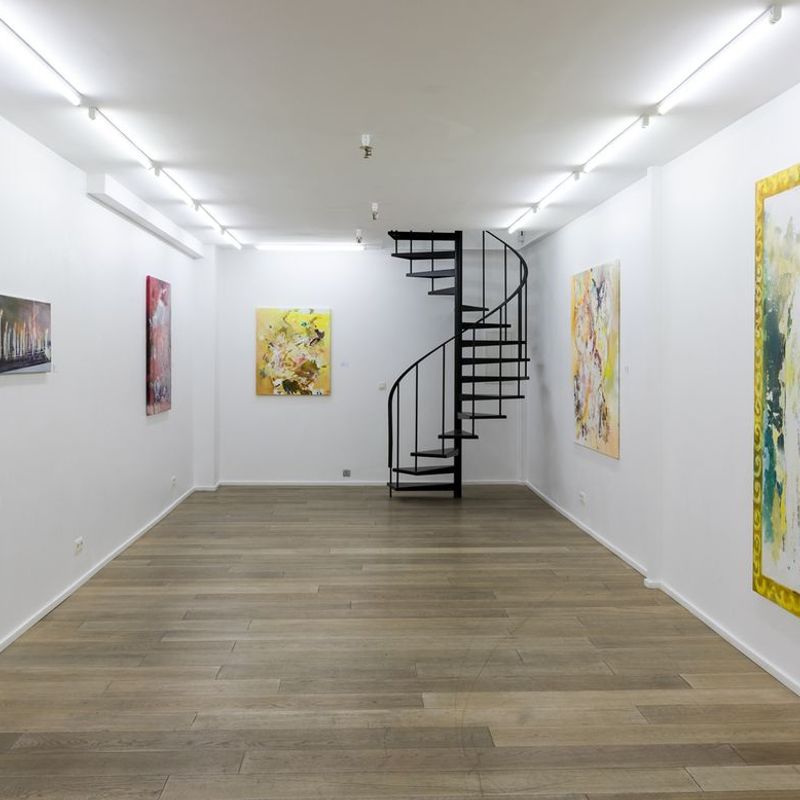