The Croatian-Austrian art collective Numen/For Use is a continuous collaboration between designers and scenographers Sven Jonke, Christoph Katzler and Nikola Radeljković.

Within the framework of Breathless exhibition Numen/For Use posit conceptual and mechanistic models derived from their large scale set-design projects and installation works. Both models expand the experimental field of the initial objects by introducing an element of life-like processes and rhythms, manifested through an orchestrated interval of movement and counter movement - a structural "breathing". This intervention turns formerly static designs into dramaturgical sequences which are now perceived differently, once observed in a loop of senseless assembly and disassembly. They become decontextualised principles, devoid of theatrical metaphors and meaning, but instead pertaining to the mechanistic universe, to the incessant dialectic of construction and destruction, to the flow of matter and spatial uncanny. The form of a regular hexahedron (cube) only reinforces the axiomatic nature of these processes, denoting the most rational fragmentation of space and the structural build up of a three-dimensional matrix.

STRING - A MECHANISTIC MODEL Defined by Numen/For Use as an autonomous inhabitable social sculpture, String installation is based on a production system of large geometric inflatable objects, an experimental track which the group started with Net Blow Up Installation (multiple layers of flexible netting suspended within an inflated bubble) but this time employing a much riskier material - thin rope- as straining agent/counter brace, instead of safety nets. Both materials gain tension only when the pneumatic bubble achieves adequate/complete solidity. When the structure deflates(exhale), the ropes lay loosely on the ground, enabling the installation to be completely compressed. After inflation (inhale), the ropes tense up to form a perfect orthogonal grid.

N-LIGHT MEMBRANE The installation is an extension of the Numen/For Use research into the domain of rhythmic, almost bodily movement and its perceptual impact; an immersive, "breathing" light cube whose three out of six surfaces are made of flexible mirror foil with attached air tank and compressor, while the remaining mirrors are semi-transparent spy-glass. Through inflation/deflation of the air tank (lung), the reflective membrane becomes convex or concave, deforming the light grid. The vanishing points become multiple and elusive, "neon" lines scatter into fractals, deep matrix slips into ornament.

The exhibition is kindly supported by the Ministry of Culture of the Republic of Croatia. 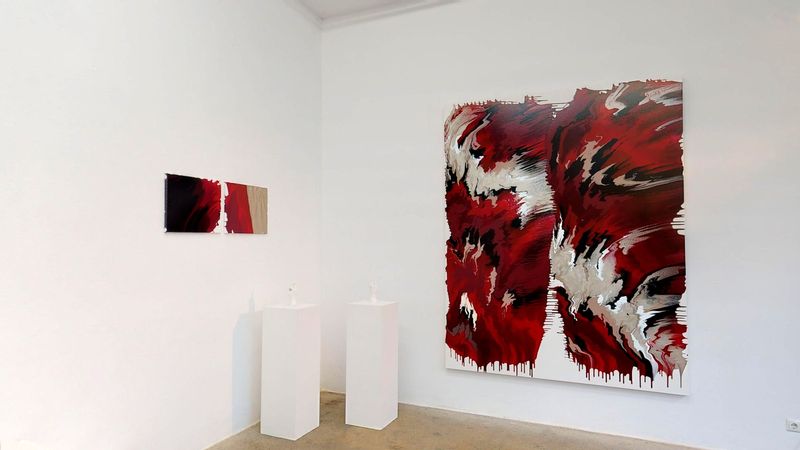 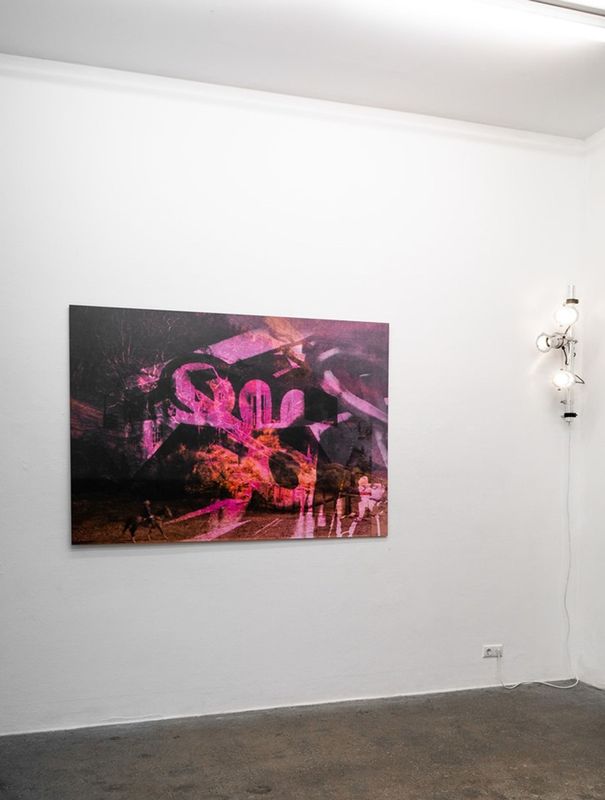 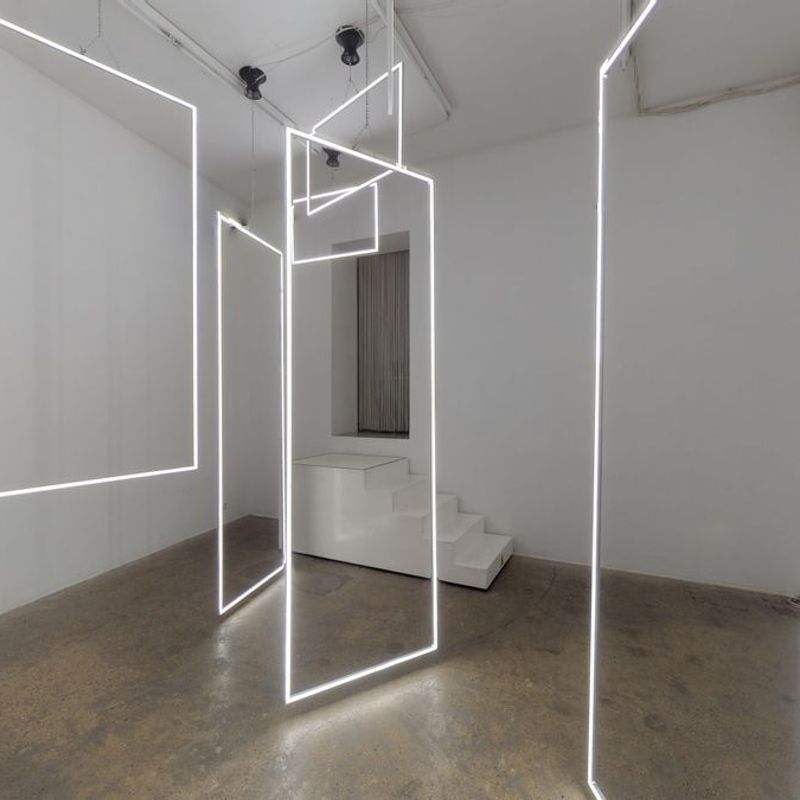 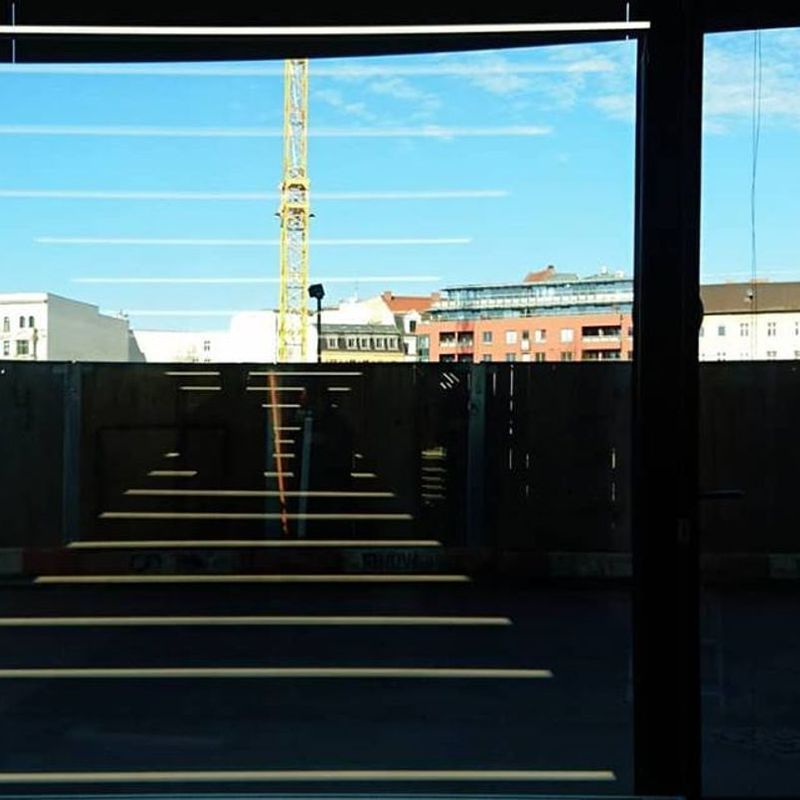 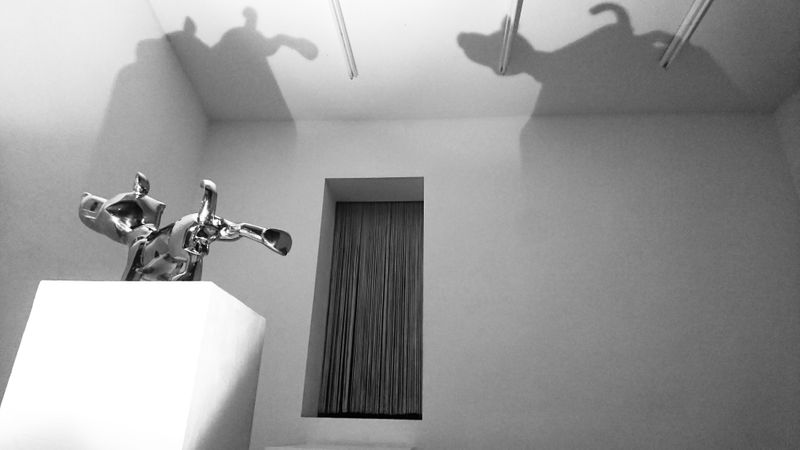