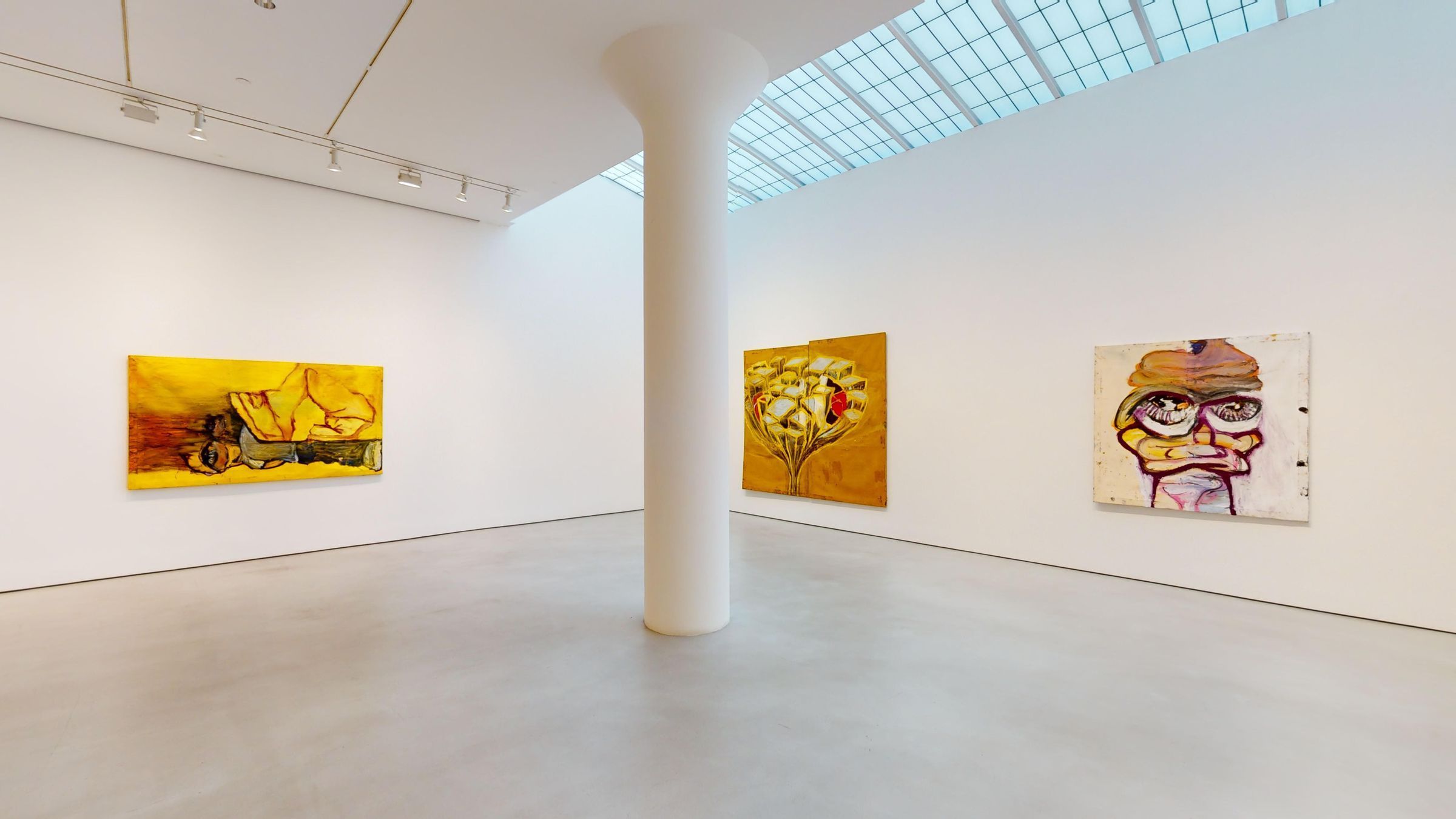 Mitchell-Innes & Nash is pleased to announce a solo exhibition of new paintings by New York-based artist Gerasimos Floratos. This will be the artist’s first show with the gallery as well as the first in the city since his solo debut at White Columns in 2016. On view will be a suite of new large-scale paintings that continue the artist’s exploration of built-up environments and its physical and psychological structures.

Floratos has developed a bold, assertive and highly idiosyncratic style of painting that takes as its primary subject the metropolitan backdrop of his hometown and, more specifically, the neighborhood of Times Square, where he grew up and which he has described as the “center of the center.” The works in this exhibition evince the artist’s ongoing efforts to map the psychogeography of such centers—a term which Floratos borrows from Guy Debord, one of the founders of the Situationist International, who defined it as “the study of the precise laws and specific effects of the geographical environment, consciously organized or not, on the emotions and behavior of individuals.”

Through a seamless combination of cartoon-like imagery and dense layers of thick, textural marks, Floratos’s paintings reflect the inner psyche of the city and its denizens—an exercise in exteriorization that, in its visual translation, bridges the terrestrial with the ethereal; figuration with abstraction; and the grotesque with the everyday. Painted quickly and arranged on self-made stretchers, the artist’s canvases present a pulsating and turbulent narrative of street dwellers, performers, commuters, drivers and tourists that, at times, includes himself.

The strong autobiographical component that informs Floratos’s practice is often complemented by a corporeal dimension, with anatomical features such as guts and intestines blending with sneakers, hats and headphones to create hallucinogenic portraits of anonymous figures. This conflation of internal and external body parts, or mind and body, echoes the wider dichotomy between the artist’s highly localized perspective and the globalized world that it reflects. Guided by an autodidact model of creative independence that draws associations to Art Brut, Floratos seeks to capture the elusiveness and immediacy of what it means to be a New Yorker.

P is for Poodle 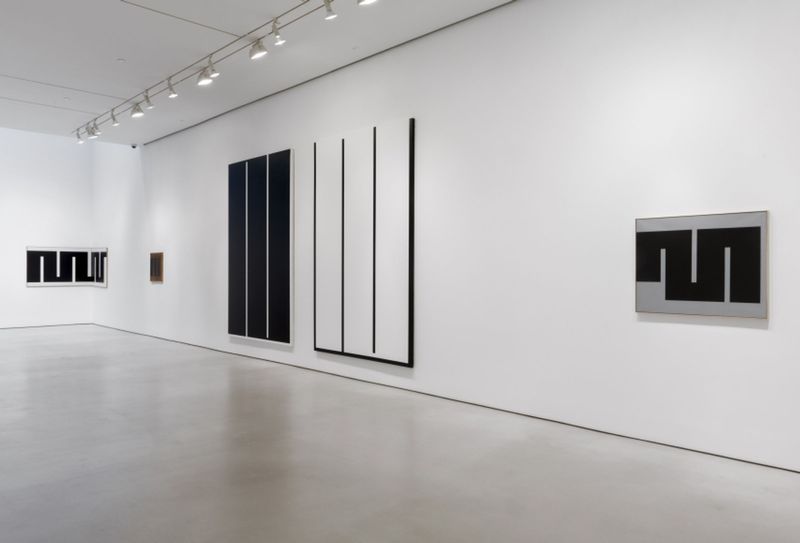 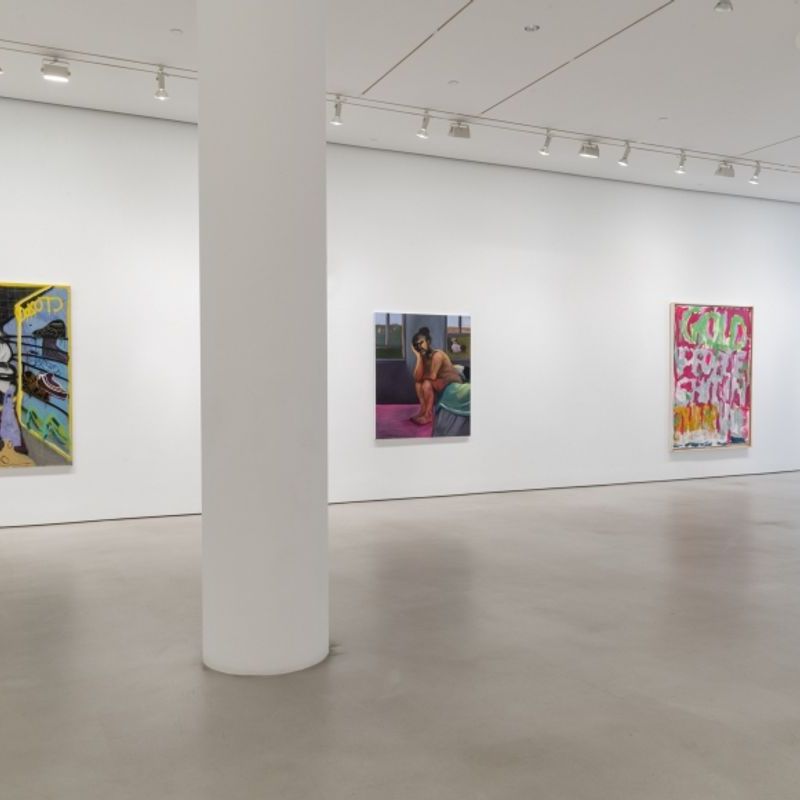 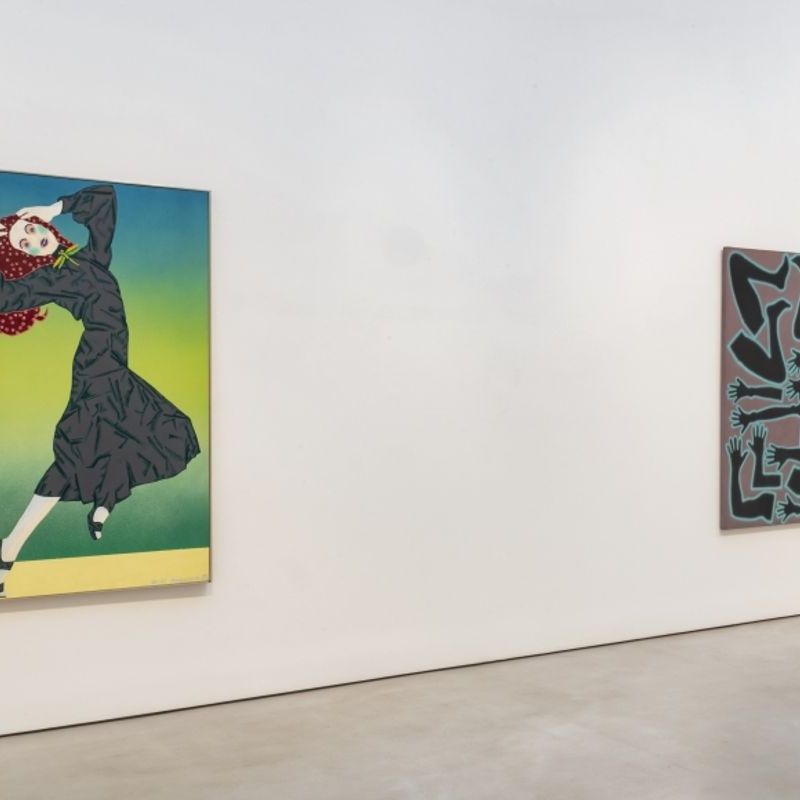 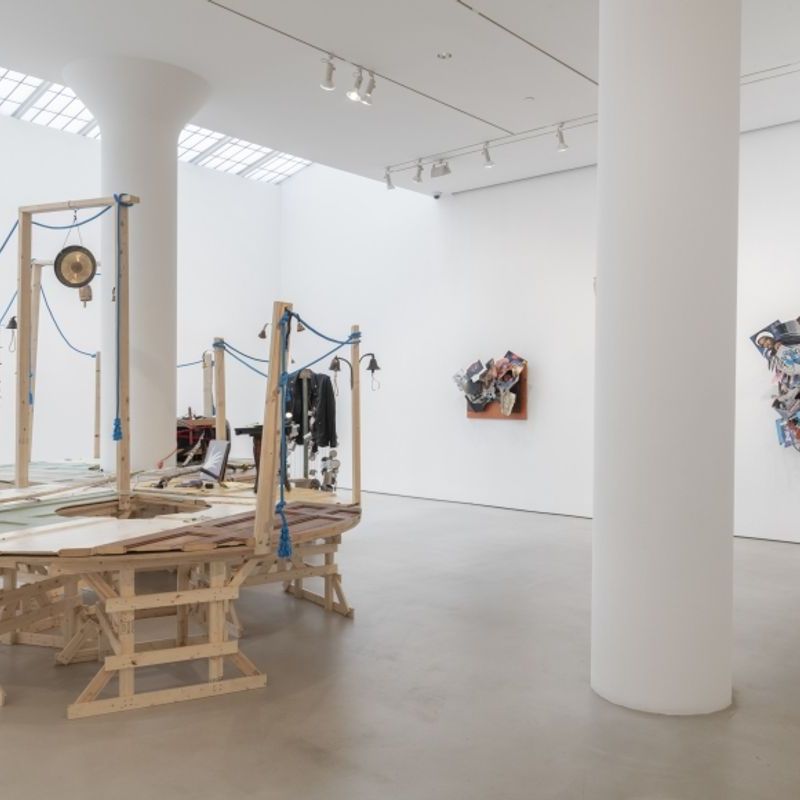 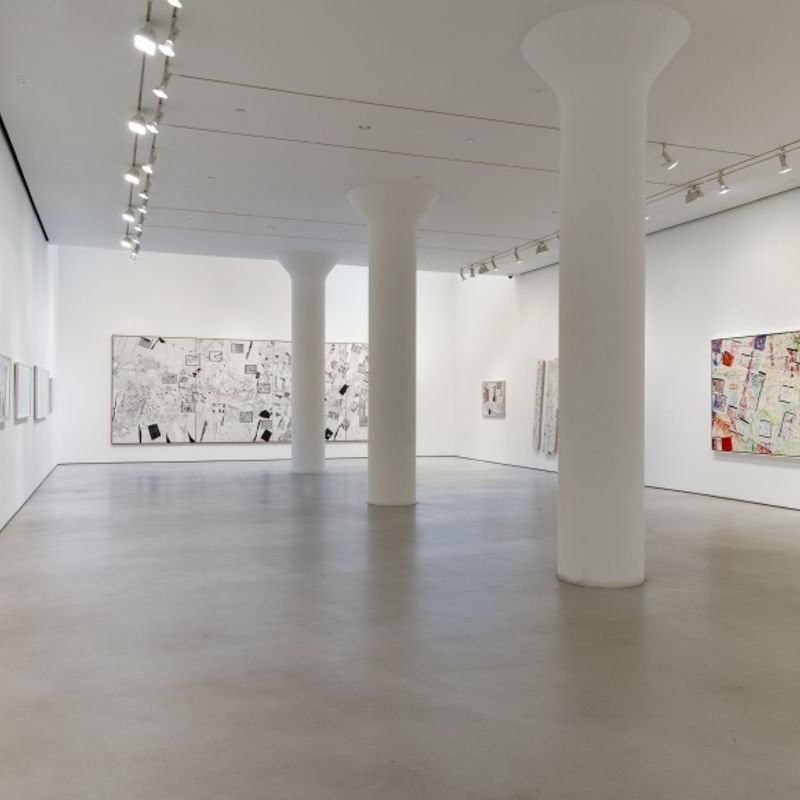 POPE.L ONE THING AFTER ANOTHER (PART TWO) 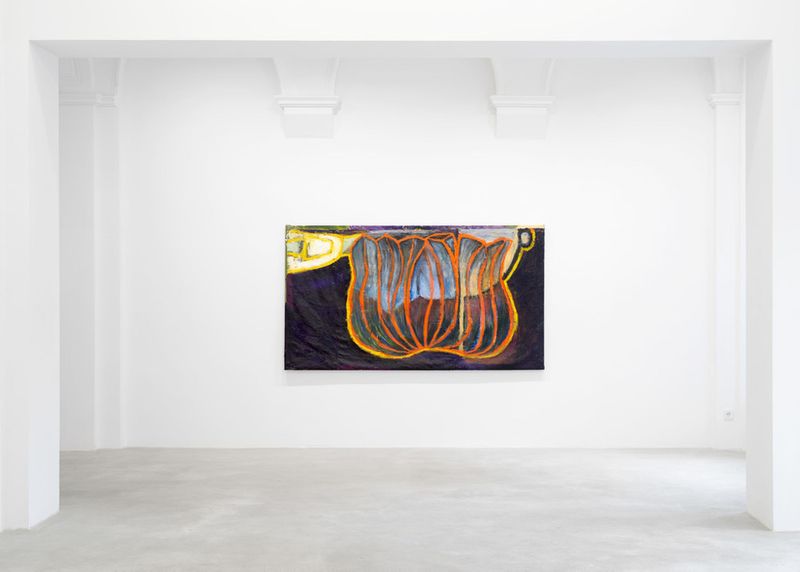 There's a sidewalk inside this gut 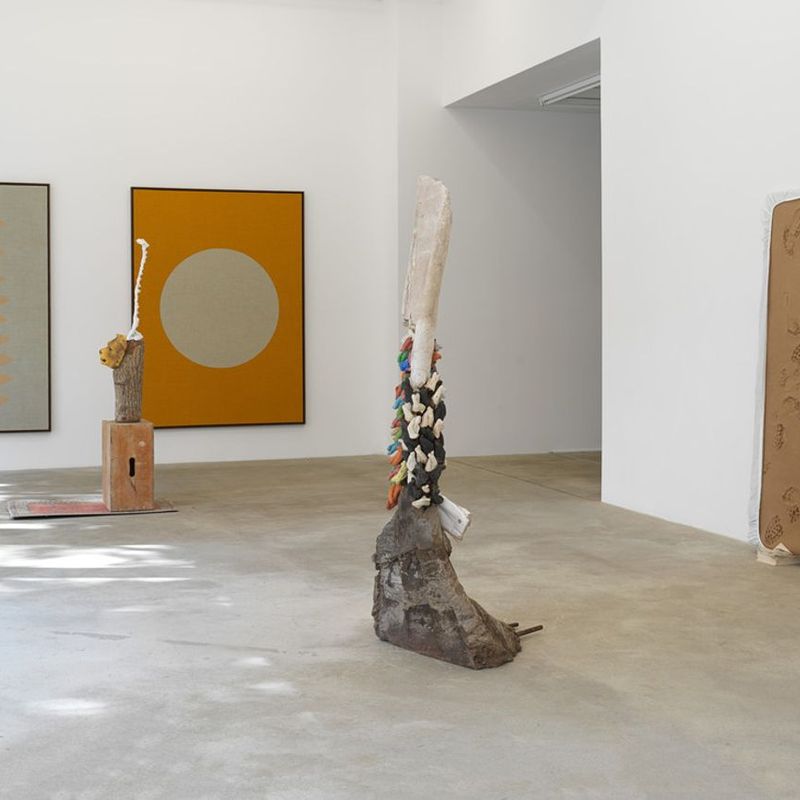 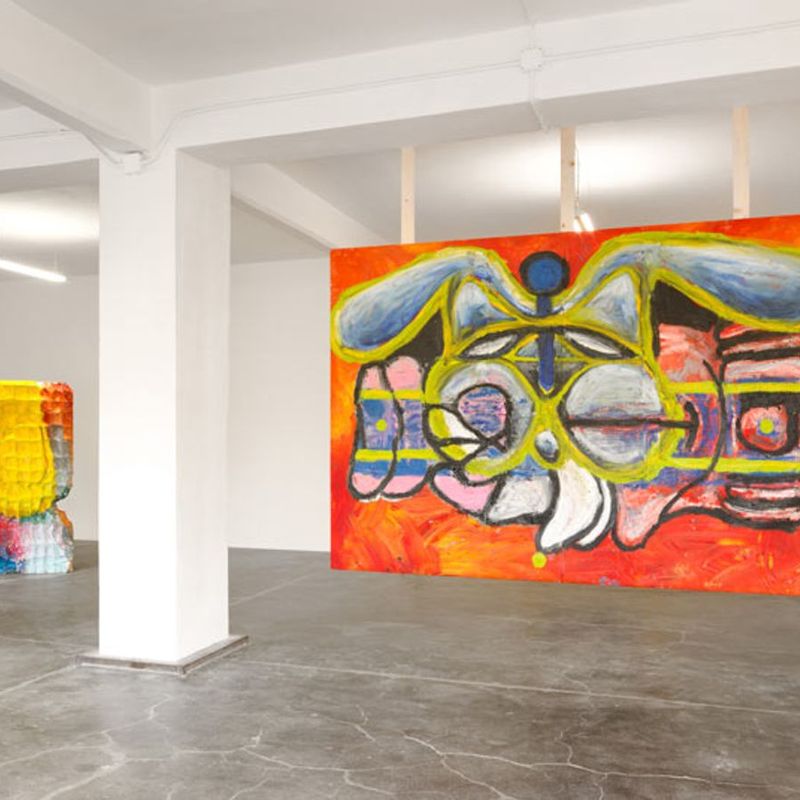