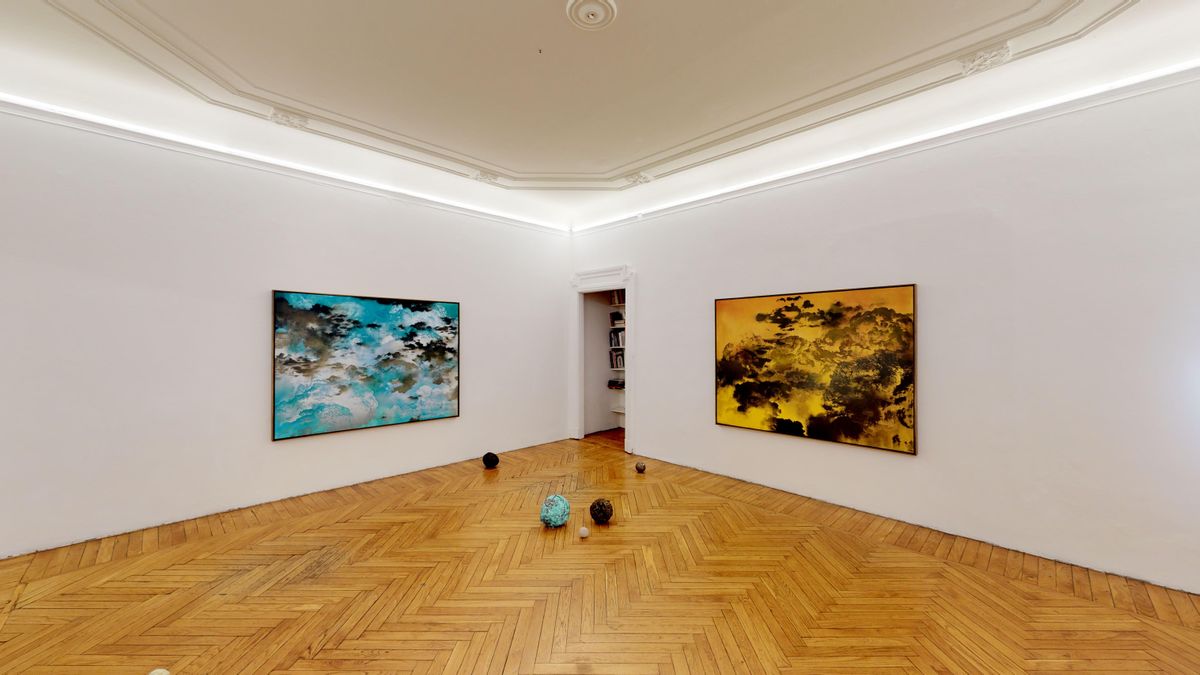 Through his use of unexpected pairings of materials, Jay Heikes’s artistic practice reveals the precarious relationships found amongst the infinite matter of the universe. The only son of a chemist and educator, he is particularly fascinated by the alchemy inherent in the never-ending transformation of one substance into another, revealing the histories and processes sometimes hidden below the surface of our natural and unnatural worlds.

Recent political, social and environmental changes that have upset our way of life and, at times overtaken the content of his recent work, have diverted Heikes’ attention toward the sky in a desperate attempt to escape a sort of post-contemporary society in which there is no solid ground, revealing a futility in dealing with hypocrisy of our times. His words act as a fatalistic warning: “If we heed the lessons in pursuing the sublime, where the beauty stands as the sole reason against fully disappearing into the void, I often wonder if the concept of beauty is becoming thing of the past where the different set of conditions made such an embrace possible”. With this thought the artist confronts an era that he considers distracted, obsessively self-referential and hypocritical.

In a new series of canvases titled Mother Sky, Heikes approaches his work with the sensibility of a sculptor, employing the chemical processes that have long informed his three-dimensional work. Before screen printing forms resembling smoke and clouds, Heikes stains his surface using a combination of vinegar, salt and powdered pigment. During the chemical reaction, these substances generate vibrant and unpredictable tones that transform his skies into turbulent grounds that predict acidic and inscrutable climatic and social situations.

And as if to raise the spectre of an impossible, elemental presence, Heikes includes a series of sculptures known as Minor Planets, small orbs made of materials as diverse as Bismuth, Copper, Niobium and Lignum Vitae that seem as if they are as ancient as our common era. The metals and complementary materials, which over time oxidize and mutate are yet another testimony to the unpredictability of material and form in a way that for the artist “is not practiced, concise or refined”.

A Healthy Dose Of Confusion Before The Bang 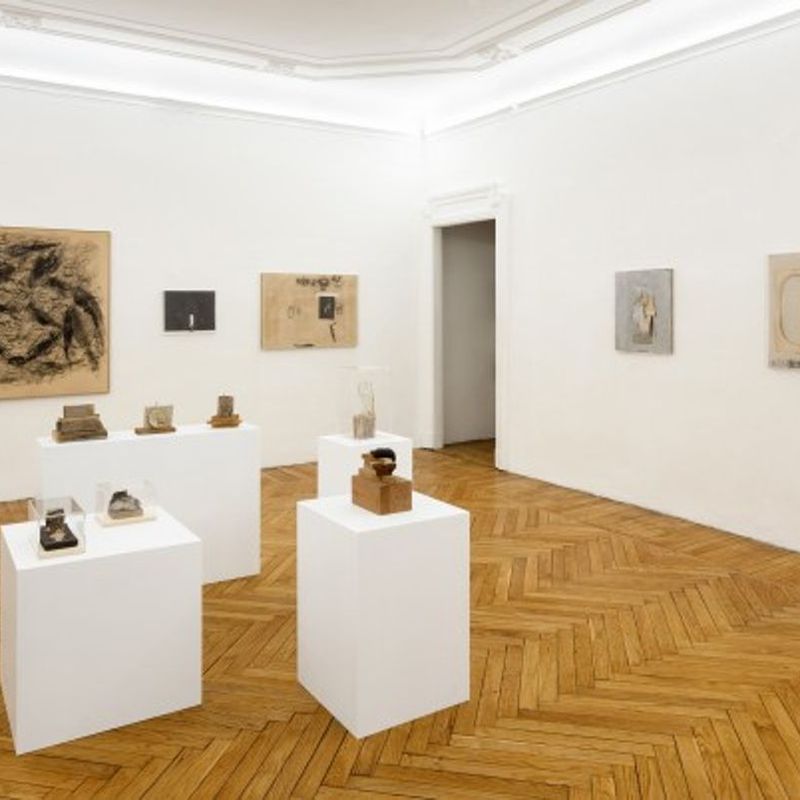 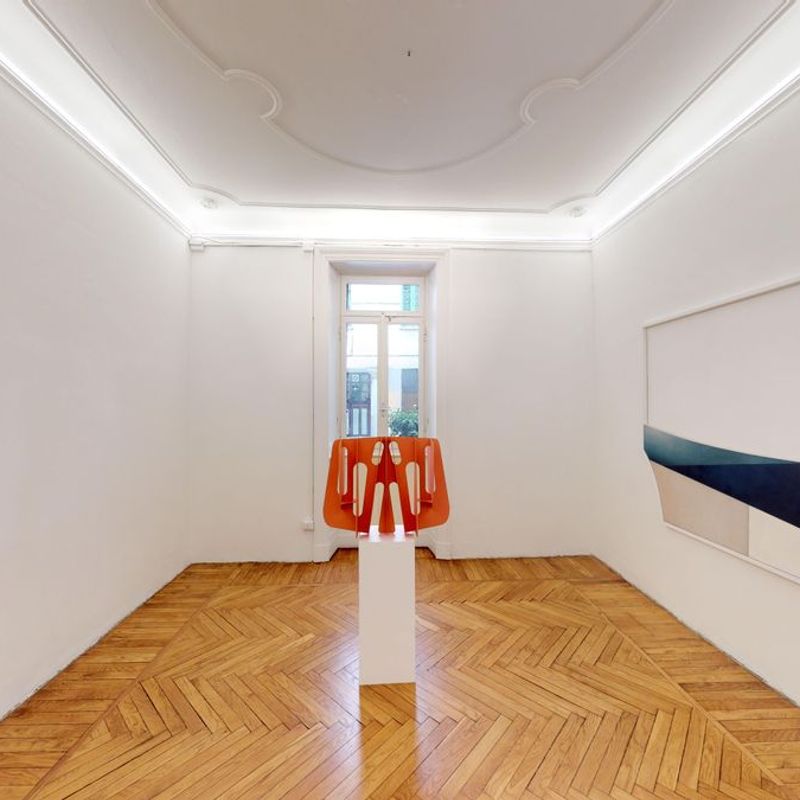 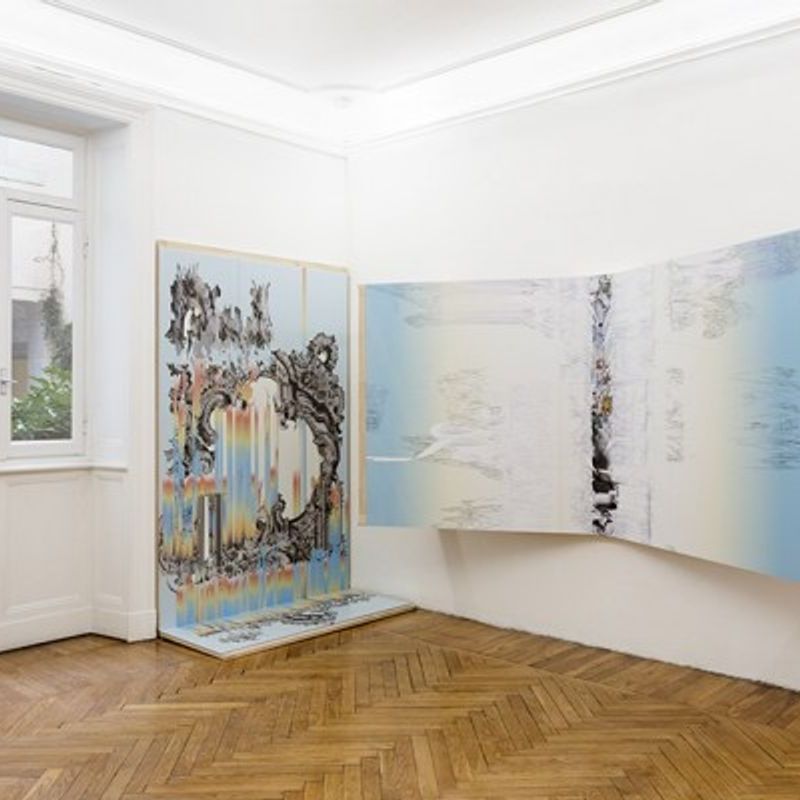