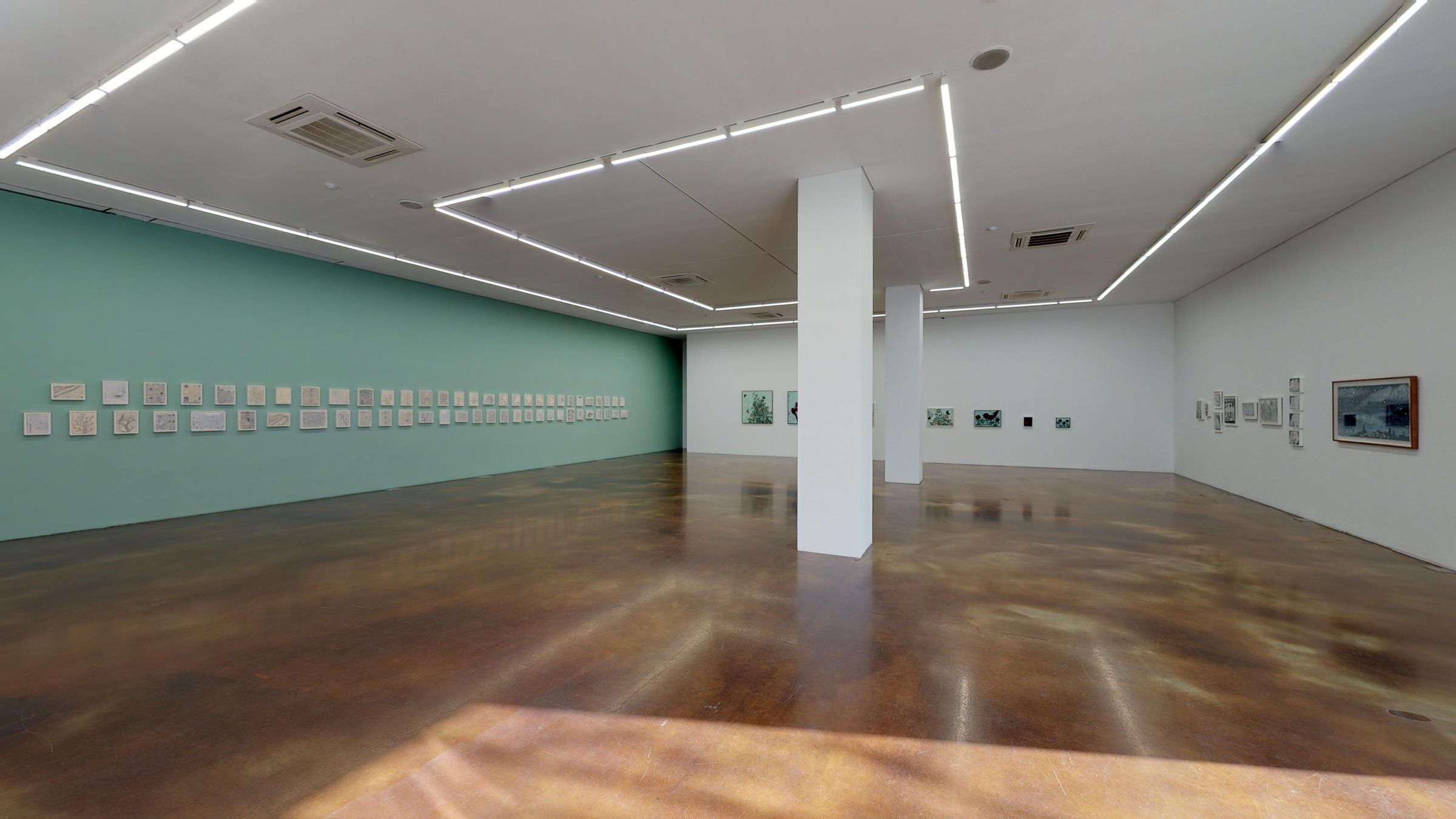 This is the artist’s second solo exhibition at Kukje Gallery since 2011 and his first solo exhibition in four years. Displayed both on the first floor of K2 and in the K3 gallery, Beautiful. Strange. Dirty. will consist of new drawings and paintings in three groups that altogether encompass a series of more than seven distinctive bodies of works. Each highlights the artist’s delicate balance of line and color, as well as his signature use of traditional Korean painting genres, especially landscapes and still life. Celebrated for his unique style and the way he incorporates Eastern and Western drawing traditions, the new works explore Moon’s interest in the subject of “attraction” and how it defines the relationship between autonomous subjects. This approach to drawing captures this synergy by focusing on themes including people, insects, and plants, using a range of mediums such as gouache, oil paint, gesso, and pencil.

The exhibition introduces the series Just Life (2017-2019), which consists of large paintings that incorporate the artist’s new technique of scratching into half-dried paint to leave inscribed marks. This technique of carving lines and drawing by using a tool to incise a mark is also used in a series of drawings titled A Mediocre Landscape (2017-2019) that use pencil to draw directly onto the painted ground. Also on view will be a number of new series of color drawings including Rose and I (2017), Encounter (2018), Water Sculpture (2019), Humane, All Too Humane (2019), and Attraction (2019).

Sungsic Moon’s Just Life series can be seen as a starting point for the entire exhibition, showcasing the artist’s interest in exploring attraction and his decision to focus on flowers as an iconic embodiment of desire, and more specifically how they are designed to attract both humans and insects. Exhibited for the first time, the works evoke traditional oriental painting styles, especially the vernacular subject of the flowering apricot tree. While Moon intentionally adopts this familiar style of looking at nature, he employs a modern set of techniques in order to balance old and new, a synthesis that is central to his thinking and suggests an artistic vision not confined to any era or genre. In particular, the artist’s use of a tool to scratch directly onto the surface of the composition marks his work as contemporary. For the artist, what is of interest is not just the symbolic meaning of a rose or apricot blossom, but also how it can act as a model of consciousness, where human affairs are structured within the flower’s layers as they blossom on the branch―what the artist refers to as “the beautiful, strange, and dirty.”

Attraction is another of the series in Beautiful. Strange. Dirty. and consists of a grouping inspired by a simple but powerful hand gesture made by dispersed families from South and North Korea that the artist witnessed on mass media. The works in this series express the emotional desperation amongst these families and the way attraction is embedded in body language. Exhibited alongside these works is the series Humane, All Too Humane, comprised of 24 gouache drawings. This series depicts the bodies of an intertwined couple. A series of another 24 gouache works, Water Sculpture, depicts silhouetted magnolia flowers that allude to life’s mystery. Another series of over 60 works titled A Mediocre Landscape are made using the artist’s technique of scratching with a pencil onto the surface of oil paint, exposing the canvas and leaving a ghostly white line. In these fugitive gestures, Moon captures the ordinary scenes of contemporary Korea, hinting at the vulnerability felt by ordinary people.

Moon’s work approaches drawing as a practice in which the line embodies the artist himself, and can instantly capture, understand, and absorb the present. This can be seen in his comment that to understand the world he must draw “as much as I understand.” Often understood as a Western tradition, drawing is typically regarded as a tool for study and process, not as a final product. Sungsic Moon challenges this preconception, contending that the line, when intersected with the artist’s act of drawing, can capture something more fundamental. In this way, drawing should be seen as a vital component of modern art. For Moon, this is rooted in and inspired by the tradition of oriental painting, where line quality captures the mood and consciousness of the artist.

Moon’s work explores how these traditional techniques of oriental painting can evolve and become modernized. Responding to the dominant discourse of art history written by Western art historians, Moon questions how Asian painting idioms and philosophy have been ruptured by colonial history, and how the unique methods that connect these thoughts can be reanimated in today’s Korea. For the artist, contemporary Korea embodies a unique place of cultural hybridity and Moon’s approach to drawing powerfully illustrates this aesthetic, balancing different modes and historical traditions, while challenging the strict classification of drawing versus painting. In this way, the artist has created an innovative style characterized by compositions that capture both the immediacy of the artistic gesture with the depth and emotional resonance of traditional painting, heralding his effort to create a new kind of pictorial narrative.

For the artist, this correspondence between the drawn line and emotion has been a consistent theme in his practice. In his first solo show in 2006, Moon introduced landscape paintings in a documentary style along with poetic drawings. Later, as can be seen in his first solo show at Kukje Gallery in 2011 and at DOOSAN Gallery in 2013, Moon attempted to challenge the limit of drawings. This was inspired in part by his travels in 2013 that provided the artist with an opportunity for research. Inspired in particular by frescos drawn by the 15th-century Italian artist Piero della Francesca, as well as the cave paintings in Lascaux, France, the artist began using a primitive gesture of scratching directly onto the media. This process can be seen in his Just Life series and is based, in part, on these historic methods of mark making. Moon uses the scratched surface in order to provide a sense of human touch traced onto the oil paint. For the artist, the physical act of defacement invests the line with both intention and chance. The artist then finishes the work with gouache, thereby infusing it with a harmonious balance of line and form. In this process―what Moon refers to as “thick drawing” works―there is no point in classifying them as either drawing or painting; instead, it is only the “will” reflecting the act of scratching and “chance” as shown through various cracks on the surface.

Allowing for this tension between intentionality and fate frames Moon’s interest in contemporary social values as they compete with traditional culture, mass media, and the Internet. In particular, Moon is fascinated by the conflict between materialism and what he calls “compassion for vulnerable beings.” In Beautiful. Strange. Dirty., the artist’s drawings seek to capture this complexity by synthesizing his desire for a new documentary style by combining traditional genres of image-making with the ordinary everyday aspects of human life.

In all of Sungsic Moon’s works, the depiction of ordinary everyday life as framed by nature and landscape is explored in striking detail, depicted with the fine line of pencil or brush. Embedded in his œuvre are the artist’s own personal sensibilities. Instead of archiving personal memories, however, his practice embodies the active process of looking, showing his own pursuit for the right path as the mid-point in between “realistic things” and “pictorial things.” If the realistic is the archive of Moon’s memory and reality, the pictorial is the artist’s continuing concern of the relationship between himself and tradition. He does this by masterfully rendering these images in a range of mediums and gestures, from pencil drawings and gouache to oil and scratching. 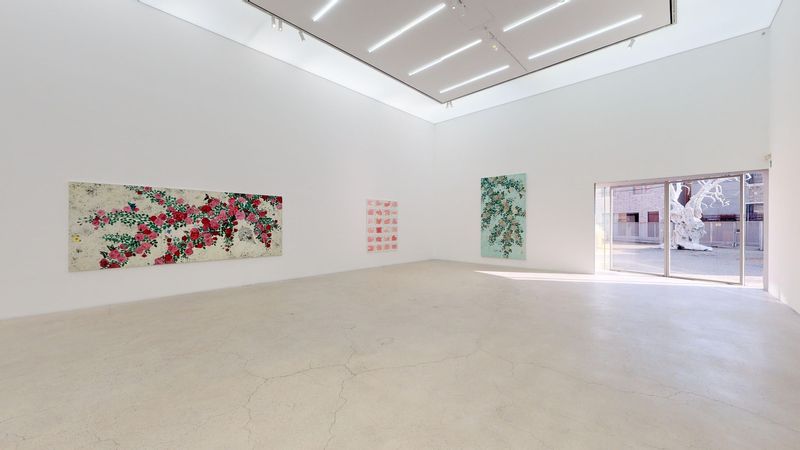 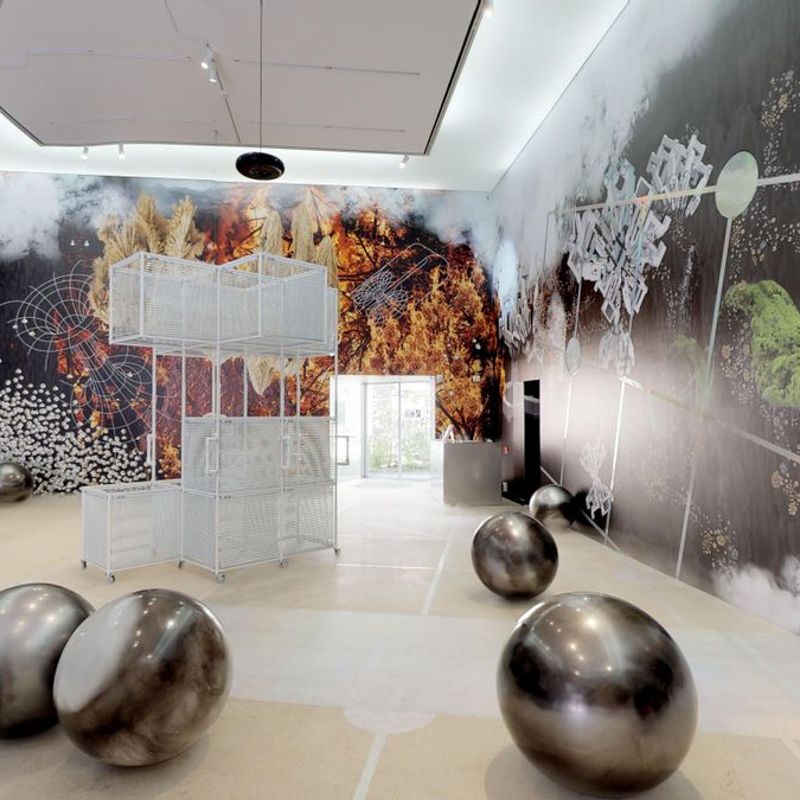 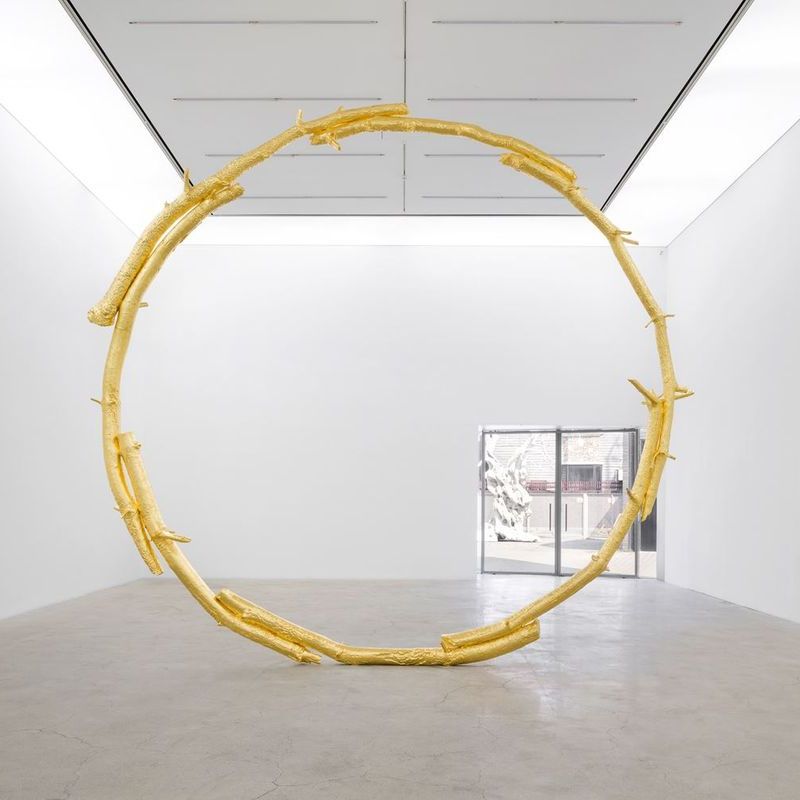