Zhu Wei is an established mid-career artist, who was born in China. Zhu Wei was born in 1966. Born in the same country and of the same generation are Rong Rong, Feng Zhengjie, Chen Wenbo and Ma Liuming.

Zhu Wei most recent exhibition recorded on Artland was at Kristin Hjellegjerde London | Wandsworth in the United Kingdom with the exhibition VIRTUAL FOCUS. The exhibition was open from 08 February 2018 until 24 March 2018.

China has always been a rather enigmatic figure in the eyes of the West, distinctive in its cultural and political institutions and quite restricted in essence, but nonetheless representative of an incredibly refined and artistically lush culture. China remains a pioneer in technology and technical innovation, in the respective domains of the arts and sciences, and an astonishing number of innovations have been established by Chinese artisans. This includes true porcelain, with kaolin as the main ingredient, which was developed in the early 1300s. It is not until 1722 that the Meissen factory in Germany uncovered the fundamental elements of the recipe, thus enabling Europe to manufacture porcelain of the same technical qualities. The art and culture of the Maoist era, which would endure on for decades from the mid-century period, were used as a mean for a number of propagandist ideals, promoting the revolutionary communism of Mao Zedong.

Zhu Wei was born in 1966 and was predominantly inspired by the 1980s. The 1980s were an era of growing global capitalism, political upheaval, global mass media, wealth discrepancies and unique music and fashion, characterised by hip hop and electronic pop music. This had a heavy impact on the generation of artists growing up during this decade. The fall of the Berlin Wall at the end of the 1980s signified the end of the Cold War, yet the era was also distinguished by the African Famine. During this time influential art movements included Neo Geo, The Pictures Generation and Neo-Expressionism, which took a particular hold in Germany, France and Italy. Artists such as Anselm Kiefer, Jörg Immendorf, Enzo Cucchi, Francesco Clemente and Julian Schnabel were primary artists working at this time, alongside Jean-Michel Basquiat, Keith Haring and Kenny Scharf, who developed the street art and graffiti movements, which quickly gained an influential reputation. 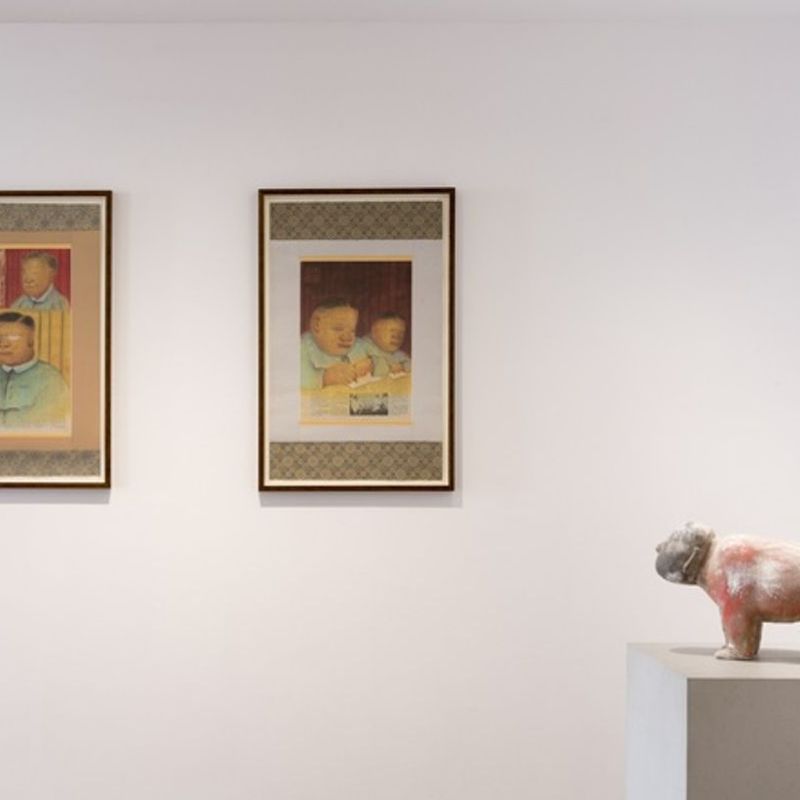