Vito Bucciarelli's work has most recently been displayed during the exhibition Il saltatore at Galleria Antonio Battaglia in Milan, Italy. The exhibition was open from 16 April 2019 until 04 May 2019.

The classical era of the Romans has exerted a significant influence on the cultural and intellectual development of Italy, contributing to the uniqueness of the country and its splendid artistic heritage. Italy is also the country that epitomizes the Renaissance, “Riniscita” in its original language, which signifies “rebirth”. From the early 1400s, the Renaissance has been a fervent era of cultural and political flourishing, engendering revivals in art, architecture, music, poetry and philosophy. Although greatly affected by the fascism of Mussolini in the modern and contemporary era, Italy has never lost its place as one of the most fundamental artistic centres, home to cutting-edge movements such as Futurism and Arte Povera, as well as the expressive painting of the Transavanguardia and the Minimalism related to the Zero Movement. Some highly influential Italian artists from the twentieth and twenty first centuries include Giorgio Di Chirico, Giacomo Balla, Giorgio Morandi, Alberto Giacometti, Lucio Fontana, Michelangelo Pistoletto, Francesco Clemente and Mimmo Paladino.

Vito Bucciarelli was born in 1942 and was predominantly influenced creatively by the 1960s. Artistically, the decade began with the twin movements of Pop and Minimalism emerging parallel to each other. On one hand, Pop advocated the visual culture of the mainstream and mass media, and of products and consumerism. Artwork by artists like Andy Warhol, Roy Lichtenstein, Tom Wesselmann and Claes Oldenberg was inspired by the popular culture of the rapidly developing Capitalism of the United States, using things like advertising, comic books and ideas surrounding celebrity culture as their main visual inspiration. A parallel movement developed on the West Coast in California - a strain that also related to language in art, and is viewed as the initial developments of conceptual art. Minimalism developed a formal language with no external references, predicated solely on line, colour and geometric form as key constituents of both painting and sculpture. The key figures of Minimalism included Frank Stella, Donald Judd and Agnes Martin. Pop Art was a powerful offshoot of minimalism, a discipline that became renowned through the work of artists like Victor Vasarely and Bridget Riley. Around the world a number of artistic movements echoed the creative concerns of the above mentioned movements, often with regional specialties and nuance. In Italy, Lucio Fontana and Piero Manzoni established Spatialism, and in Germany the Zero group under the leadership of Gunter Uecker adopted similar ideas. The influential school of Existentialist Philosophy was an important source of inspiration for artists, with artists like Francis Bacon and Alberto Giacometti achieving international prominence for their distinguishing approaches to the human form and the anguish related to the human condition. 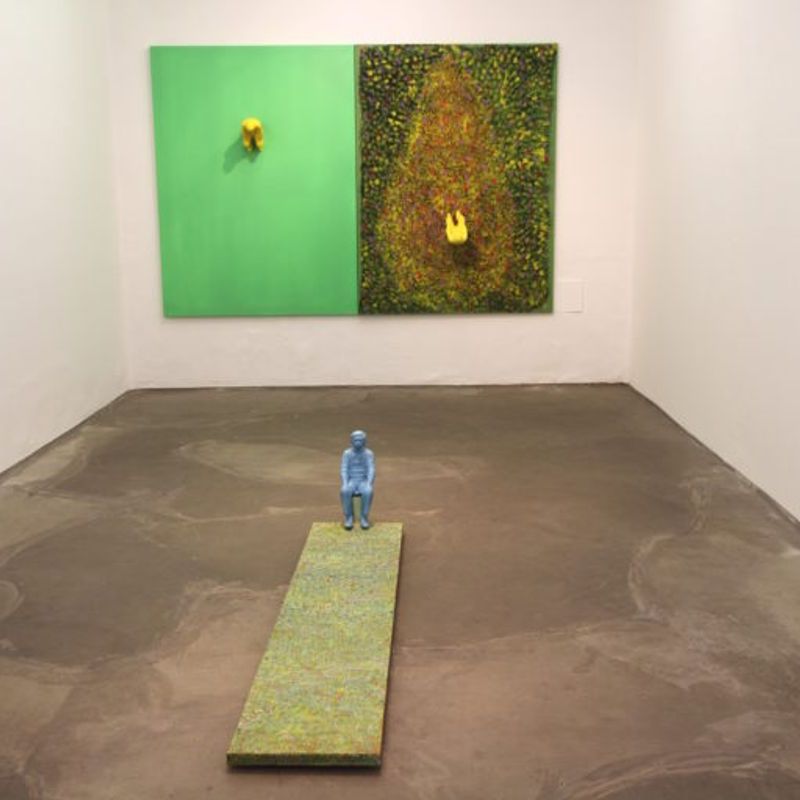