Joachim ( born in 1986) is a renowned urban artist from Antwerp - Belgium. He paints and draws for as long as he can remember and started experimenting with graffiti and streetart in the late 90s. In 2001 he went to art school in Antwerp where he followed an artistic education and got very involved with the graffiti and street art scene in his home city . In 2004 he distanced himself from his academic education and left school without ever graduating.

In the years that followed, Joachim spent a lot of time experimenting with various approaches to graffiti and managed to introduce himself into the Belgian street art scene relatively quickly.

He's famous for his childlike spontaneity and experimenting with different styles. And although He doesn't stick to any particular street art tradition and his work is in a constant state of evolution, we can nevertheless conclude that he has succeeded in creating a style of his own.

Since 2010, In addition to creating street art in various European cities, painting on canvas became Joachim’s main activity. The big difference with his murals is that Joachim never makes preliminary studies or sketches when he starts working on a canvas. Paradoxically, he feels freer (and less inhibited) within the four walls of his studio. We see that feeling reflected in his paintings. They radiate a more naive feeling and come about in a much more spontaneous way. His first solo show came in 2014, the same year he decided to become a full-time artist. Since then, his works have been exhibited in numerous group and solo shows both at home and abroad.

After his work was exhibited in 2015 at the 'underground' group show (curated by 'Graffitreetreet') in London, Joachim appears increasingly more on the international stage. 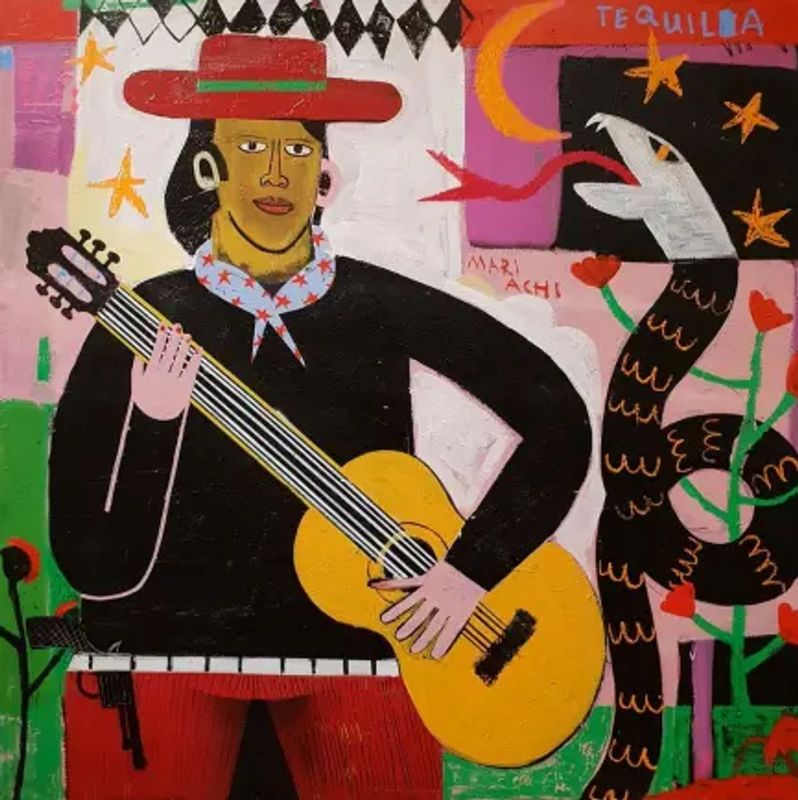 On the spur of the moment