Gianni Madella was born in Mantova in 1931. After taking his degree at Adolfo Venturi Institute in Modena (decoration class by Spazzapan Professor), he had been attending for four years Virgilio Guidi Professor’s classes at Bologna Art Academy. Thanks to this Master he could meet contemporary artists in a very free way. In a first time he looked at Fontana, Burri e Rothko, than he addressed his attention to Fautrier as well as De Pisis work. On these artists’ artworks and on Pollock artwork he developed a series of sketches. From Fautrier he inherited a magical way of treating the matter, like his “spolvero” works where he insert mythology. From the second he took the capability to control his impulsive gesture. Guidi was like a classical medium between these two mostly for the topic and the style of Tumults and of Human and cosmic architectures. Moving to Milano Madella took part to an anti-modernism and anti-abstraction pictorial movement. He didn’t like his generation who was from his point of view too much interested in the aesthetic of objects and spaces. He didn’t want painting to be hedonistic; so he suggested forms full of energy and spirit. The image meant to him an important cultural archetype. He therefore took inspiration from late Medieval and Humanistic forms, from Giotto and Beato Angelico to Giacometi and Licini; these forms on his canvas become wings, thrones, domes and columns. 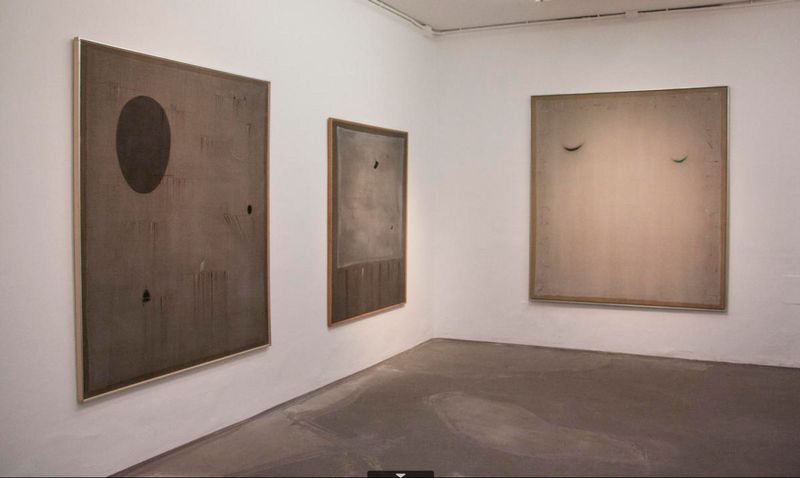