Francesco Correggia is seen as an established contemporary artist, who was born and brought up in Italy, like other celebrated artists such as Merz Mario, Giovanni Anselmo, Silvio Wolf, Mimmo Rotella, and Armando Milani. Francesco Correggia was born in 1950.

The classical era of the Romans has exerted a consequential influence on the cultural and intellectual development of Italy, contributing to the uniqueness of the country and its sumptuous artistic legacy. Italy is also the country that embodies the Renaissance, “Riniscita” in its original language, which signifies “rebirth”. From the early 1400s, the Renaissance has been a fervent era of cultural and political awakenings, engendering revivals in art, architecture, music, poetry and philosophy. Although greatly affected by the fascism of Mussolini in the modern and contemporary period, Italy has never lost its place as one of the most essential artistic centres, home to pioneering movements such as Futurism and Arte Povera, as well as the expressive painting of the Transavanguardia and the Minimalism related to the Zero Movement. Some highly influential Italian artists from the twentieth and twenty first centuries include Giorgio Di Chirico, Giacomo Balla, Giorgio Morandi, Alberto Giacometti, Lucio Fontana, Michelangelo Pistoletto, Francesco Clemente and Mimmo Paladino.

Born in 1950, Francesco Correggia's creative work was largely inspired by the 1960s. Art turned into a vehicle for ideologies and other agendas, with Pop and Minimalism appearing simultaneously as the most defining art movements of the decade. Pop Art in New York city embraced the culture of mass media and mass consumerism, with Artists such as Andy Warhol, Roy Lichtenstein and Tom Wesselmann getting stimulated by television, comic strips, billboards and other products of the rise of Capitalism for their artworks. On the other side of the country, the West Coast in California, the first features of what would be known as Conceptual art were developing. Minimalism developed the crucial idea that art should exist in its own reality, and not try to mimic the real world. Born of a desire to obliterate all pre-established conceptions about art, Minimalism turned into a radically progressive movement, highly influential worldwide, with artists such as Frank Stella, Donald Judd and Dan Flavin as key figures. Minimalism became significant through the works of artists such as Victor Vasarely and Bridget Riley, while Pop art was a fundamental by-product of the latter, at the same time critiquing and glorifying popular culture. The iconic contemporary art movements that reverberated through the wave of radicalism of the 1960s also had their own nuances and scopes, particular to different regions or countries. Spatialism, for example, was established in Italy by Lucio Fontana and Piero Manzoni, and its ideologies adopted by the Zero group in Germany. Across Europe, the philosophy of Existentialism strongly influenced artists like Francis Bacon and Alberto Giacometti, who sought to depict the raw human emotions often connected to reflections on death and the haunting angst of the meaninglessness of life. 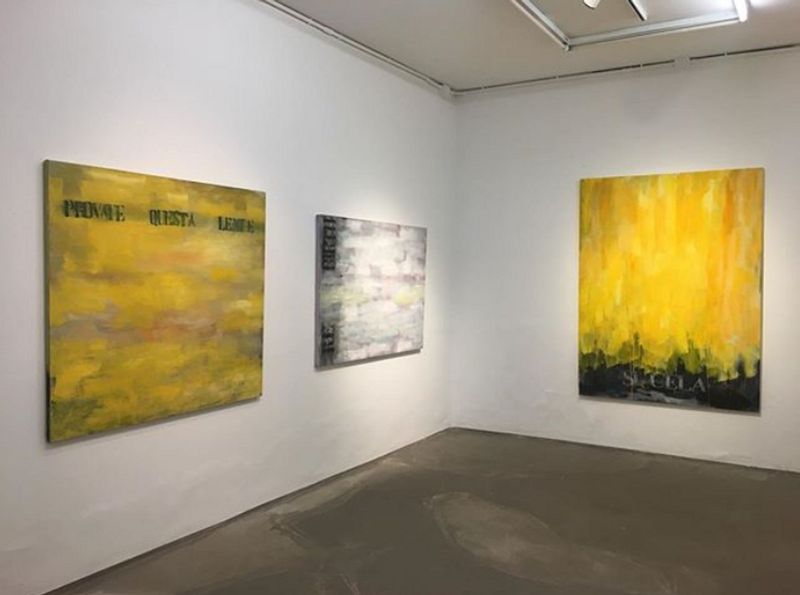