Born in Paris in 1954, Claude Chaussard devoted himself to the visual arts after having obtained his diploma of architect. An intimate art, restrained to the extreme, open to the invisible. Whether working in two dimensions (works on canvas or on paper) or in three (artist's books, sculptures or public art), Claude Chaussard remains faithful to the same approach: the medium decides on the itinerary. The artist highlights the moment, the ephemeral. From the tamed technique, mastered, emerges a language, a grammar where everything is always "in the process of ...". To fade, to change, to develop, to last. The silver point, as at the time of Vasari, passes from gray to bronze; in the light, the linseed oil is colored while the shadow erases it. But if Claude Chaussard has made time and the unpredictable the main instruments of his work, he has banished arbitrariness. When he pinches the chalk that slaps and throws the chalk, it is with the precision and concentration of the archer that releases the arrow.

Since 1982 he has continued to exhibit his visual work mainly in Paris and Montreal (Galeries Regards, Charles Sablon, Romagny ...). His research, rigorous radicalism combined with extreme sensitivity, brings him closer to Antonio Calderara. 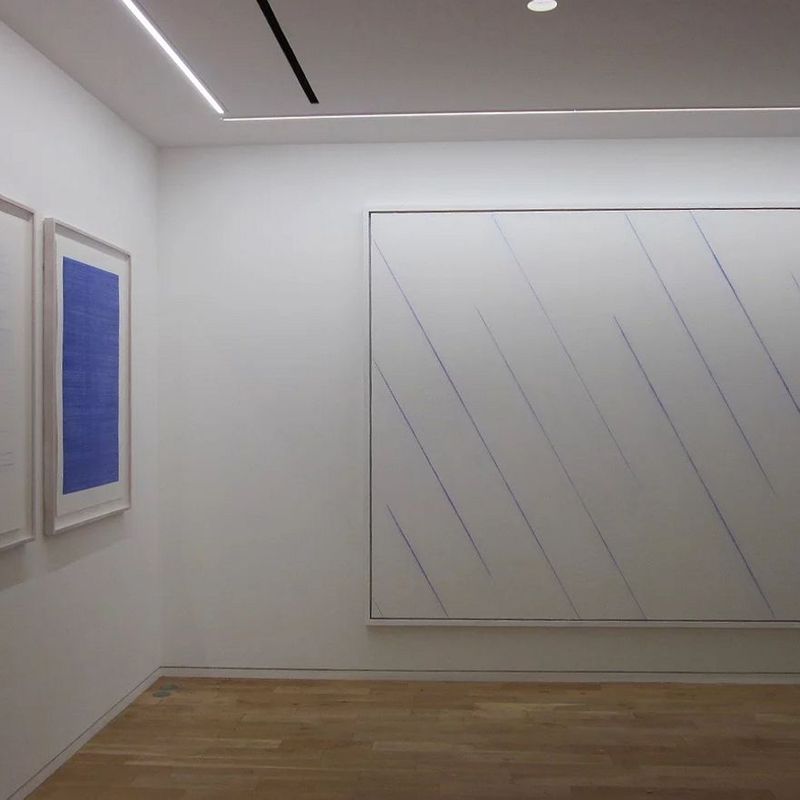