Tiling and layering various snippets and motifs in his colorful and complex compositions, Dorland selects references from his modern world to enter the visual mêlée of his work. His skill is revealed, though, as the viewer of Dorland’s work can nevertheless still make sense of this chaos once he or she begins the process of unweaving the various threads that Dorland so carefully ties together in each composition.

Born in Montreal, Quebec, in 1978, Dorland now works in New York. He first studied fine arts at Dawson College and then went on to earn his BFA from Purchase College – SUNY in 2002. He was awarded an Art & Law Program Residency at Fordham Law School in 2013 and also won an award from the Canada Council in 2016. Dorland’s recent solo exhibitions include “Entertainment Hardware” at the Museo de Bellas Artes in Santiago, Chile (2014); “Happiness Machines,” at Super Dakota in Brussels, Belgium (2016); and “Sun Stalker” at Aetopoulos in Athens, Greece (2018). 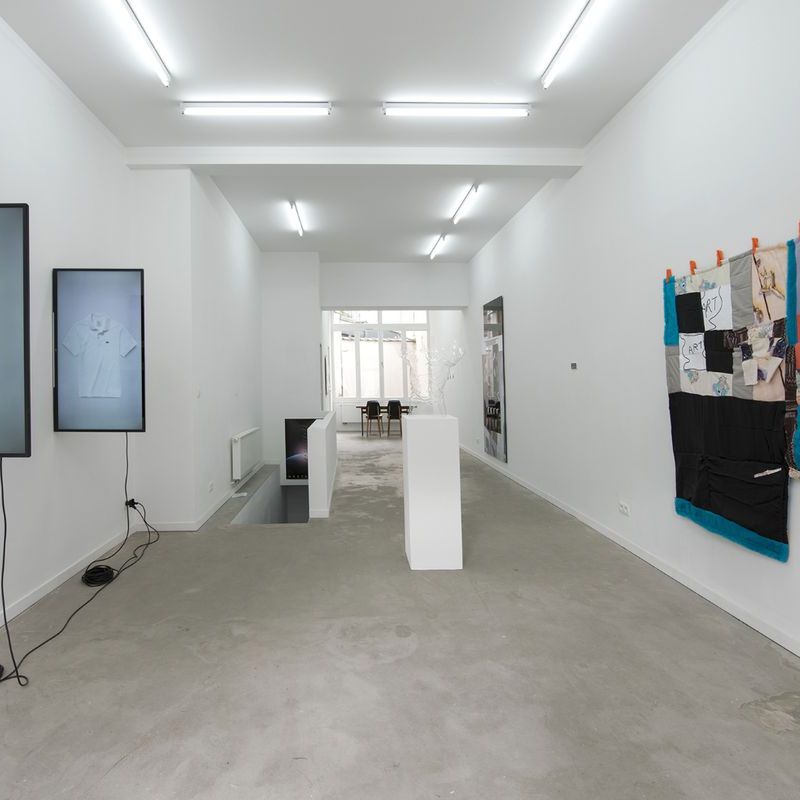