Brian Fahlstrom is an established mid-career contemporary artist, who originates from the United States, like other artists such as Rita Mcbride, Cordell Taylor, Lauren Davis, Darryl Lauster, and Lawrence Weiner. Brian Fahlstrom was born in 1978.

On Artland Brian Fahlstrom's works can be found in the collection of Jimenez -Colon Collection, who for instance also has works by other artists including Yung Jake, Sarah Derat, and Hur Kyung-Ae.

The United States has been a prominent country in the development of modern and contemporary art in the twentieth century, particularly in the post war era, when the cultural status of New York asserted its influence over Paris, formerly considered as the most significant art centre internationally. Major art movements developed and fostered in important ways throughout the United States include Abstract Expressionism in various forms, Pop Art, including its West and East Coast variations, Minimalism, Conceptual Art, Neo-Expressionism, Graffiti and Street Art, plus a multitude of post-modern repetitions of these many movements. In the modern and contemporary era, the United States has exercised a strong influence over the global visual culture, due to the dominion of its economic and political institutions. Key examples of world renowned U.S artists of the modern and contemporary period include Jackson Pollock, Mark Rothko, Jasper Johns, Robert Rauschenberg, Cy Twombly, Andy Warhol, Roy Lichtenstein, Frank Stella, Donald Judd, Cindy Sherman, Barbara Kruger, Julian Schnabel, Jean-Michel Basquiat and Keith Haring.

Brian Fahlstrom was born in 1978 and was largely inspired by the 1990s. Art in the 1990s was defined at the beginning of the decade by a group of artists in the United Kingdom that came to be known as the YBAs, or Young British Artists. They were a diverse group of artists, affiliated loosely by their age, nationality, and their association with Goldsmiths and the Royal College of Art in London, as well as being favoured by super collector of the time Charles Saatchi. The most famous artist of the group is Damien Hirst, who was also an early organiser of group activities. Other members included Chris Ofili, Tracey Emin, Marc Quinn, Gavin Turk, Sarah Lucas and Sam Taylor-Wood. Much of their art became noted for shock tactics and the sensationalism of both material and message. They also became famed for their use of throwaway materials, wild-living, and an attitude that was simultaneously counter-culture rebellion but also entrepreneurial. They gained considerable amount of media coverage and dominated British art during the decade. Their international shows in the mid-1990s included the now legendary ‘Sensation'. Conceptual photography led by German ideas and artists came to prominence. Artists such as Andreas Gursky, Thomas Struth, and Wolfgang Tillmans gained international recognition, and inspired other artists such as the Canadian Jeff Wall, who experimented with the kind of cinematic expansiveness associated with the German artists’ work. Painters like Albert Oehlen and Martin Kippenberger exerted a notable influence on less established artists. 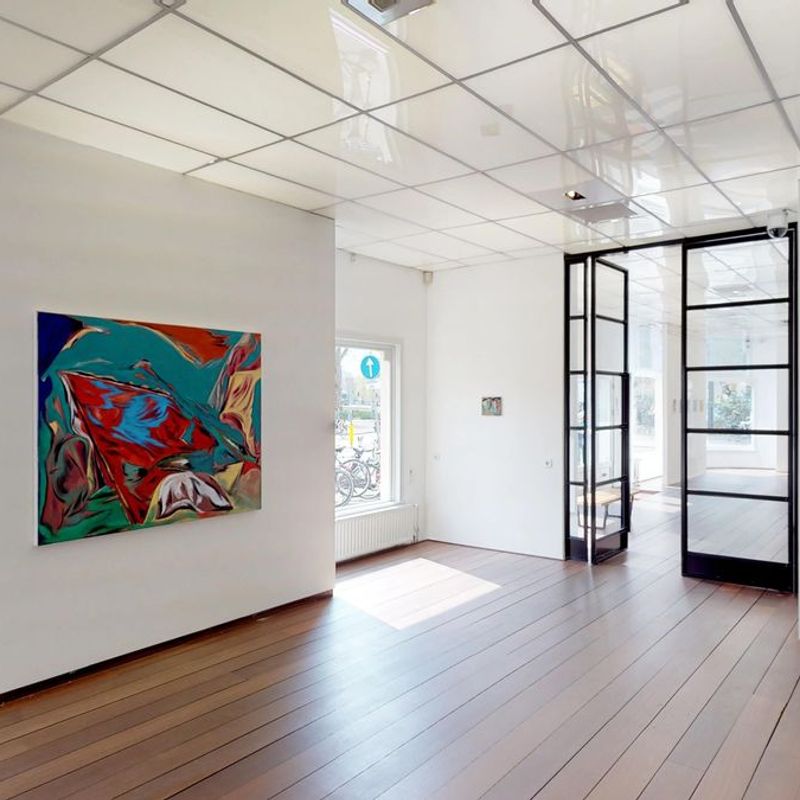